Inspired by the lovely weather, I went through some photos taken last year during a visit to the royal greenhouses of Laeken (Serres Royales de Laeken).

Every year, for three weeks only, the Belgian royal family open their greenhouses to the public. This year, the royal greenhouses will be open for all to visit from 18 April to 9 May.

During the annual “open house”, you can pretend to be the queen (or king) as you stroll through the impressive 19th century metal-glass complex and admire the verdant surrounds. It won’t be quite the same royal experience as you will be joined by many visitors. Don’t worry, there will be plenty of space as the greenhouses span six acres (2.4 hectares). 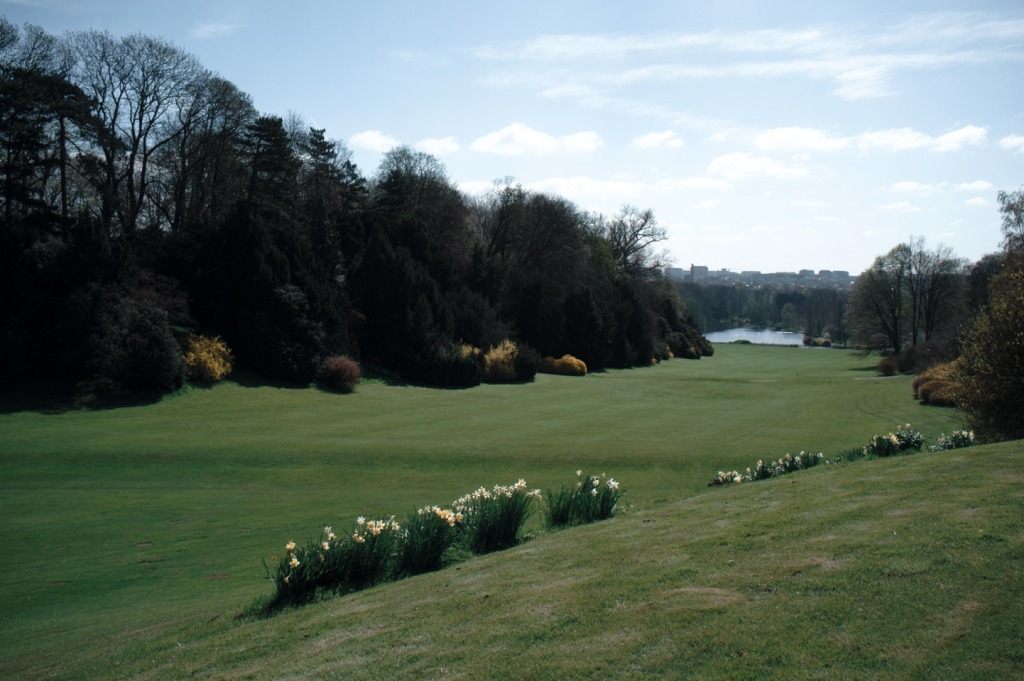 Alphonse Balat, Victor Horta’s teacher, was commissioned by Léopold II to design the royal greenhouses. Built between 1873 and 1895, the greenhouses inspired a new wave of Belgian architectural design which led to the creation of the Art Nouveau style.

The design is impressive, both in terms of its vast scale and elegant aesthetics. I love how the massive iron structures, doomed galleries and interconnecting glass-roofed corridors come together to shelter the delicate flowers and exotic plants from the fickle Belgian weather.

What was Balat’s inspiration for this landmark? Some say it was the famous Royal Botanic Gardens, Kew in London, which was completed in the mid-18th century. 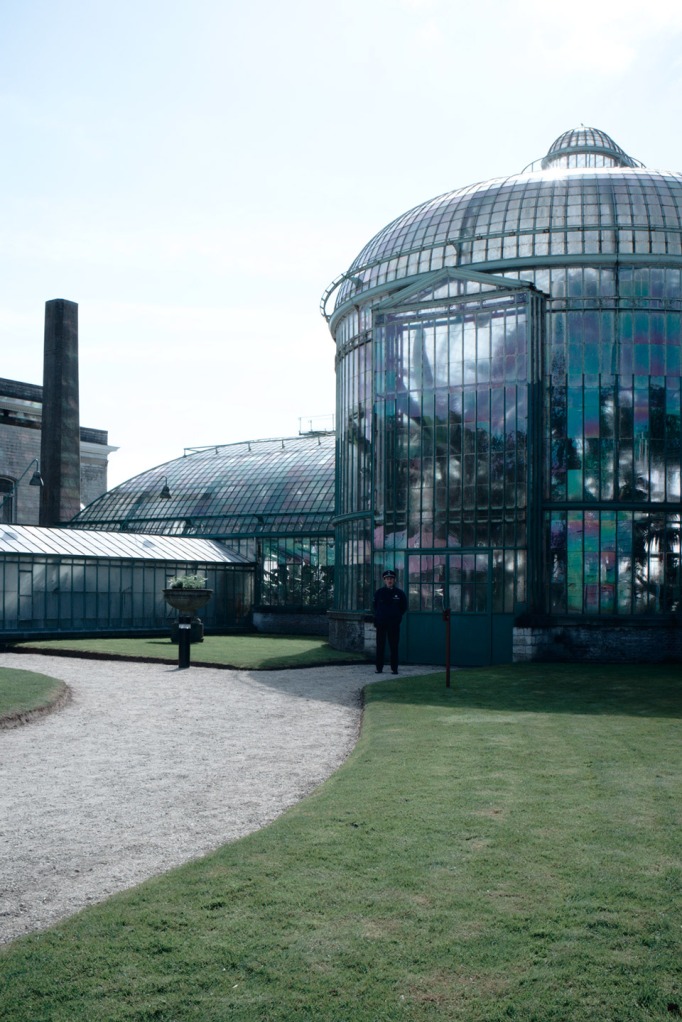 It felt surreal walking through the serres.

Not only were we surrounded by lush exotic plants within the towering metal-glass interiors, there were running fountains, chandeliers and endless corridors lined with colourful blooms. It was like being inside a gigantic space craft with its own jungle and entertaining salons. Not that I’ve actually being inside one, but I imagine it would look like this if it exists! 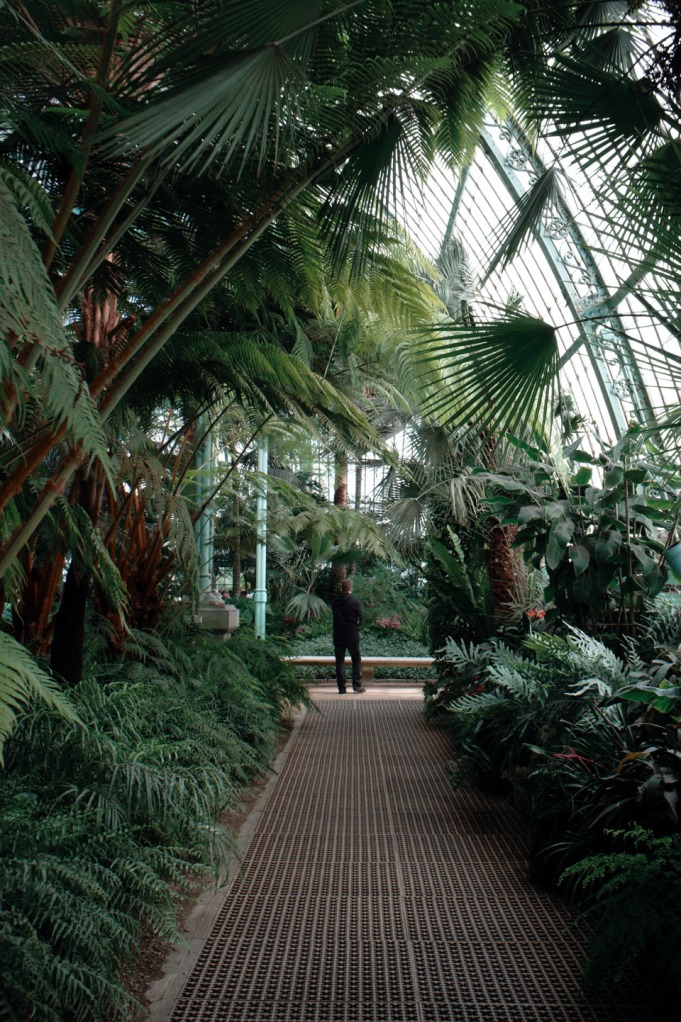 Elisabeth of Bavaria, who was the Queen of Belgium and married to King Albert I, used to paint and work on sculptures in one of the greenhouses. Her studio has been left intact for visitors to see, albeit from behind a barrier.

When we were there, there was sunlight coming into the studio, which added to its sereneness. I love the views from her studio. If I were to have an atelier like this, I will certainly be inspired to draw!

Here’s an article by Eleanor Roosevelt who recounted her visit to the former queen in the greenhouses in her “My Day” column in 1948.

This being a series of greenhouses, there were flowers everywhere. It was un grand plaisir to walk amongst these pretty gay blossoms!

I’m not a flower-person and wasn’t able to identify most of them except for birds-of-paradise. A quick research online showed that there were also lilacs, geraniums and camellias, as well as azaleas, the Belgian national flower. 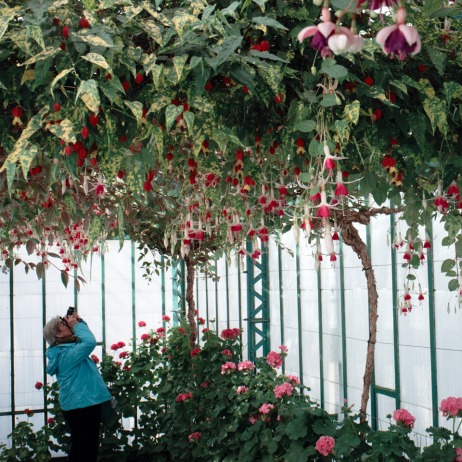 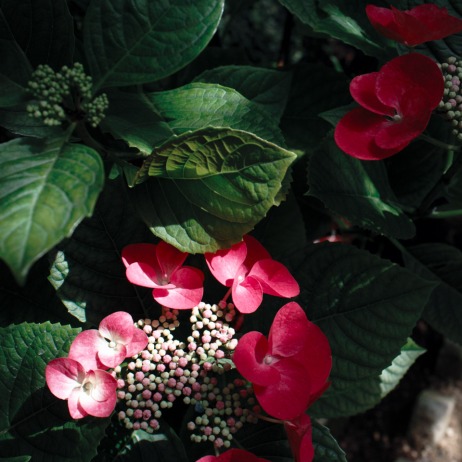 We spent around an hour walking through the greenhouses. My favourite part was the immense jardin d’hiver (winter garden).

Built between 1874 and 1876, this was the first greenhouse within the horticulture complex to be constructed. The winter garden features a towering dome under which tall palm trees, planted during the reign of Léopold II, continue to flourish.

The Belgian royal family used to host receptions in the winter garden. The ambiance during those events must have been magical!

Some photos of the winter garden that AB took with his rangefinder using some of my expired films: 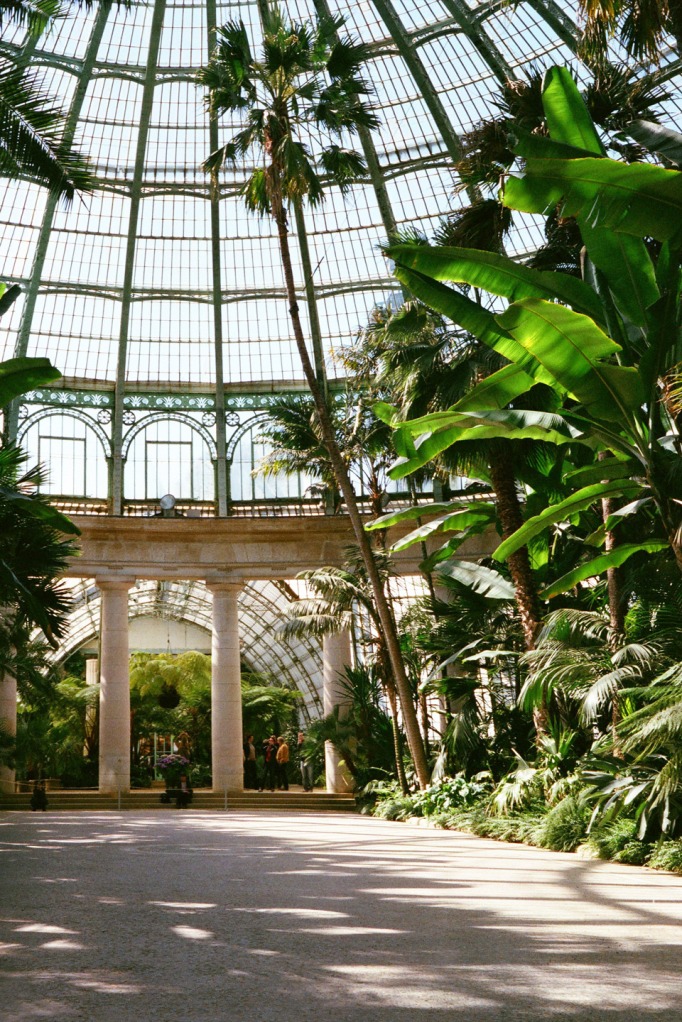 The royal greenhouses are perfectly described on the Belgian monarchy website:

In English: The complex takes on the appearance of a glass city set amid a hilly landscape. The monumental pavillons, glass domes, large galleries that spread across the terrain like covered streets, are much more than just an exercise of the use of iron and glass in architecture or small greenhouses with exotic plants. What the royal greenhouses express is related to architecture and, more precisely, a major construction project – that of an “ideal glass palace”.