If not for Guy and Léona Dessicy, Brussels would have lost another Art Nouveau masterpiece. 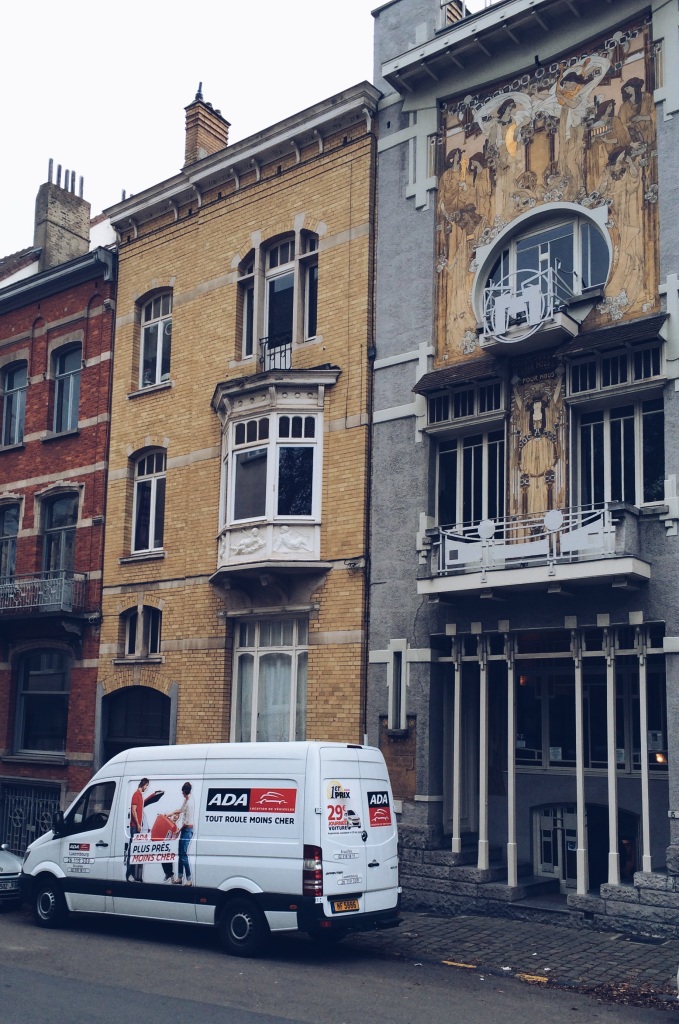 I had written about Maison Cauchie in a post earlier this year after my first visit. Last month, I got to enjoy some rare Asian tea at Maison Cauchie (thanks to Jing who runs the excellent Source de Lumière tea shop).

Before the tea tasting, there was a guided tour led by Michèle Dessicy, who is the daughter of Guy and Léona Dessicy. It was interesting to learn more about Maison Cauchie from her (I was distracted and awed by the beautiful sgraffito during the previous visit and didn’t pay attention during the tour).

I also enjoyed the familial anecdotes that she shared with the group.

Are you still reading?

Good. Here’s my favourite anecdote from my last visit to Maison Cauchie:

In a corner of the salon is a chair with a framed letter on it. This is a letter from Gérard Dutry, a professor at the Catholic University of Louvain / Université catholique de Louvain who is teaching architectural engineering students how to draw.

In summary, in English:
Gérard had chanced upon one of the chairs that had been thrown out of the house by its previous owners. In appreciation of the Dessicy couple’s passion and dedication in restoring Maison Cauchie, he offered the chair to them, 24 years since he first found it.

Reading his message to the couple makes me smile every time. Apparently, he made several portraits of his students in the chair over those 20-odd years.

This photo taken by Paul Cauchie shows his wife, Lina leaning back in one of these chairs, years before they were abandoned in the street. I love the tenderness in this photo.

Photography is not allowed in Maison Cauchie for various reasons. I took these as unobtrusively as I could with my phone for my own records and made some colour/light adjustments using the vsco cam app. I hope these would encourage you to visit Maison Cauchie if you were to visit Brussels in the future.

The photos do not show how magnificent the building is nor the impressiveness of the sgraffito in the salon.

The latter, which depicts the five senses, is mesmerising. It was a privilege to be in the middle of the salon and be surrounded by such beauty. A masterpiece that would not be possible to see today if not for Paul and Léona Dessicy.

Address: 5 rue des Francs, Etterbeek commune in Brussels, Belgium
Open for visit: First weekend of every month from 1000-1300 and 1400-1730
For more information: www.cauchie.be

7 replies on “Maison Cauchie: One of Brussels’ Art Nouveau masterpieces”