A typical weekend in Paris

Paris is my favourite city in Europe. There’s always something to be discovered and I’m happy to spend hours walking around.

Having lived here for a year, there are some things that I look forward to whenever I’m back in Paris. Here’s sharing what a typical weekend in the City of Light is like for me.

If you’re expecting information on the newest/hottest/best places, you’ll have better luck elsewhere. What you’ll see below are some of my favourite places and things to do in Paris, stuff that I’d be doing if I were still living here.

Belleville is my favourite neighbourhood in Paris. It’s unpretentious and spirited, a little grimy with a dash of bobo chic, and home to one of the largest populations of Chinese and Vietnamese communities in the city (second only to the 13th arrondissement).

When we don’t feel like cooking in AB’s studio, we head out for a casual lunch at one of the many Vietnamese eateries such as Pho 13, Dông-Huông and Tin Tin. We can always count on Chinese restaurants like Le Pacifique and Tai Yien to be open at midnight and serve dim sum, roast meat and hot soup. 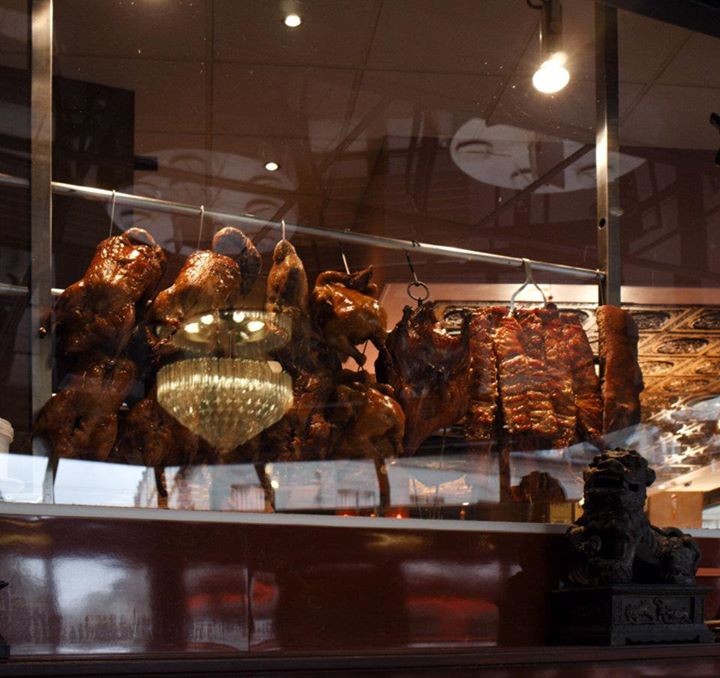 Every time I’m in Paris, I look forward to eating a bowl of vermicelles de riz avec nems végétariens / rice noodles with vegetarian spring rolls at Rouleau de Printemps (42 Rue de Tourtille). The spring rolls are some of the best I’ve ever had – in Paris or anywhere else in Asia.

Not to be confused with the nems that are stuffed with pork or beef, these spring rolls are fried on order and served with a generous portion of raw carrot, cucumber, beansprouts and lettuce. 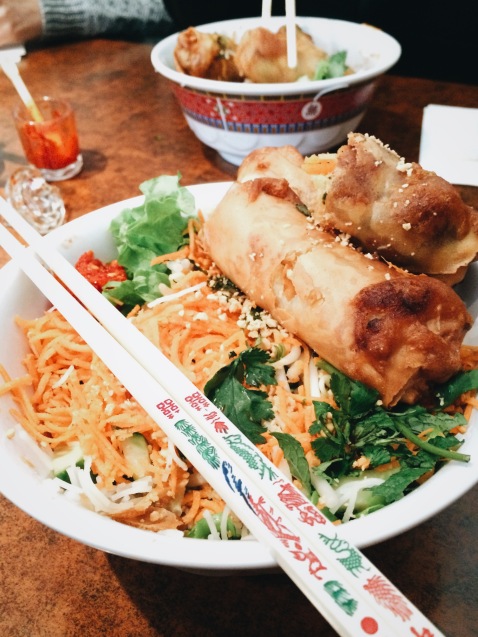 Living in Brussels, one of the things I miss about Paris is the abundance of good bakeries. The smell of freshly baked bread – I prefer sourdough and bread with nuts and fruits to the plain baguette – lifts up my spirits every time I step into a bakery.

I’d always ask for the crusty end of the pain aux trois fruits / bread with three fruits whenever I’m at my favourite neighbourhood bakery, Les Délices de Parmentier, which is round the corner from AB’s place.

I’m spoiled for choice when it comes to sweet treats and baked goods in the neighbourhood. Some of my favourite places include: 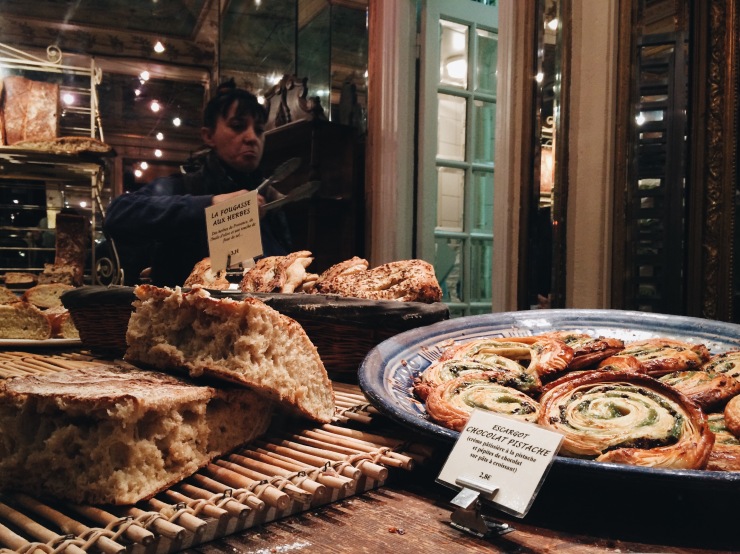 Liberté: This bakery opened a year ago. When I first walked in front of it, I wasn’t sure what to make of it as the striking marble counter, unfinished walls and fluorescent light tubes looked like they belonged in a trendy fashion boutique or wine bar. 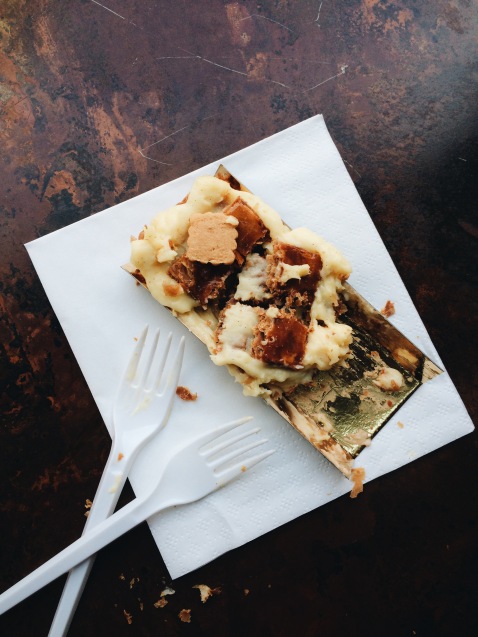 The pastries at Liberté taste as good as they look. I’m always in a dilemma when facing these rows of gorgeous treats. If I’ve some time, I’d order a coffee and a tarte au citron or clafoutis and enjoy them at one of the window tables.

3. Walk off the calories and go on a dérive

Paris is a city that is made for walking.

I love that pedestrians have priority here over motor vehicles. I usually could walk non-stop for hours, stopping every now and then to look at things. Thanks to AB, I learned today that I often go on a dérive.

According to Wikipedia, “a dérive is an unplanned journey through a landscape, usually urban, on which the subtle aesthetic contours of the surrounding architecture and geography subconsciously direct the travellers, with the ultimate goal of encountering an entirely new and authentic experience.”

Sounds much better than “walking aimlessly”. I like it!

The city also has one of the best public transportation systems in the world, making it easy to get around.

The city’s cosmopolitan spirit is clearly expressed in the wide variety of good restaurants serving food from around the world – for instance, Indian, Mexican, Vietnamese, Italian and Spanish.

We love going to Rue Sainte Anne, which is near Opera Garnier. While there are several good Japanese restaurants in other parts of Paris, this is the place to go to if you want Japanese food but are not too sure what. You can choose from ramen, okonomiyaki, red bean donut, teppanyaki, sushi, or even Japanese-style tapas at an izakaya.

5. Visit an art or photo exhibition

Paris is a great city to live in or visit if you’re interested in the arts and culture. There is always at least one exhibition that I’d like to see whenever I’m in Paris.

Recent ones that I visited include a major retrospective on the woodcut prints that Hokusai created throughout his lifetime at the Grand Palais, a showcase of Art Deco influence during the 1930s, and a series of paintings of Japan across the seasons at Musée Cernushi.

I usually look up what’s on show and plan ahead on which exhibitions to go to. The larger museums are often crowded during the weekends, so it is strongly recommended to buy tickets online so as to avoid standing in line for an hour.

There’s so much to do whenever I’m back in Paris, even if it is for a few days or a weekend. Perhaps this calls for a second post on the same subject?

Meanwhile, it’s time to head out for a glass of wine (or two). Au revoir!

4 replies on “A typical weekend in Paris”