When I first moved to Brussels, I stayed at the Sheraton hotel at Place Rogier for several weeks before I found an apartment and moved into it. Initially, I had no idea what the neighbourhood was like nor any inkling that Gare du Nord – just a few minutes away on foot from the hotel – is one of the main red-light districts in Brussels.

AB and I often took walks after dinner, walking in the south of the hotel along Boulevard Anspach and Boulevard Aldophe Max. One evening, I noticed that we were walking past several sex shops selling videos, toys, etc. and stopped to photograph the exterior of a slightly run-down cinema that caught my eye. I liked how it quietly stood out amongst its brash, bright neon-lit neighbours, a throwback to the 60s or 70s with vintage illustrated posters of women with come-hither looks plastered outside. 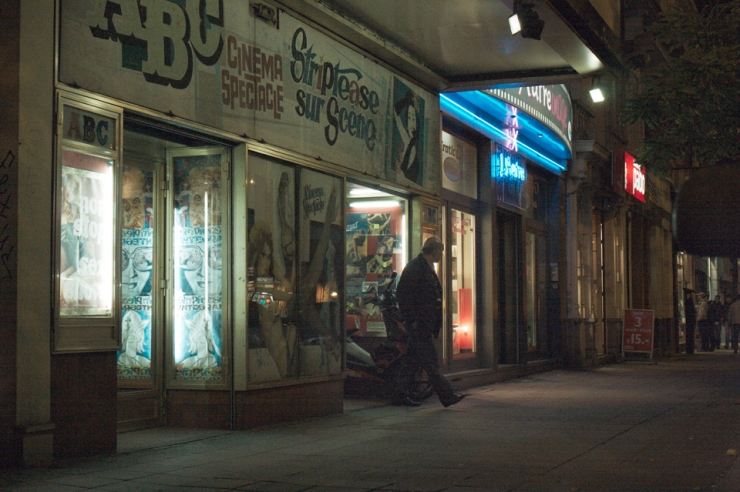 As I braced my camera in my hands – there was very light around me, a sudden rush of loud laughter and footsteps emerged. Two young men were racing down the pavement with broad smiles across their faces. A fleeting moment. I’m happy that I managed to get a clear shot. 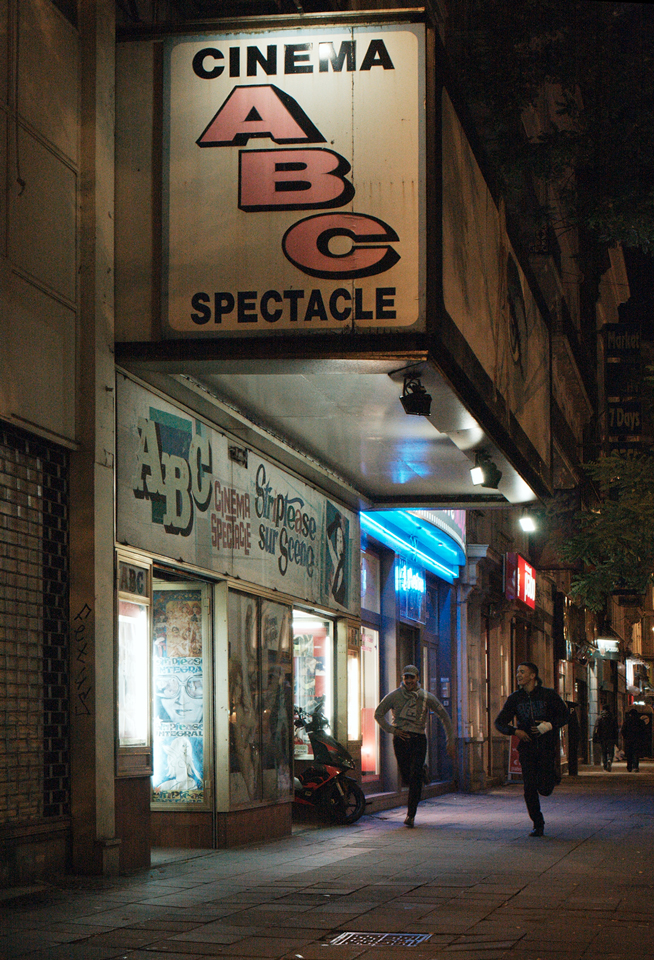 Just moments ago, I was reading something online – and now, I’ve completely forgotten about what! – which reminded me of these photos that I took in 2010. I decided to check on Google the name of the street and what do you know? The first result was the ABC Cinema itself, even though I had not typed the name in the search bar! 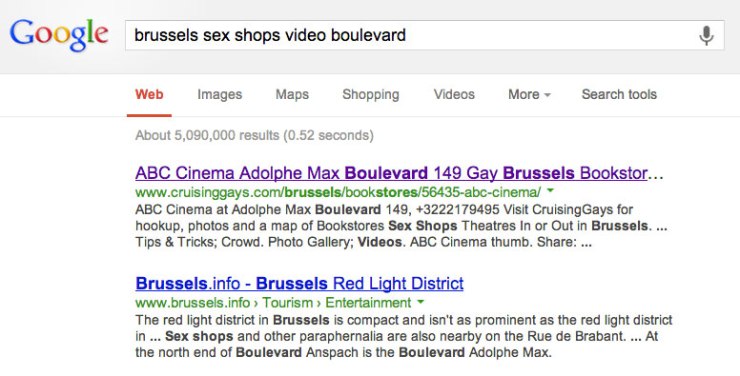 It was more than a decade ago (around 2001 I think) when I went there for the first (and only) time to see if The Yangtze was indeed what it was reputed to be: Mention the cinema amongst Singaporeans and you’d almost be certain to get sniggers, jokes about stains on seats, as well as comments about lao cheeko pek (‘dirty old man’ in Hokkien) in response!

It was a quiet afternoon and we didn’t have classes. So we rode to Pearl’s Centre, bought a pair of tickets – I don’t remember what movie it was except that it was a Chinese film about a mail-order bride and there were boobs shown on the big screen. While waiting for the movie to start, we went to the coffee shop on the ground floor to eat some noodles. It didn’t look anything different from other places in Singapore that were popular amongst ah peks (‘old men’ in Hokkien) to hang out and while away the afternoon with friends / reading the newspaper / lim kopi (drink coffee’ in Hokkien). Only difference was probably that there were many more men than there were women, for obvious reasons. The experience of watching the movie didn’t seem out of the ordinary. Then again, it was dark and the hall was sparsely filled, so who knows what someone may be doing in Row D, Seat 15!

From what I’ve seen online, it seems like the Yangtze cinema is now closed. Not sure if it is for good or it is undergoing renovation? Meanwhile, here are some interesting nuggets of information that I learnt about the Yangtze tonight: