It’s true that in my job I get to drink my fair share of champagne, especially since a big part of what I currently do is focused on major hotel openings and brand events. It is, however, untrue that drinking champagne and attending glamorous soirées are all PR professionals do. For me, the champagne element only happens when the event finally takes place after months of planning, numerous conference calls and endless emailing, as well as editing (sometimes badly written) press releases, preparing extensive briefing documents for key spokespersons and managing PR teams to secure the right media attendance… and the list goes on beyond the time taken for a flute of sparkling champagne to go flat!

Earlier in February this year, I was in Epernay – which is about 30 minutes by car from Reims station, which is in turn just 45 minutes by train from Paris – for a private visit of the cellar of Champagne house Perrier-Jouët and its famed La Maison Belle Epoque. As the car sped past the snow-covered landscape, I was struck by the bareness and remoteness of the French countryside that I was so unfamiliar with. 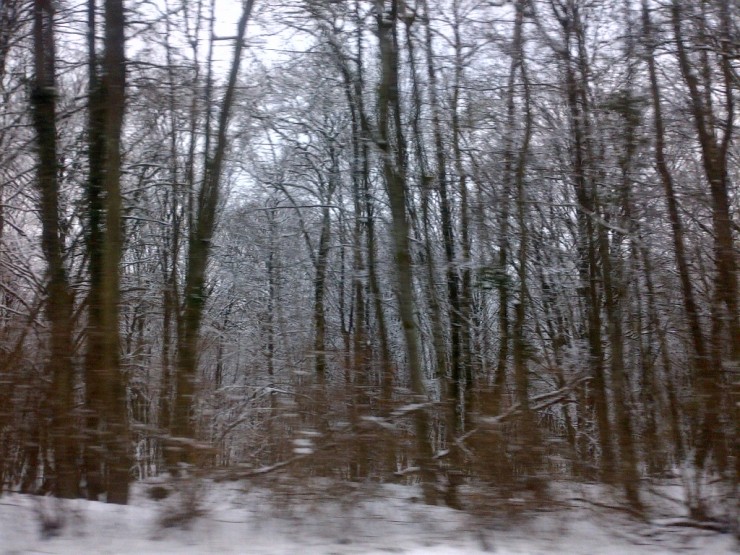 After a brief welcome, we were ushered underground where we were introduced to the family roots that lie behind this boutique champagne brand (which is now part of the Pernod Ricard group). Quick fact: In 1811, Pierre-Nicolas-Marie Perrier added the maiden name of his wife, Adele Jouët, to create the brand.

Further down was a gated room with a wall of what must be some of the world’s most expensive champagne in the world: Perrier-Jouët Bi-Centenaire.

Created to commemorate the 200th anniversary of the champagne house in 2011, Perrier-Jouët Bi-Centenaire comprises a pair of Perrier-Jouët Belle Epoque 1998 and there are only 100 pieces of them. The idea is that the first bottle is savoured in the present day or near future during a special tasting session on the grounds while the other bottle is preserved for enjoyment at a latter time within the next 100 years. Average retail selling price for one set: 10,000€ *glurp*

Moving on, we went down into the cellar of Perrier-Jouët, where shelves of champagne lined the chalky walls in this humid space. The bottles have to be flipped every day as part of the fermentation process.

Each bottle bore the distinctive elegant arabesque of white Japanese anemones designed in 1902 by Emile Gallé who is considered to be one of the key proponents of the French Art Nouveau movement.

It felt quite surreal to be in the cellar – and it is not because it was the first time that I’ve ever seen so many bottles of champagne. In this solemn, tranquil space, I half-expected to see someone dressed in a cloak and holding up a candlelit lamp turning around the corner, sending whispering echoes of his shuffling footsteps.

We soon came to a long flight of stairs who brought us to an area where bottles of bespoke “By & For” champagne were kept. Some of the cubicles were empty – for instance, those bearing the names of actresses Gong Li and Sophie Monceau. I guess they probably had finished toasting to all 12 bottles of their tailor-made champagne, which cost £35,000 per case *double glurp* 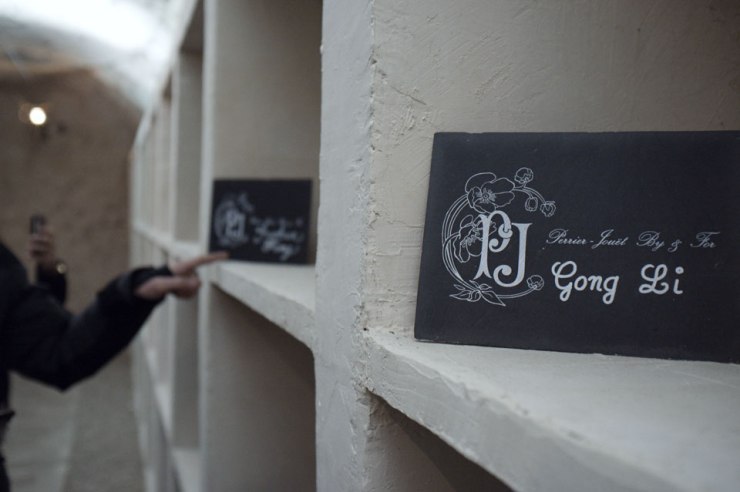 As we continued, we soon emerged into a room which led us into a charming garden with mountains in the background – we had crossed Avenue de Champagne, underground, from where we alighted from the car to La Maison Belle Epoque that was right across the street. What a beautiful setting… I can imagine an intimate wedding taking place right there in the garden, with the bride wearing some white anemones in her hair and the newly married couple blessed with a shower of sparkling Perrier-Jouët champagne after exchanging rings and kisses! 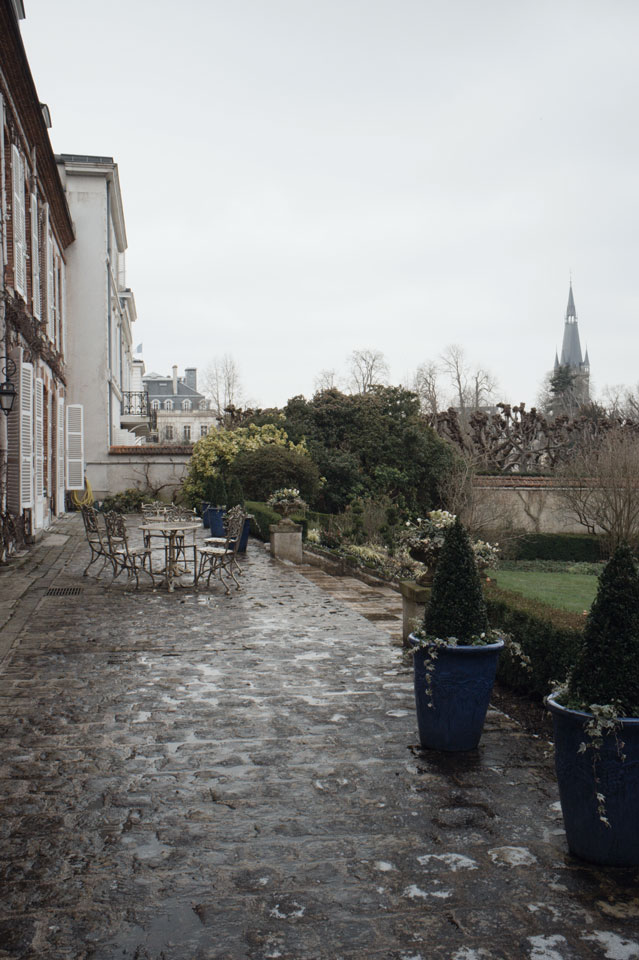 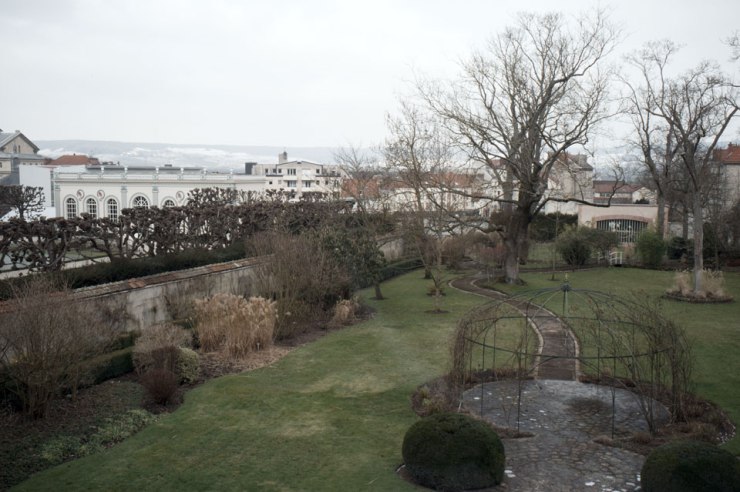 Stepping into the warmth of the house, I was immediately struck by the decor – it was Art Nouveau all around! Some 200 original Art Nouveau pieces by artists such as Gallé, Lalique, Guimard and Mucha were sourced from all over the world over an eight-year period to be presented in La Maison Belle Epoque.

On one hand, it was truly impressive to admire these works of art and to see them presented in a such a beautiful ‘living’ space (VIP guests of the champagne house are sometimes invited to stay overnight). On the other hand, it seemed rather extravagant and almost like a global shopping spree, reminding me of the dizzy heights and opulence of the Belle Epoque. Oh, but what beauty… even the bathrooms were gorgeous! 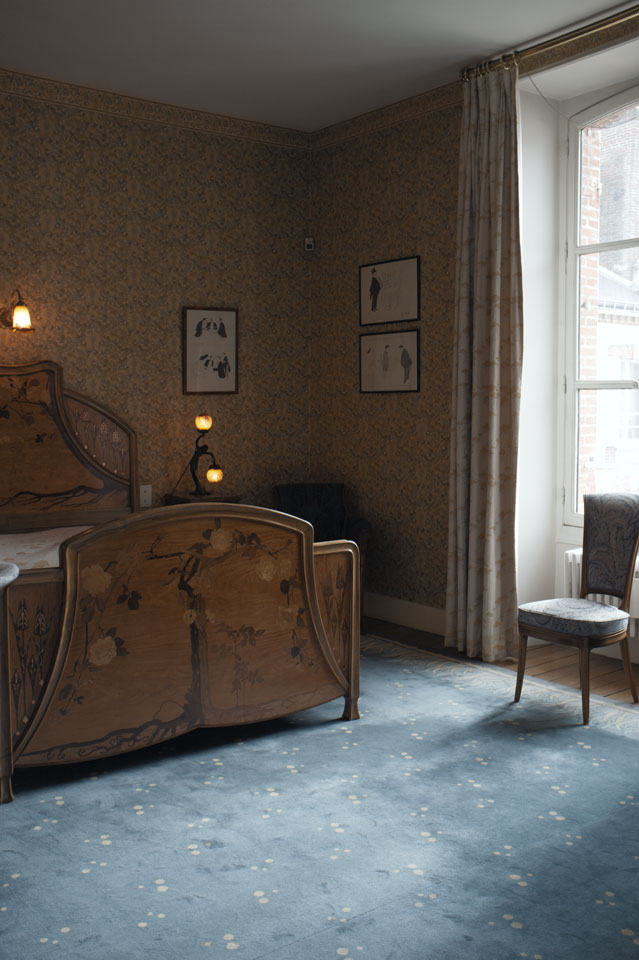 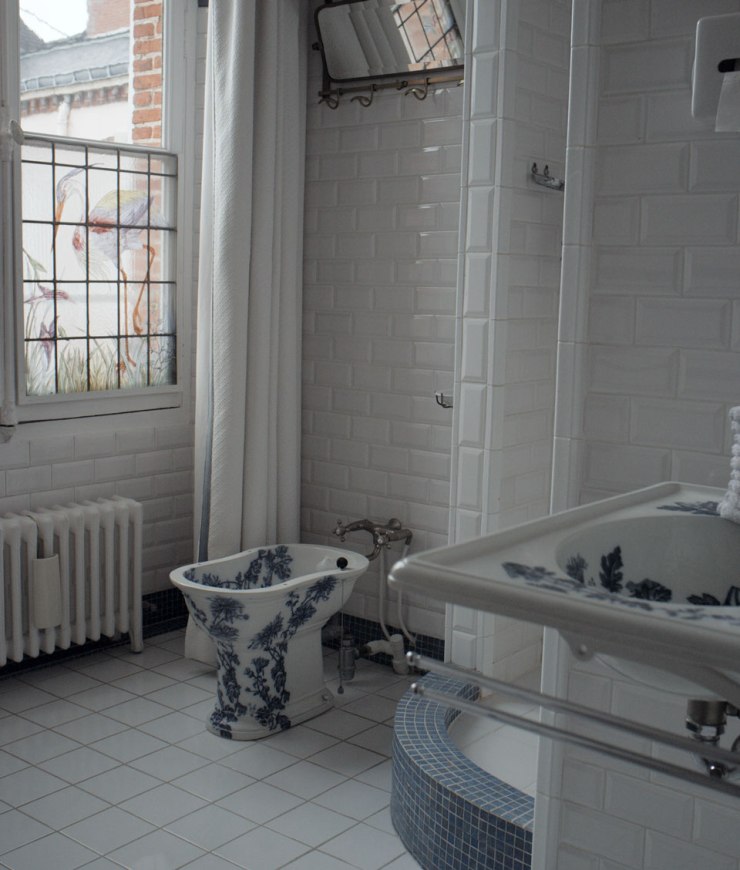 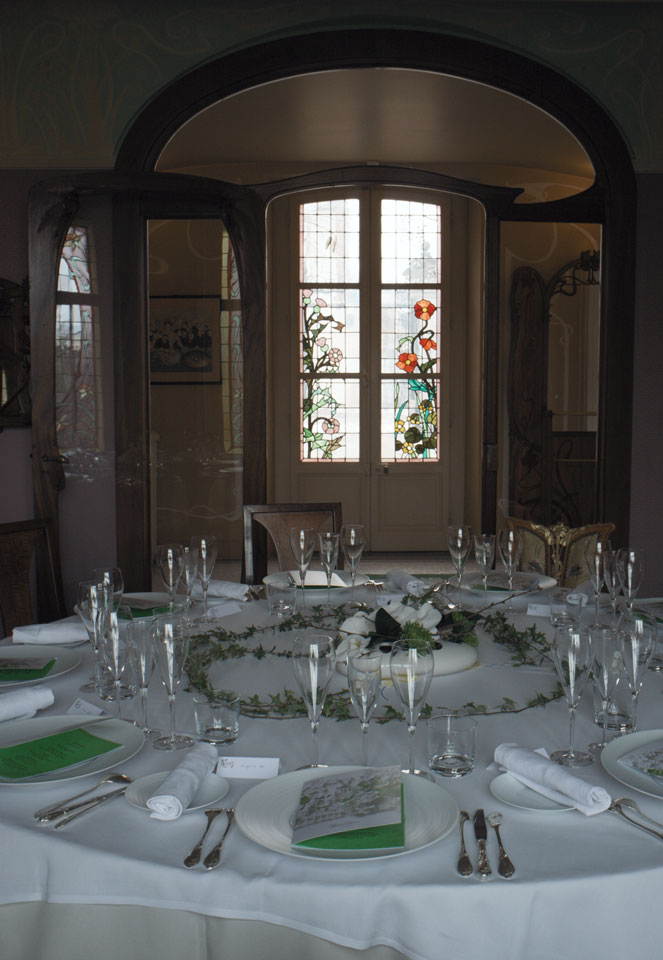 After having some time to roam around the rooms, we sat down to lunch. Why, of course, every dish was paired with a Perrier-Jouët champagne : )

We started with the Belle Epoque Blanc de Blancs 2002 to accompany the scallop entrée, then the Grand Brut matched with a delicious poached egg in black truffle sauce. For the main dish, we were served sea bass drizzled with vanilla butter and market vegetables, as well as some Belle Epoque 2004. To end off the meal, we had a rosé champagne – the Belle Epoque Rosé 2004 & Blason Rosé, together with a rich chocolate-ganache-caramel creation. Simply gorgeous. 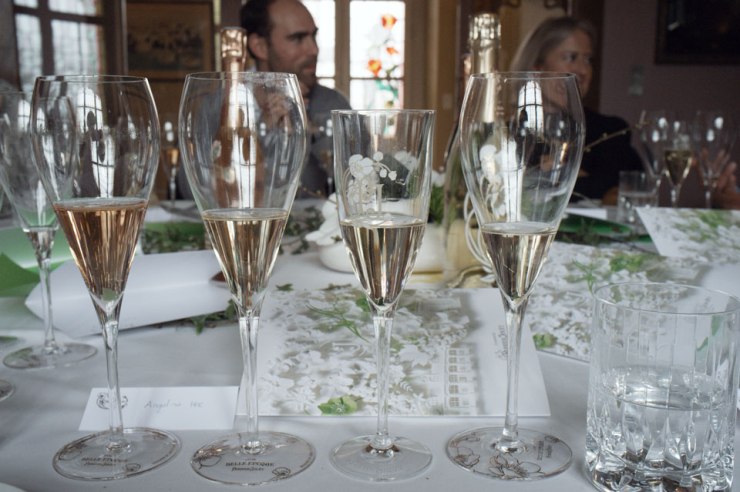 To end this post, here’s a photo of me with my PR team at another event, with some champagne in hand. Santé! 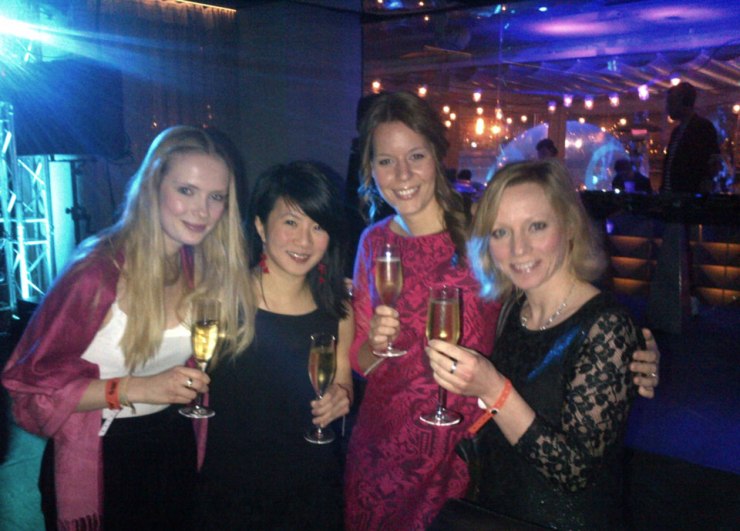