Shenyang is the largest Chinese city near North Korea, and is home to some 30,000 Koreans. Most of these people live and work at Xita Street 西塔街, also known as “Little Korea Town”.
Xita Street is busy around the clock. In the day, there is a lively market where one can buy Korean produce including kimchi, noodles, and spices. But it is at night when the entire 682-metre stretch comes alive. Xita Street is a popular after-work destination for Shenyang’s residents, with the crowd dying down only at around 2am.

At night, Xita Street is bathed in flashing neon light from the large signs in Chinese and Korean scripts. Dining options are aplenty including Korean-style barbecue, hotpot, cold noodles, fried chicken, and dessert. There are bars, clubs, teahouses, and karaoke joints for those who wish to linger late into the night. Xita Street also houses Korean supermarkets and malls alongside salons where ladies can get their nails and hair done. 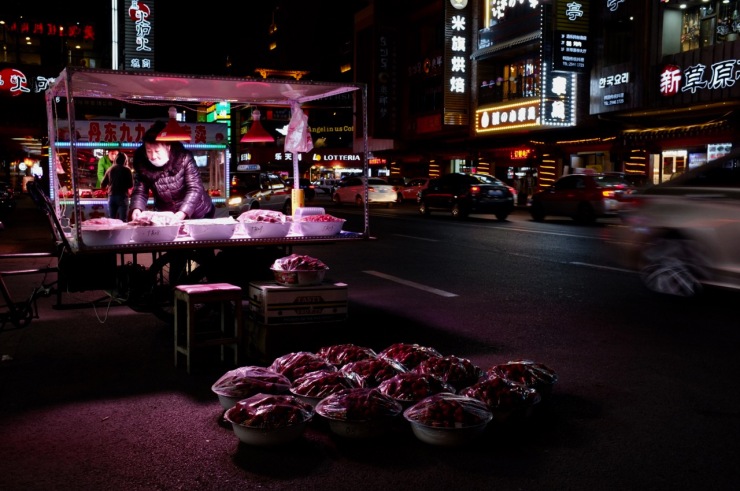 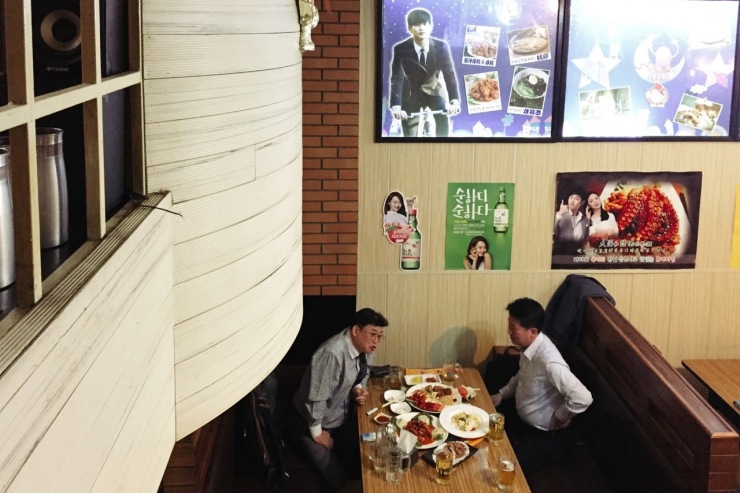 At one end of the bustling street stands 平壌館 Pingrang Guan (Pyongyang Restaurant), where an electronic image of the Democratic People’s Republic of Korea (DPRK) flag shines brightly on the building’s facade. This is one of the few North Korean-owned restaurants in Shenyang. 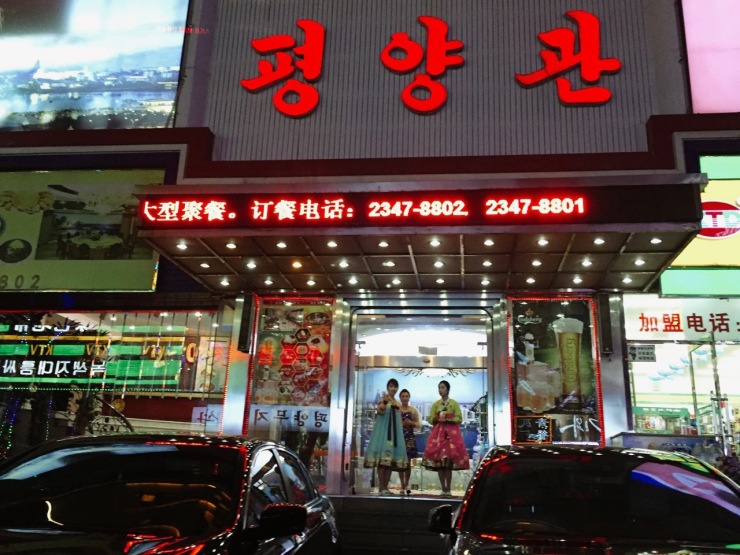 My ex-colleagues had invited AB and I to dinner at Pingrang Guan to welcome us to Shenyang. We arrived early and the restaurant was not yet busy. On the walls were two screens showing news from North Korea. It probably had something to do with the DPRK’s military drills as there was footage of missiles being fired and Kim Jong-un inspecting soldiers. 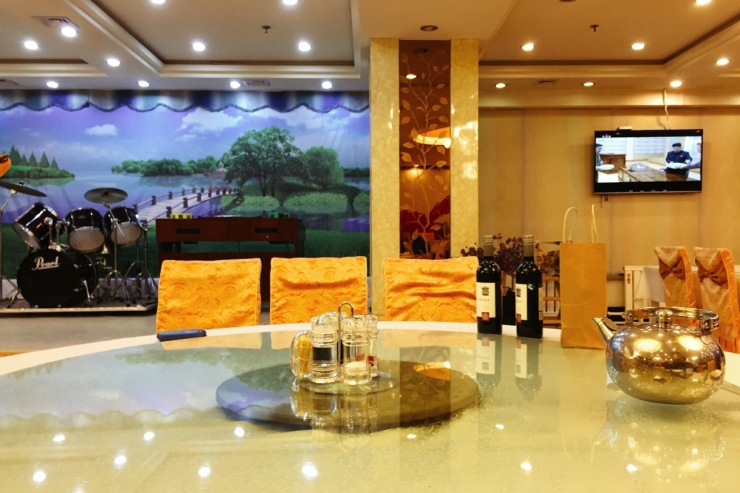 Things got more surreal as dinner started. We left the food ordering to our hosts. The restaurant served traditional North Korean cuisine including barbecue beef and kimchi. Then a hot bowl of dog stew appeared at our table. AB and I looked at each other with raised brows. We tried a bit of the stew. The animal had already been killed and we would rather not let it die in vain. As is typical of eating out in China, the amount of food ordered was way more than what we could finish. I could only imagined how the extra food would have adequately fed a family of four in North Korea.

All the restaurant staff were women and from North Korea. We were told that most of them were daughters of government and military officials, and would have undergone extensive training in service, the Chinese language, dance, and music before working here.

Our genteel waitresses doubled up as singers, dancers, and musicians for the nightly performances. They switched effortlessly between traditional Korean, opera, and Mandarin pop – there was Arirang, a traditional Korean folk song and 轻轻地告诉你, a 1990s pop song that had me clapping along. They were like chameleons, constantly changing outfits – from the traditional Joseon-ot, to a sleek sequinned dress, to a sparkly patterned dress with puffy sleeves. Their singing was not bad though the sound coming out from the amplifiers was deafening.

Most of the restaurant’s customers were men. Some of them went up to the stage to present plastic flowers to the singers. You had to pay for these bouquets, which were reused every evening for the same purpose. Some diners, including AB, were invited to join the ladies in song and dance.

It was terribly kitsch but so very fun, and definitely an eye-opening experience to kick off our visit to Shenyang!