Looking for quiet in Arashiyama

Arashiyama 嵐山 is a district on the western outskirts of Kyoto, Japan. Named after the “Storm Mountains” that form its dramatic landscape, Arashiyama is best known for its bamboo grove.

That’s how I first came to know of this area. Based on the photos I had seen online, I thought that Arashiyama was an immense bamboo forest nestled between mountains. But I was mistaken. There is more to Arashiyama than the bamboo!

Getting to Arashiyama is easy. You could go by train, bus, taxi, or even bicycle. The journey from central Kyoto can take between 30 minutes to an hour.

We went by bus. When we alighted, we found ourselves in an open-air shopping plaza teeming with tourists. A quiet doubt crept into my mind. “Is Arashiyama a tourist trap?”

We passed countless souvenir shops as we walked along the main street towards the river. Most of the shops were selling green tea, matcha-flavoured confectionary, and traditional sweets. When we finally arrived at the riverfront, I was dismayed. The landscape was pretty but this area was even more crowded with tourists.

We hastened to leave and made our way to the famed bamboo grove. Turning away from the main street, which was the more direct route, we walked up the river on the northern bank.

This led us to the Kameyama-koen 亀山公園, a lovely hilltop park that had few visitors. I spotted the words for “viewing platform” in kanji script on some signs so we followed them to see what we would find. The meandering trails led us to two tranquil viewing points looking out to the mountains across the river.

Upon descending the hill, we arrived at the entrance to Okochi Sanso 大河内山荘. This used to be the home of Okochi Denjiro, a popular Japanese period film actor. It was opened to the public after his death in 1962. Okochi Sanso is my favourite spot in Arashiyama. The admission fee of 1,000 Yen, which includes a cup of matcha and a wagashi (Japanese sweet), was worth it. 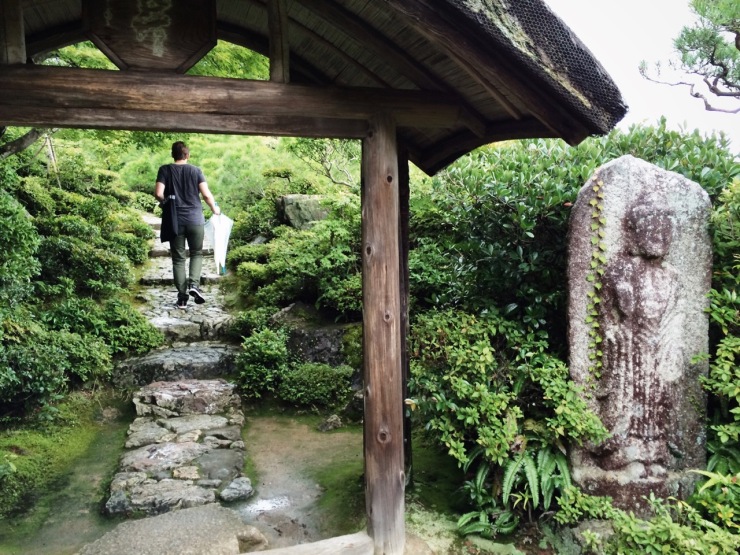 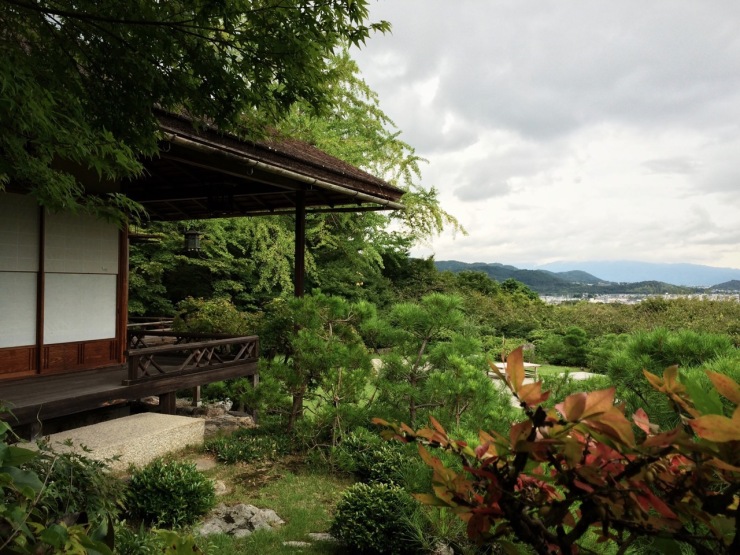 Spanning 20,000 square metres, Okochi Sanso is perched on an elevated area with incredible views of Kyoto. It was lovely wandering about the sublime gardens. Dotted amidst the lush grounds are a traditional Japanese home, a Shinto shrine, and a tea house. Surrounded by bamboo, the latter made for a befitting end to the visit as I sipped on some hot tea.

The villa is near the famed Arashiyama bamboo grove which was easy to find. There was a steady stream of people headed toward the same direction. Being surrounded by the impressive towering bamboo was magical. But the spell was quickly broken by selfie sticks blocking our way as we strolled along the sole path. After we made it through the bamboo forest, we decided to visit one of the several temples in the area.

Founded in 1339, Tenryu-ji 天龍寺 is one of Kyoto’s five great Zen temples. The UNESCO World Heritage Site is the largest temple in Arashiyama. In spite of its reputation, it was not crowded. It was relaxing walking around the manicured gardens and ponds. The garden at Tenryu-ji is an excellent example of shakkei (borrowed scenery) as Arashiyama’s mountainous landscape has been incorporated into its design.

The sun was setting as we were leaving and the mountains cloaked in warm crimson colours. Birds were chirping and insects were calling as the chatter of tourists petered out. It was a perfect moment to end our visit to Arashiyama.

14 replies on “Looking for quiet in Arashiyama”