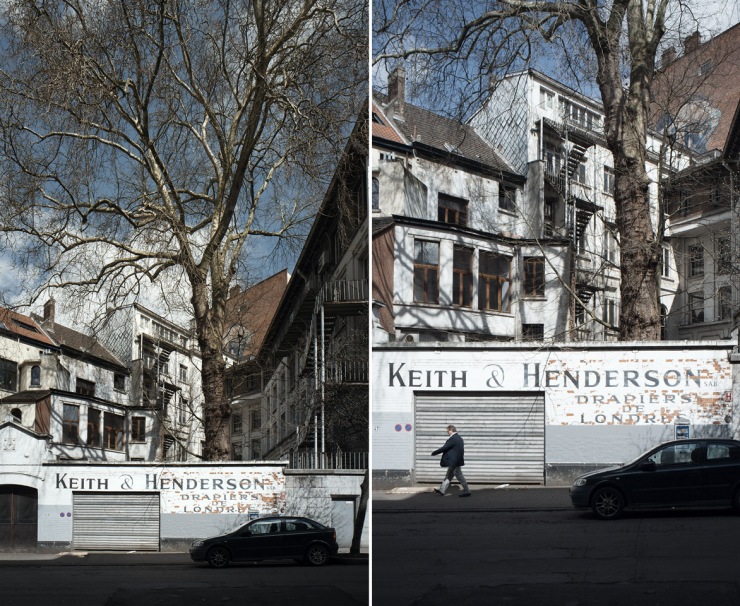 Behind this wall lies the former premises of Keith & Henderson in Brussels, where high-quality fabric was produced and used to make bespoke suits such as those along Seville Row in London. I pass this building frequently as it is just round the corner from my home and I have always been attracted to the font of the letterings on the wall.

And what a striking tree, towering over the buildings that surround it! I wonder if it is common in Brussels to have a gigantic tree in one’s courtyard… the place across from mine also has a similarly tall tree. 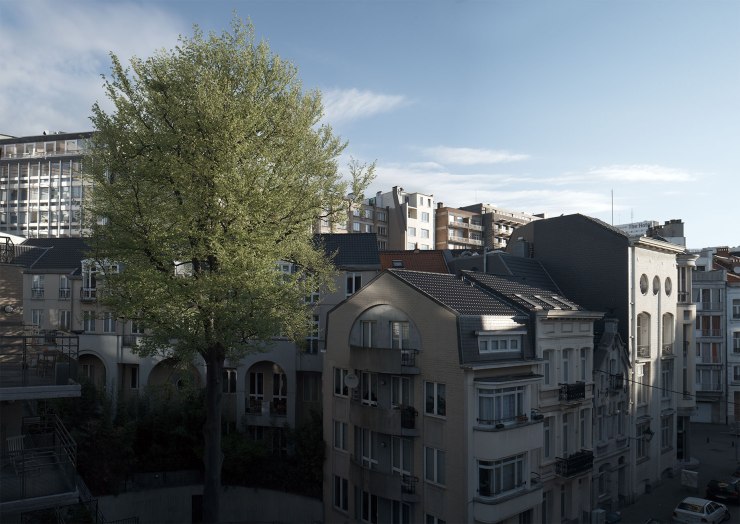 I took this photo on 30 April last year, when spring was well on its way in Brussels after a mild winter. Right now, this tree looks pretty much like it’s still in the winter hibernation mode with only dead leaves and not a single green one in sight.

Anyway, I digress. After taking the photos of the former Keith & Henderson factory, I tried to find out more about it online but I didn’t manage to find out much except for an article about it being abandoned since 2003. The other results that came up directed me to clothing from the 1950s and 1960s, such as this overcoat, this gorgeous women’s coat and a tweed jacket for sale on eBay, as well as a 1968 advertisement. I wonder if the company still exists?

By the way, have you noticed the enormous graffiti on the brick facade in the background?

10 replies on “Abandoned in Brussels”