If you have all the time in the world, what would you do?

I’d like to take the train from Brussels to Russia, travel across the latter on the Trans-Siberian Railway, then board the ferry at Vladivostok to Hokkaido where I’ll go hiking in the mountains, eat plenty of sashimi and soak in onsens (hot springs).

The first time I took a train, I was 23 and it was a short trip between Hong Kong and Guangzhou.

My travel companion warned me to be vigilant at the train station in Guangzhou as petty theft was prevalent. I felt anxious the whole time I was there as well as a little overwhelmed by the large number of people around me.

It was only in my late 20s that I discovered the joy of train travel (thanks to AB). Our first trip together was to Puglia in the south of Italy where we travelled by train between unfamiliar towns and cities like Ostuni, Lecce, Polignano a Mare, Matera and Bari. 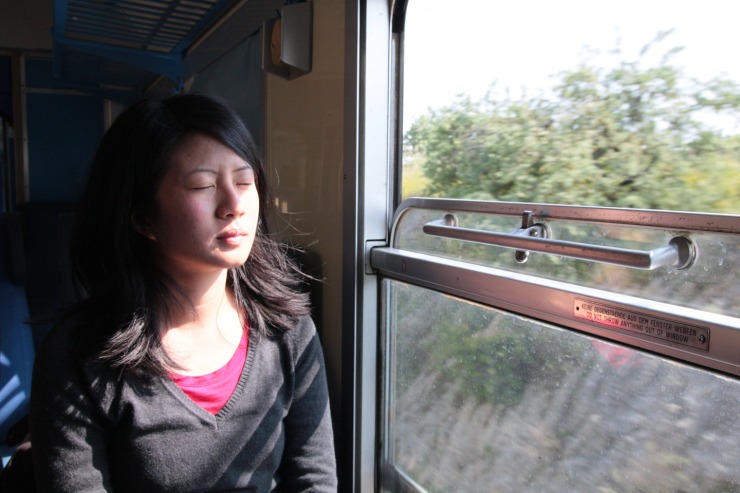 Since then, I’ve had the chance to travel by train around Europe. I’ve yet to do so in other parts of the world and would like to do so some day.

I just finished reading The Great Railway Bazaar: By Train through Asia by Paul Theroux.

This is his first travel book and is based on his four-month journey from London to Southeast Asia, and back to Europe via the Trans-Siberian Railway. The year was 1973 and he was 33.

“The railway bazaar with its gadgets and passengers represented the society so completely that to board it was to be challenged by the national character.”

Reading the book, it felt like I was travelling with him. It was fun listening in to the conversations that he had with random strangers that he encountered on the trains. I enjoyed his evocative descriptions of the places he passed through, sharp observations into different cultures and keen curiosity to understand and experience what’s going on around him.

I found a recent podcast recording of a discussion with Theroux on The Great Railway Bazaar. This provided further insight into his inspiration for writing the book as well as his experience from this journey.

Apparently he doesn’t take photographs when he’s travelling. Someone in the audience asked him wouldn’t it have been helpful to take pictures to help with remembering physical details from the trip. His answer was a firm “no”.

This made me pause for thought. Is he correct?

On one hand, I wouldn’t remember certain aspects of some trips if it weren’t for the pictures that I’ve taken. On the other hand, if I hadn’t be distracted with taking photos, maybe I would have remembered them just as well (albeit different details)? Seems like a chicken-or-egg dilemma!

I’m reminded of a trip to Siem Reap in 2004. We were up early to see sunrise at Angkor Wat. I took a few photos knowing that what I had captured on film will not be as spectacular as what was to be unveiled before me. 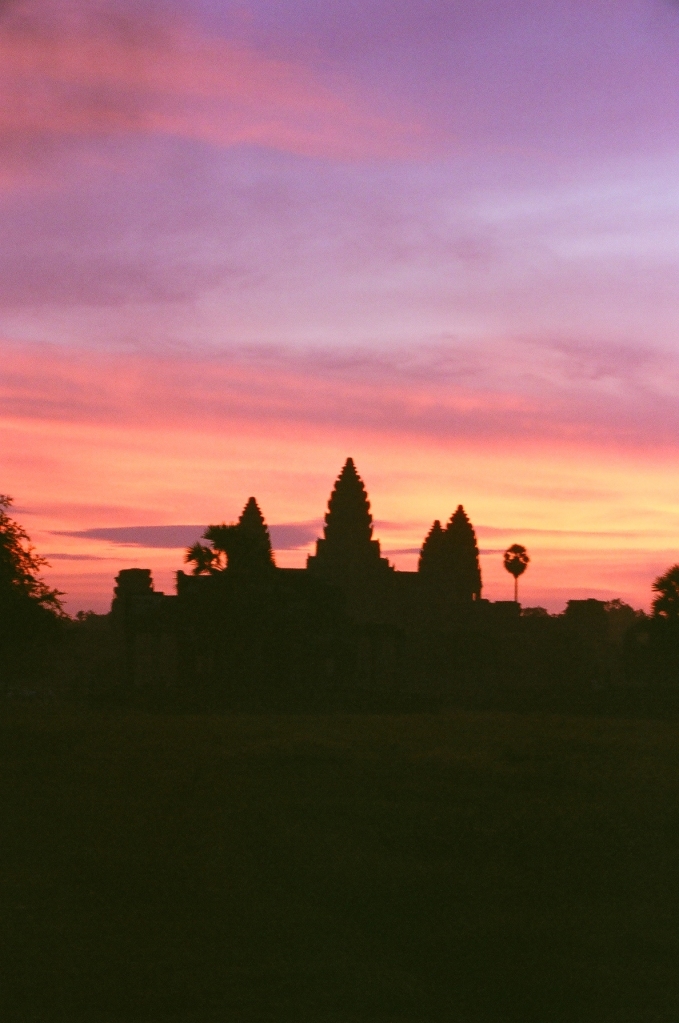 I set aside my camera after those token shots, sat back and admired the view as the dark sky transformed into a vivid display of crimson and purple with the temple in silhouette. It was quiet around me. A Japanese couple took a sip of hot tea from their thermos flask. I thought to myself that the next time I’m here, I’ll pack some breakfast to enjoy alongside this beautiful moment.

I think that this experience exemplifies what Theroux said. Had I been busy taking photos – adjusting the exposure and composition – I’m sure I wouldn’t have enjoyed nor remembered that sunrise as much.

What about you? Do you agree with Theroux’s point of view about (not) taking photos when travelling?