What is your favourite travel memory? 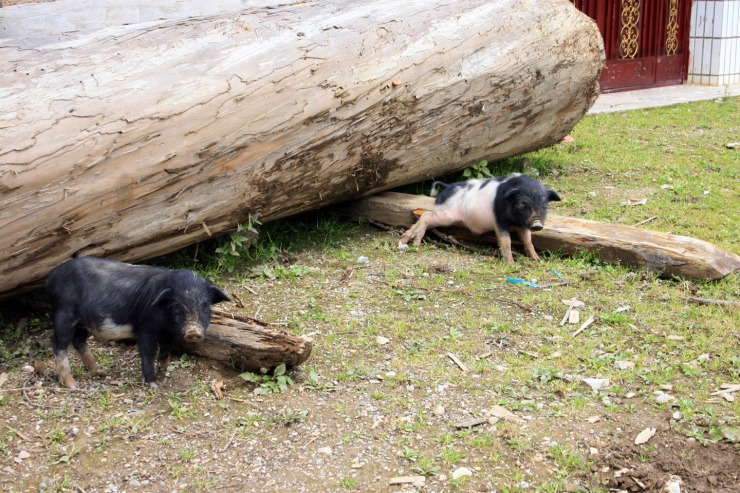 I have several but there’s one that always comes to mind. Like a gentle lullaby, it calms my mind and makes me smile as I indulge in a little daydream.

I had just been promoted and work was a constant avalanche. I was barely able to keep on top of things. But I enjoyed what I was doing so I kept on with the frantic pace.

I was in Zhongdian County 中甸县, which is in the Tibetan Autonomous Region following a photo shoot in Lijiang 丽江 in China’s Yunnan Province. The local Tibetan inhabitants call it Gyalthang County. 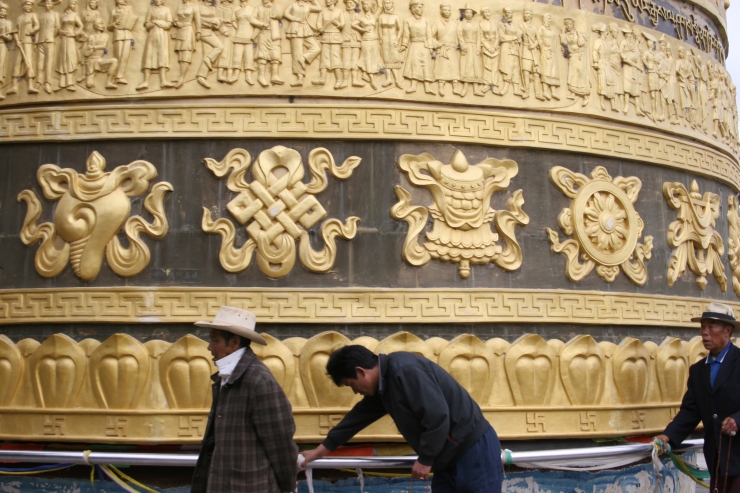 Today, the region is better known as Shangri-la 香格里拉.

It was renamed in 2001 by the Chinese government to promote tourism in the area. This was a controversial decision. Does Shangri-la exist or is it nothing more than the fictional setting for James Hilton’s Lost Horizon?

Either way, since the book was published in 1933, the utopian reputation of Shangri-la has been etched into popular culture. Even though I’ve not read the book, whenever I think of Shangri-la, paradise comes to mind. What about you? 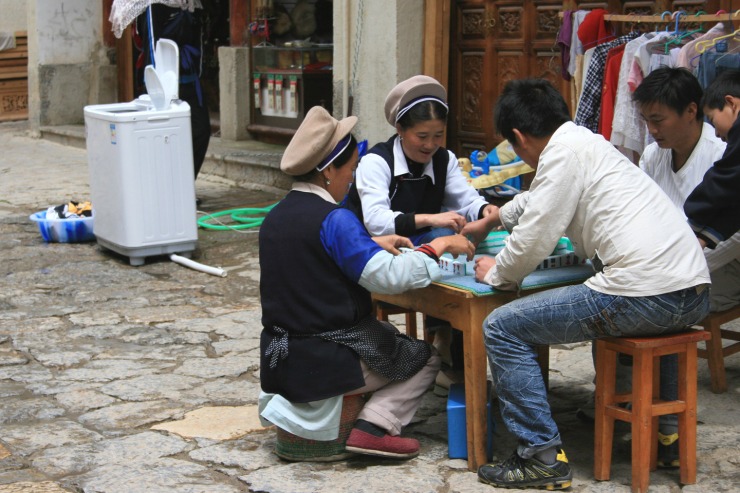 I spent a night in the old town of Shangri-la, which I didn’t like much. It was more commercialised than I had expected. Nonetheless it was interesting to walk through it to see the architecture and observe the daily lives of the locals.

I was glad to leave the old town behind as we climbed up a hill to cross the mountain range, on horseback and on foot. It was summer and the grass was covered with wild alpine flowers swaying in the breeze.

We went up and down the verdant terrain for a few hours before the final destination came into sight.

The village sits in a secluded valley – surrounded by mountains whose peaks are always in the clouds, expansive land that seem to have no end, and horses grazing near clear rivers. 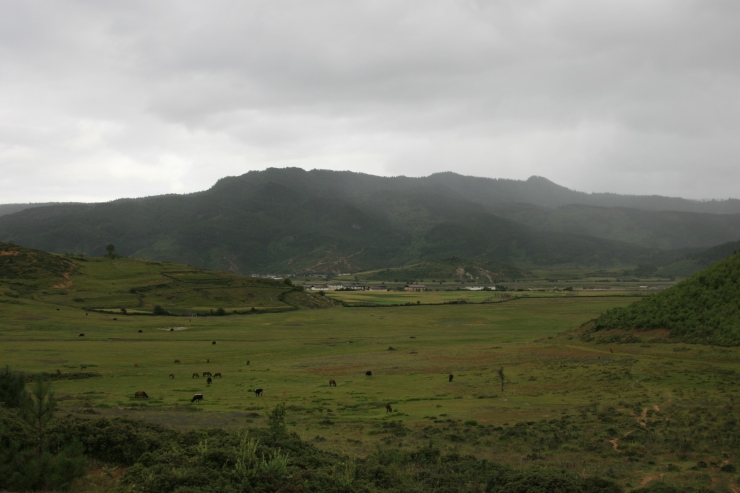 From afar, the Banyan Tree Ringha resort resembles its neighbouring hamlets. This is because it is made up of traditional Tibetan farmhouses that were dismantled and re-built at the hotel site.

In this part of the world, the villagers construct a new and bigger house every few years to suit the growing family and animal stock.Banyan Tree gradually collected the unwanted Tibetan lodges, transported them to the hotel site and assembled them in the traditional architectural style.

After an energetic exploration of the immense lodge that I was staying in, I stepped out onto the balcony.

A draft of cool air greeted me. Then there was the distant sound of bells as the yaks made their way home in the setting sun.

“Can this be real?” I asked myself as I gazed at the dreamy landscape.

I felt an intense sense of tranquillity. Until that moment, I hadn’t realised how exhausted I had become as a result of (over)work.

The sound of the bells worked like a charm, banishing my fatigue and worries to some far flung corner.

It was magical. Maybe this is how paradise is supposed to be like.

What is your idea of paradise?

P.S. If you were wondering what the two pigs in the first photo were doing: They were rubbing their bodies against a tree trunk, presumably to sooth an itch!