Once upon a time, Ghent was the largest city in Europe after Paris. This was during the 13th century.

Due to its favourable location – at the confluence of the Leie and Scheldt rivers – Ghent was a prosperous city and prominent trade centre during the Middle Ages. For instance, during the 15th century, it was the biggest cloth producer on the continent, importing wool from England. 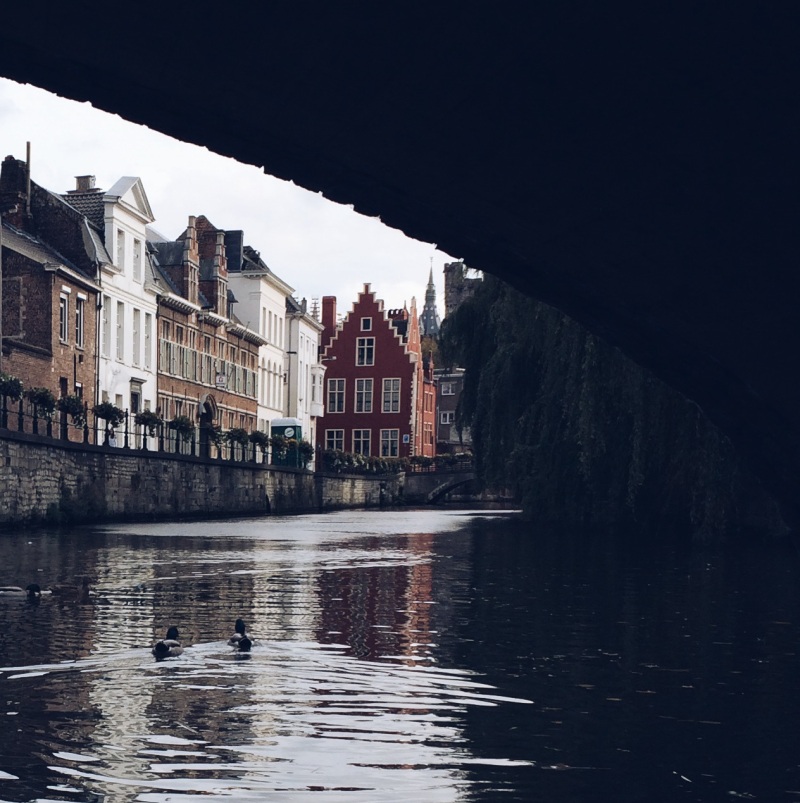 I visited Ghent for the first time after having lived in Brussels for almost three years. I had been to Charleroi, Antwerp and Hasselt previously but didn’t get round to Ghent until recently.

What brought me there was a “popcorn” pop-up restaurant in a cornfield in Zomergem, a village near Ghent. To get there, we took a long bus ride to the countryside and walked for about 30 minutes, passing chickens, cows and cornfields. The meal was excellent and this is one of the more memorable dining experiences that I’ve had in Belgium so far. 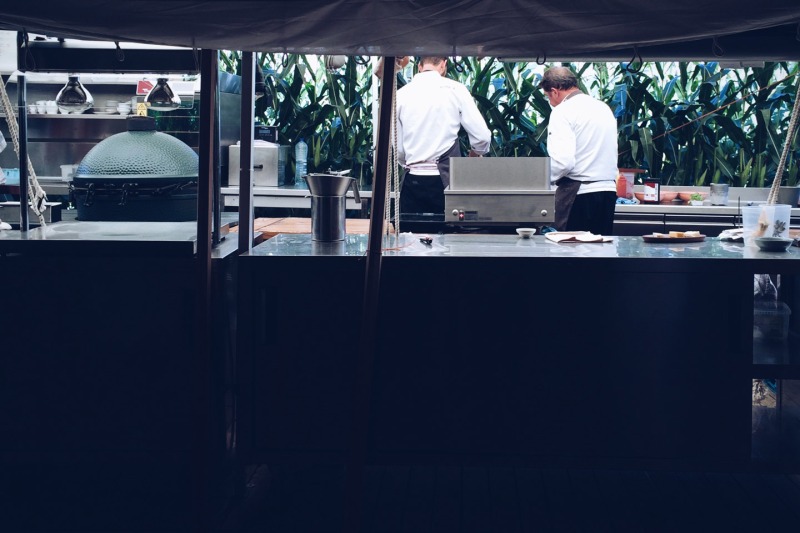 After returning from Zomergem, we spent a few hours in Ghent. We strolled around the medieval centre, had some Belgian beer and listened to a pair of buskers perform Metallica on a cello and violin.

First impression of Ghent: Positive. Must return for another day trip. 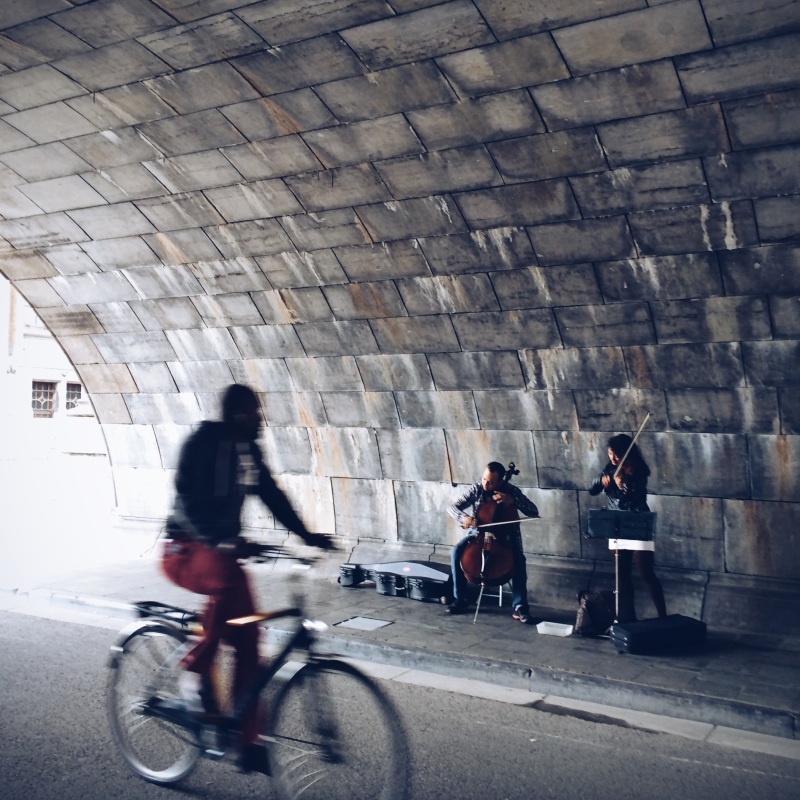 One month later, I was, unexpectedly, back in Ghent. This time, it was for a team-building session. During which, I had my first stab at spray painting – my favourite part was making sparkles/stars! 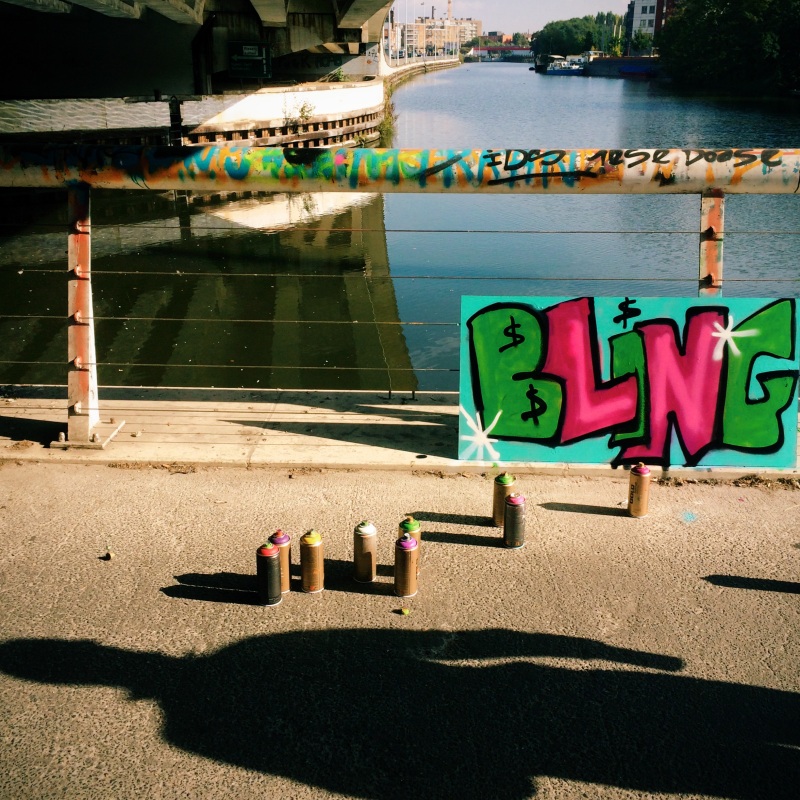 We were also driven around in horse carriages on one morning which was nice as we got to see some parts of the city that we might not normally have visited – for instance, a béguinage/begijnhof and the red-light district.

(Side note: Horse-drawn trams were introduced in Ghent in 1874. These were replaced by battery-powered trams in the late 19th century.) 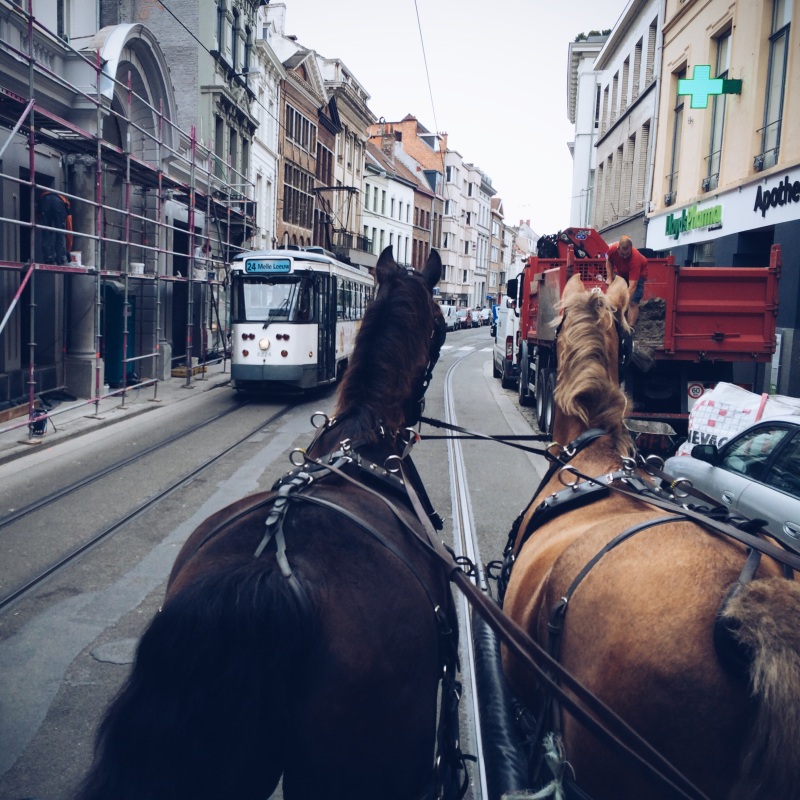 During this trip, I took note of some places that I’d like to bring my family as my folks were visiting me in Belgium a week later. How convenient that the team-building was in Ghent – it was as though I was doing a preliminary trip survey! 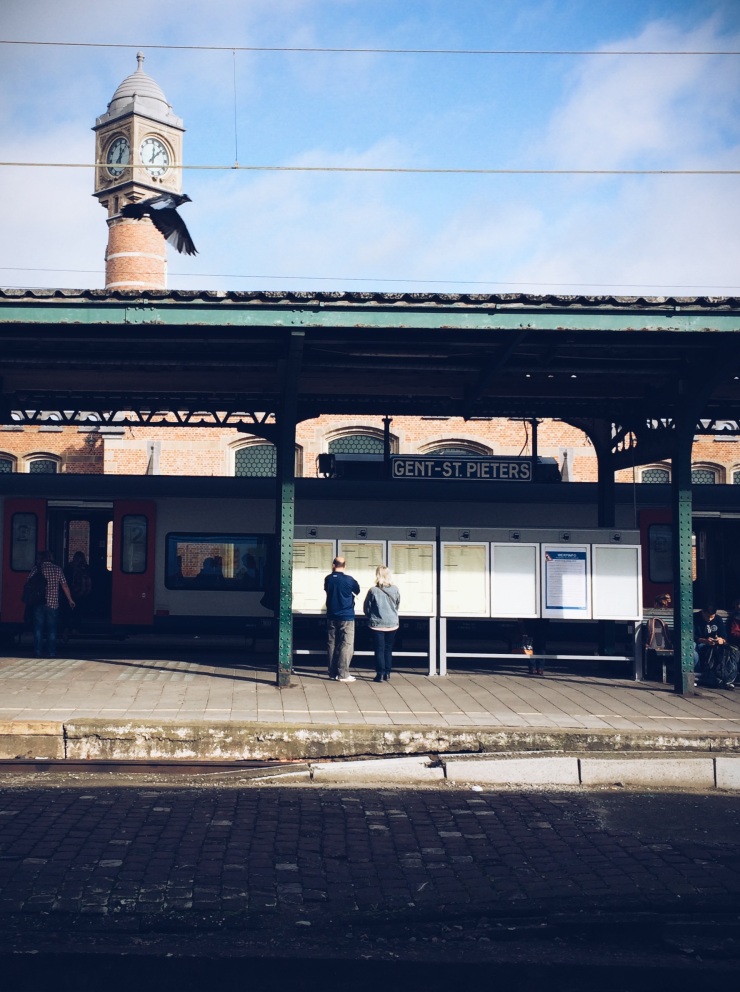 The third time I was in Ghent, I spent a few days there with my family and saw more of the city. I was pleasantly surprised to see how vibrant and cool it is. This is probably due to it being a university city, with students accounting for about a quarter of its inhabitants. 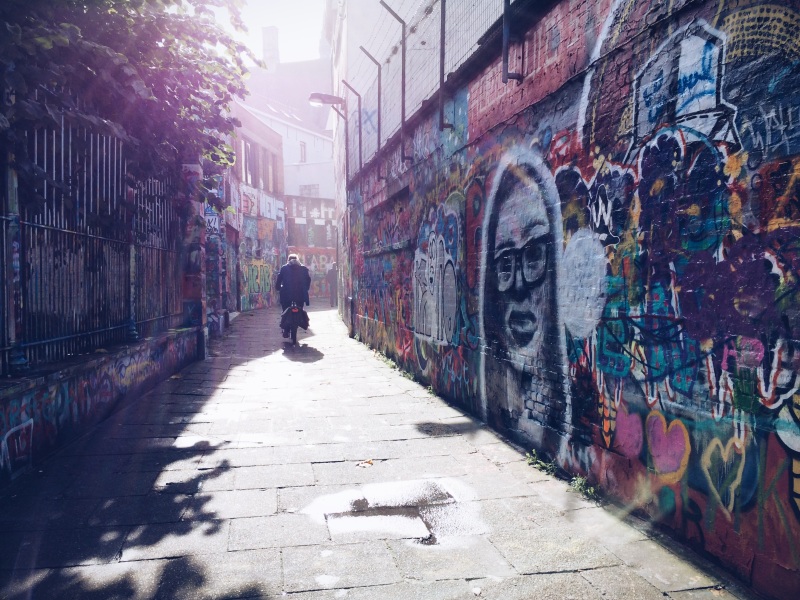 There’s a breezy, relaxed atmosphere in the city, with many pedestrians alongside the cyclists. It was nice wandering around the city on foot, crossing bridges and walking along the meandering cobblestone streets. 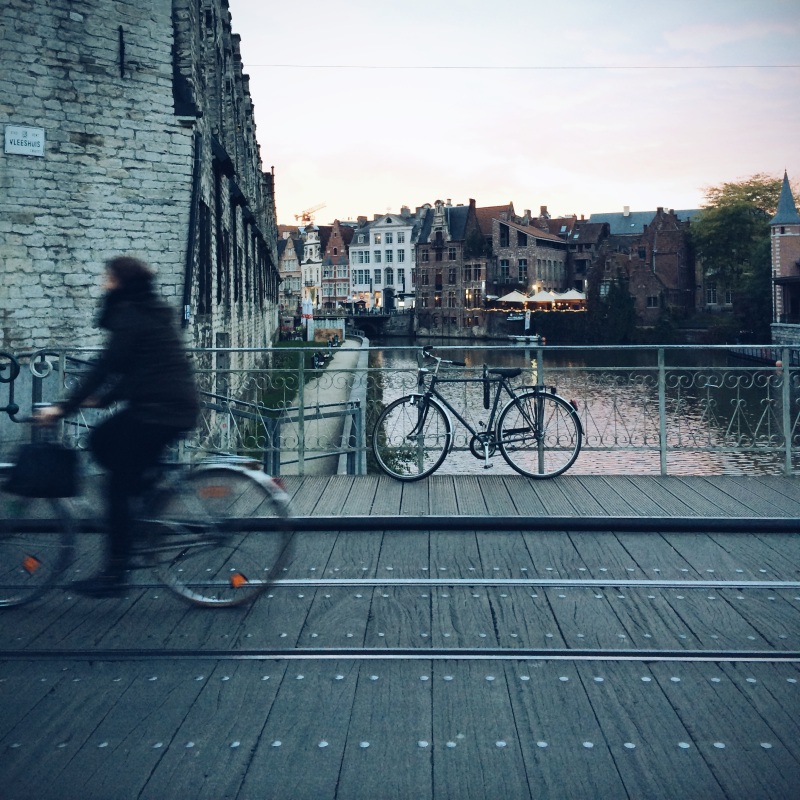 Third impression of Ghent: Love it! This is, by far, my favourite city in Belgium. Would recommend staying a few days in Ghent, combined with day trips to other nearby cities such as Bruges. It’s also an ideal city for family travel with something for everyone.

I can see why Ghent is such a highly regarded city. It’s a beautiful city with well-preserved historic architecture and canals. You can easily find good restaurants, cosy or trendy bars as well as interesting and fashionable shops. 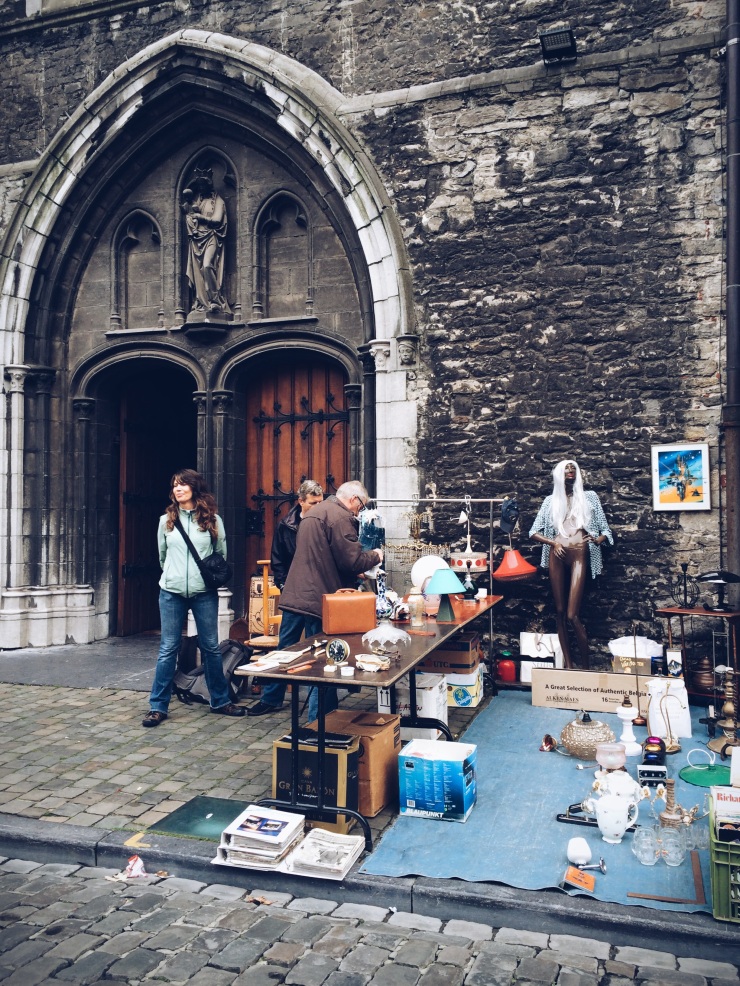 Unlike its more famous medieval neighbour, Bruge, Ghent is a lively city that continues to thrive instead of being primarily a tourist showpiece. Ghent’s historic centre is abuzz with life, with cyclists zipping by, locals hanging out with a beer by the canals as tourists stroll around admiring the ancient buildings.

Why is it that the city – the largest in Belgium’s East Flanders province – is not amongst the top destinations in Europe? In fact, Ghent ranks behind Brussels, Antwerp and Bruges in terms of overnight stays by visitors in Belgium in 2012 (source: Toerisme Vlaanderen 2012 tourism report).

Meanwhile, I’ll be writing two more posts on some of the city’s iconic landmarks as well as where to eat and drink in Ghent. More to come!