Perhaps you are familiar with the quote from Mark Twain that ends with ‘Explore. Dream. Discover’, but do you know what were his complete words?

Life is short, break the rules, forgive quickly, kiss slowly, love truly, laugh uncontrollably, and never regret anything that made you smile. Twenty years from now, you will be more disappointed by the things you didn’t do than by the ones you did. So throw off the bowlines. Sail away from the safe harbor. Catch the trade winds in your sails. Explore. Dream. Discover.

Talk about breaking the rules… Earlier this month, AB and I went to Charleroi, which is about 50 minutes by train, south of Brussels. Charleroi was the capital of le pays noir (‘the black country’), one of the largest coal basins during the Industrial Revolution, and powered the Belgian economy for about a century until the decline of the mining industry; Charleroi closed its last coal mine in 1984. Since then, the city has gained the unsavoury reputation as the ‘Detroit’ of Belgium.

We were in Charleroi to meet Nicolas Buissart, a Carolorégien who grew up in the outskirts of the city. With Nicolas as our guide, we walked for several hours around Charleroi, exploring the remnants of its industrial glory days: massive coal mines, disused train tracks, slag heaps covered in thorny shrubs, never-used metro stations. What an eye-opener! You can read or watch for yourself the reviews about Nicolas’ urban safari tours in The Guardian, Wall Street Journal or Arte. Not surprisingly, Nicolas has been blacklisted by the local police and tourism authorities for his alternative take on showcasing Charleroi.

While there are many photos that I’ve yet to process, here are some of the diptychs that I’ve created from the pictures taken around a disused cooling tower (unfortunately we were not able to enter as the door was locked).

Sometimes rules need to be broken so that we may discover new things. 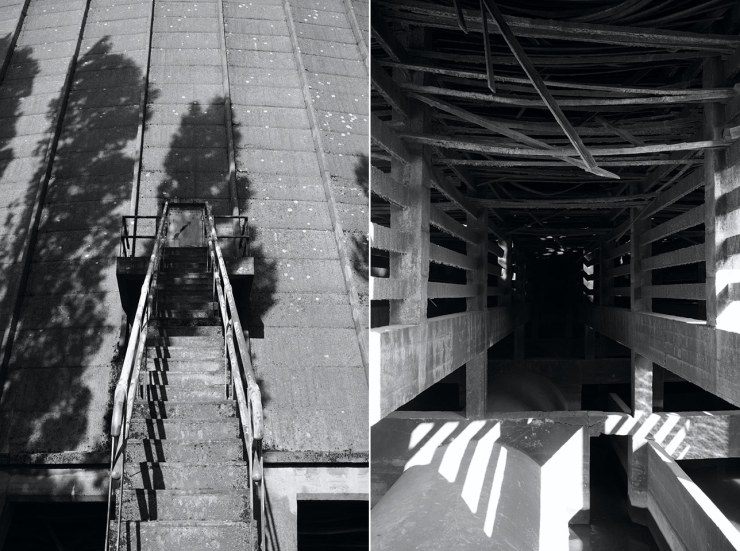 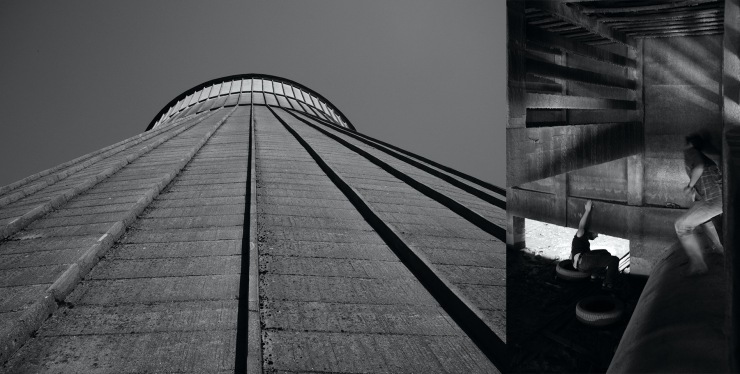 10 replies on “Life is short, break the rules // Charleroi, Belgium”