April 2010: I was at Banyan Tree Phuket with two photographers – Jason Lang and Christopher Wise – for a photo shoot. We had about a hundred images to make during the one week when we were at the resort. This included food shots of the signature dishes of the restaurants and these were handled mostly by Jason, who’s tall and burly, quite the opposite to Chris who was of a smaller, compact built. Working as a team, Jason would tower over the carefully plated food with his camera while Chris shifted the soft box or reflector to get the desired light on the dish.

I wasn’t used to seeing top down photos of food but found it interesting as I like the shapes that take form through this new perspective. Inspired, I tried it out using my Blackberry one evening while dining in my villa. Since then, I’d often take photos of food from top down angle. Only problem is that my height of 1.58m means that I often have to stand on top of wobbly stools, tip toe, or blindly gauge with my camera held over my head, to get the shots I want. I’m sure my neighbour across the street must sometimes think I’m crazy when he sees me hovering over my food on the stool!

Most of the photos that I’ve taken using this top down angle have been at either AB or my home. Imagine how embarrassing or unbecoming (or both!) it would be if I were to climb onto a chair to take a photo in a restaurant. Though once in a while, I am presented with a balanced set of shapes and colours that come nicely together, and I’d quickly stand up and make just one image before anyone notices and starts staring : ) 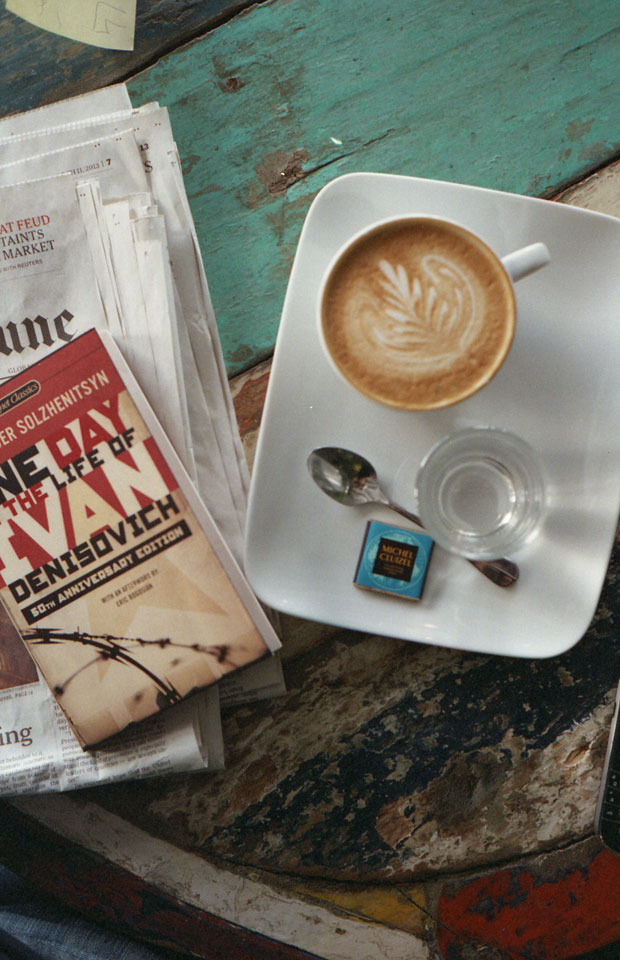 Because we have limited available surfaces for photographing food at our studio/apartment, you’d see certain backgrounds – such as the white ikea table top, AB’s green placemats, and that of a table that AB made from scratch for my new apartment so that we’d an additional surface for use in the my kitchenette – repeated in the images below. 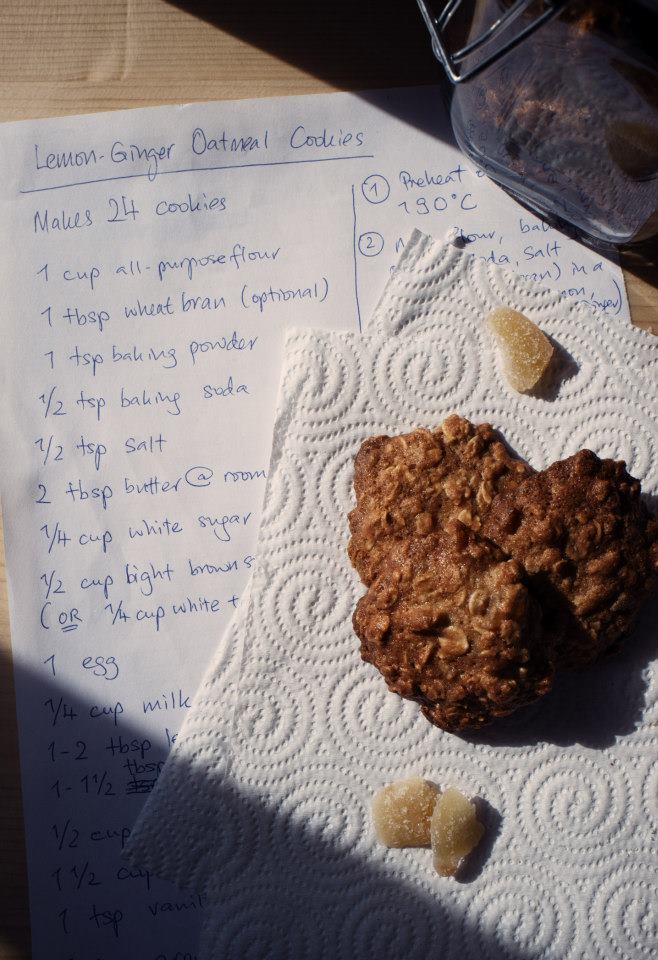 The photos are also usually quite uncluttered; I’m not a fan of splashing chocolate sauce or sprinkling flour over the table to style the photos – imagine the waste and having to clean up the mess (and I do not have a vacuum cleaner)! Instead, I try to make use of whatever is lying around the apartment – be it wine corks, the cloth for drying dishes or a picnic basket, or even the oven rack or snow that was still stuck on the table in winter! 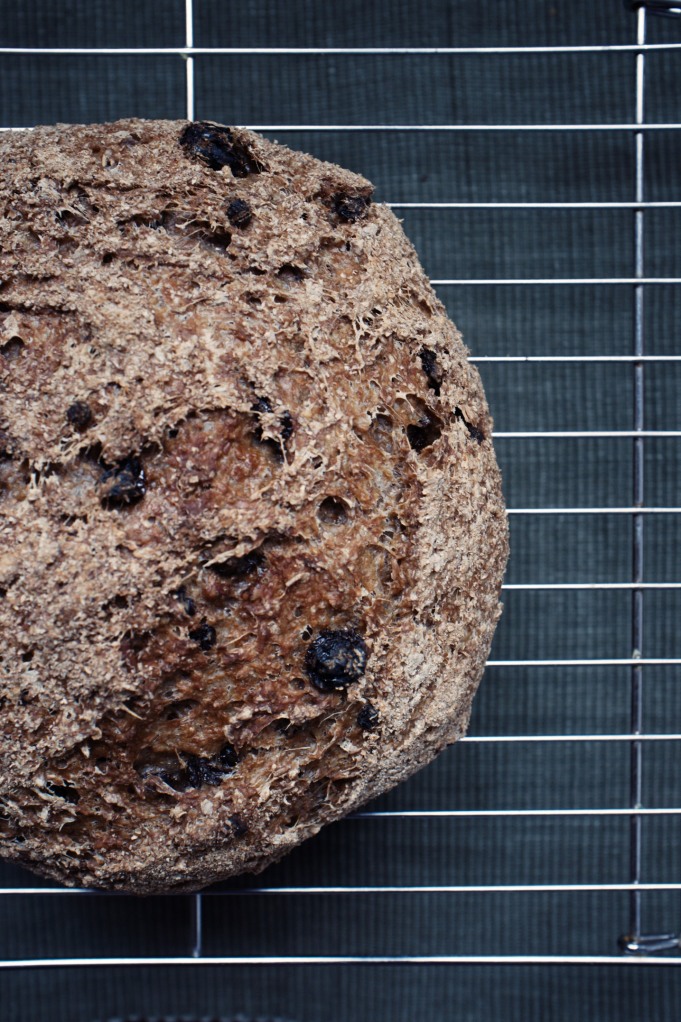 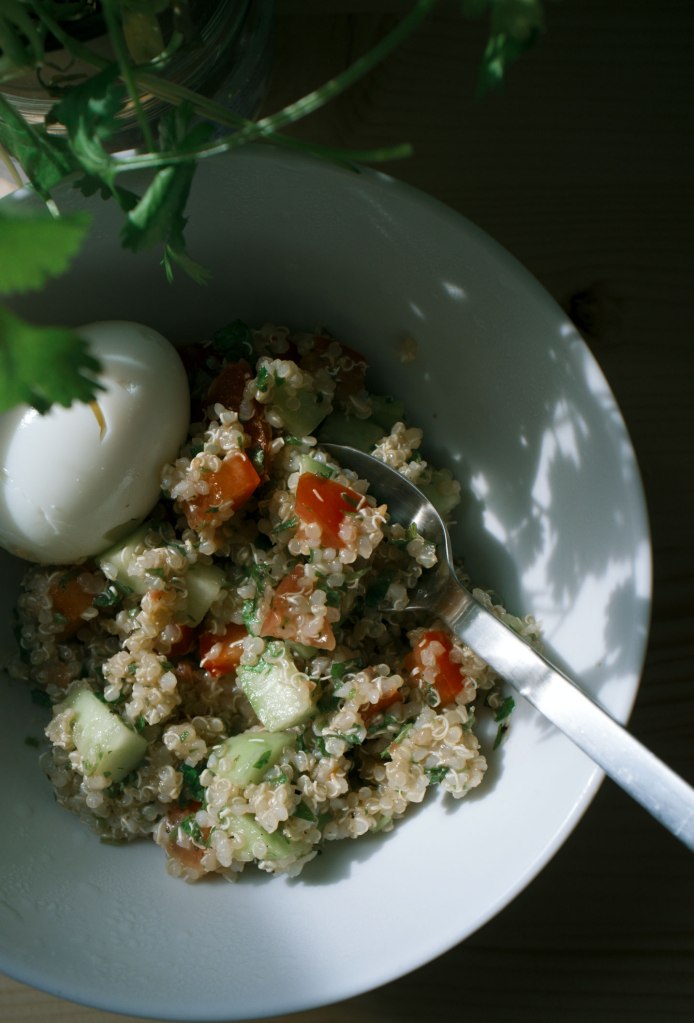 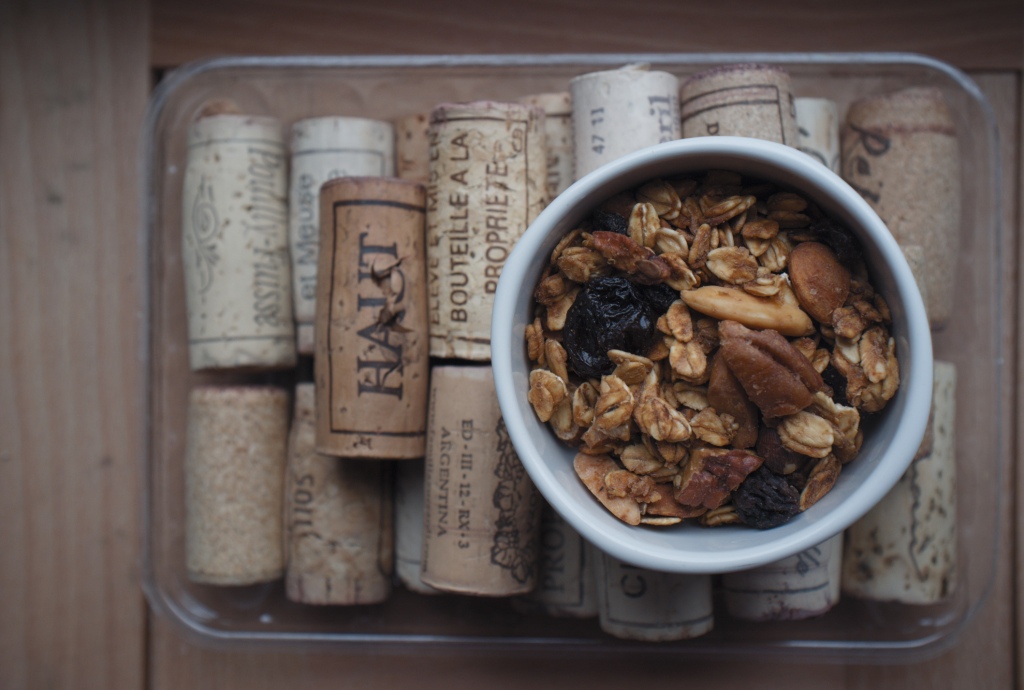 And here is the image that started it all, back in Phuket, on the couch in my villa, with a Blackberry : )

4 replies on “Food photography: Top down”