I finished the last bit of Calvé crunchy peanut butter at home yesterday. Will have to wait for AB to replenish the stock when he’s in the Netherlands again. 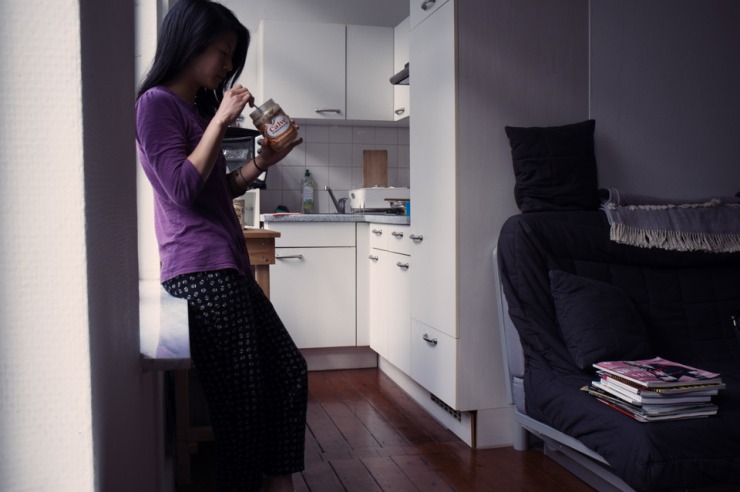 Apparently most French don’t like peanut butter, preferring it over Nutella. Here‘s an interesting post, followed with many comments, about what the French have against peanut butter.

Anyway, I love all things with peanuts. Especially eating it straight from the jar or spreading it on bread with jam.

In 2006, an intern from the US introduced me to Whole Foods and its wonderful grind-on-the-spot peanut butter. I told AB about it and he affirmed that it’s good. So in 2011, when I was living in Paris and AB was going to the States, I asked him to bring some back for me. He wasn’t successful in doing so on the first trip as it got confiscated during the Security check – I was crushed (pun intended and I exaggerate!) The second time, he succeeded. I enjoyed every morsel and also shared some with him of course. 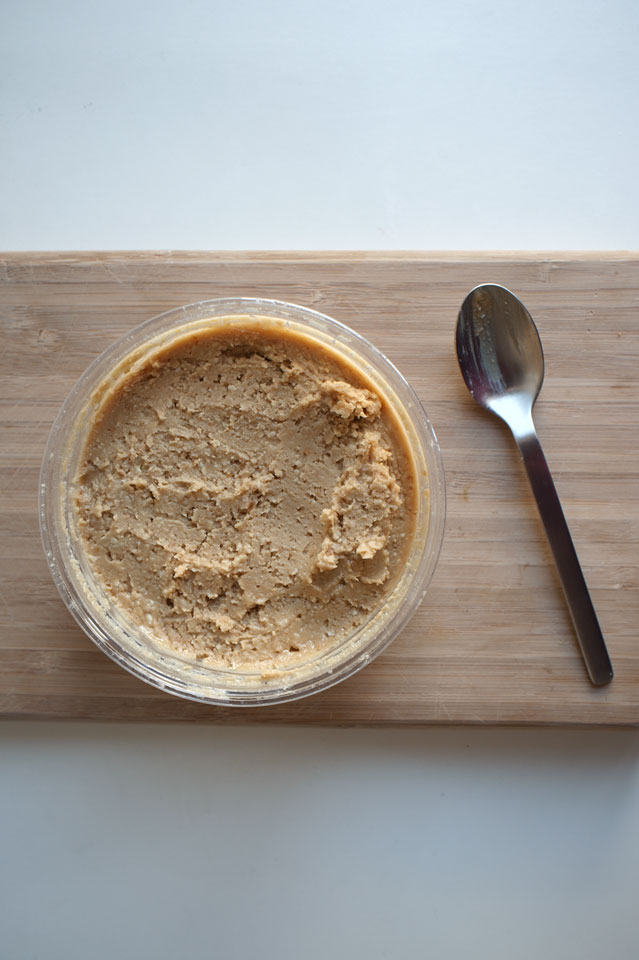 When that was all gone, I decided to make my own peanut butter. This involved shelling many roasted peanuts – I didn’t want to use shelled peanuts from the supermarket as these were already fried in oil and salted. I found it fascinating to observe the ‘tipping point’ of the ground peanuts when the mix would suddenly transform from chunky clusters into a much smoother blend – as though all the oil from the peanuts was simultaneously released! The DIY peanut butter was good but took quite a bit of work. Until I find a good source of shelled roasted but unsalted peanuts, I think I’ll be sticking with Calvé crunchy peanut butter.

When I was still living in Paris and had more time as I was going to school and working part-time. One day, I tried to make peanut ah boling / glutinous rice balls filled with ground peanut and served in a sweet soup as a dessert. Ah boling is one of my favourite snacks in Singapore and I like the sensation of the crushed peanut (or black sesame) filling sipping out of the glutinous rice ball when I bite into it. Mmm.

Back then, we didn’t have a blender at AB’s place, so after shelling many roasted peanuts and removing the skins, I put them into a plastic bag, double-bagged it and rolled an empty wine bottle over the peanuts to crush them – it was quite a bit of work! Following which, I toasted white sesame seeds on the stove and added them, together with some sugar, to the ground peanuts. This was delicious and I would have eaten spoonfuls of it except that they were to be used as filling for the ah boling, which unfortunately came out very wrong and all gooey. Tant pis. I tried to salvage as much of the filling as I could by cutting open the balls!

Last summer, we decided to make satay at home. While AB was setting up the BBQ and grilling the skewered meat, I prepared the peanut sauce. It was a decent first try but the peanut dip paled in comparison to the spicy version that I am used to in Singapore. 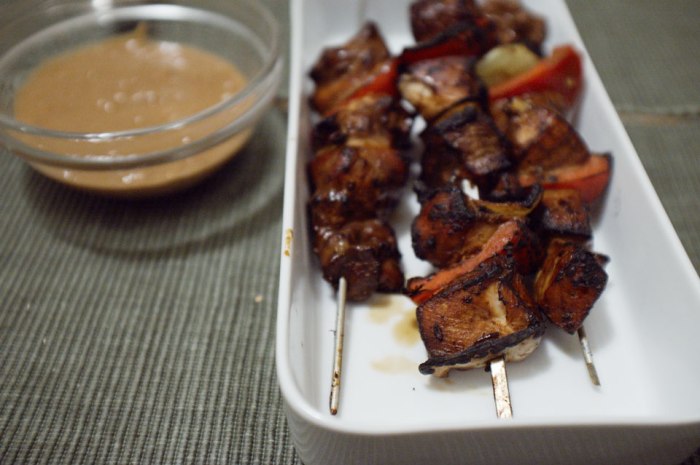 We also tried using pre-made satay peanut sauce by Lee Kum Kee. It was awful and tasted really weird and as though it was full of chemicals. I just came across this post and am wondering if we were supposed to add our own condiments to the sauce. Hmm. But the sauce was so odd that I don’t think I can bring myself to spend a few Euro to buy a second jar.

We made satay again on a relatively warm winter evening in December. This time, I tried a different recipe for the peanut sauce but it turned out to be more like a paste and didn’t have the right consistency, so we added more oil to the mix. 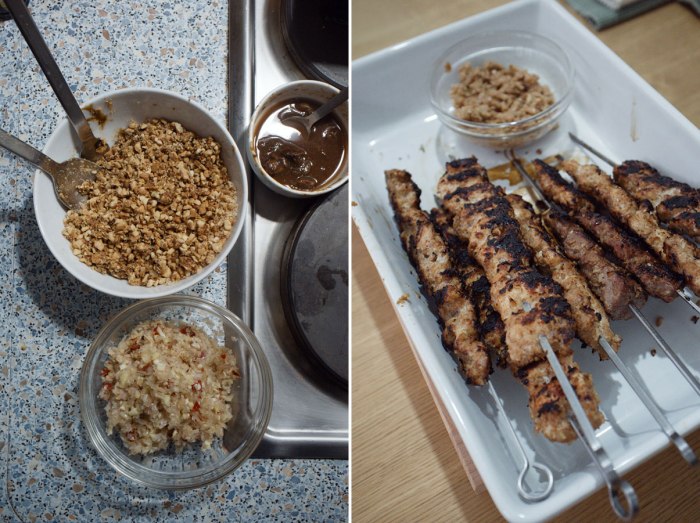 The taste was closer to what I was looking for – the tamarind juice and chopped chili helped but there was too much galangal and lemongrass – so am still searching for a better satay sauce recipe. If you have one, please share it with me!