Earlier this month, AB and I went to the Barbican Arts Centre for “The Bride and the Bachelors: Duchamp with Cage, Cunningham, Rauschenberg and Johns” exhibition. It was the second time that I had stepped foot into the Barbican Estate housing complex, within which the arts centre is located. 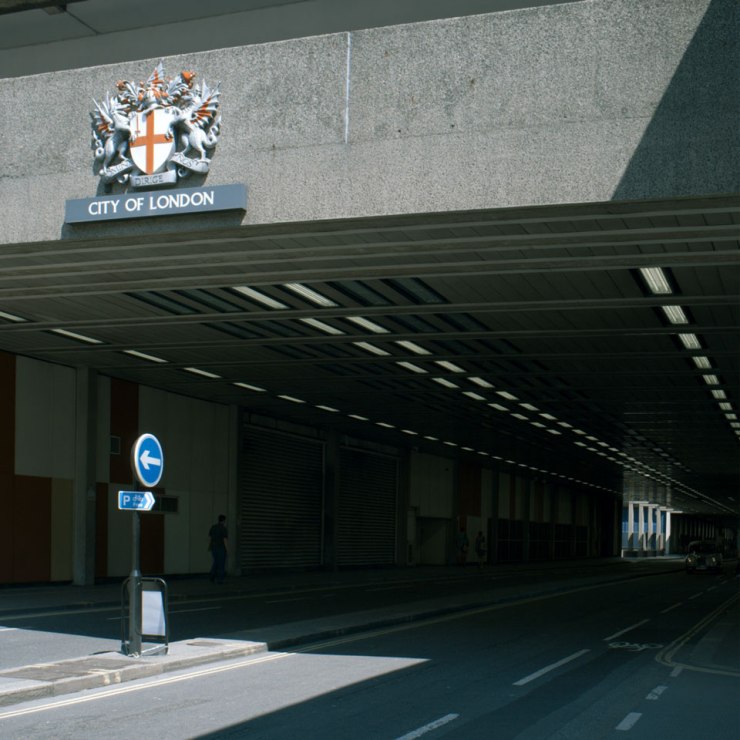 The first time I was there, AB and I had a long discussion about the Brutalist architectural style of the Barbican complex and we almost got into an argument about the architecture in Singapore – I don’t remember what about exactly, except that I felt inclined to disagree with him and defend against his “criticism” of the urban planning in my country! 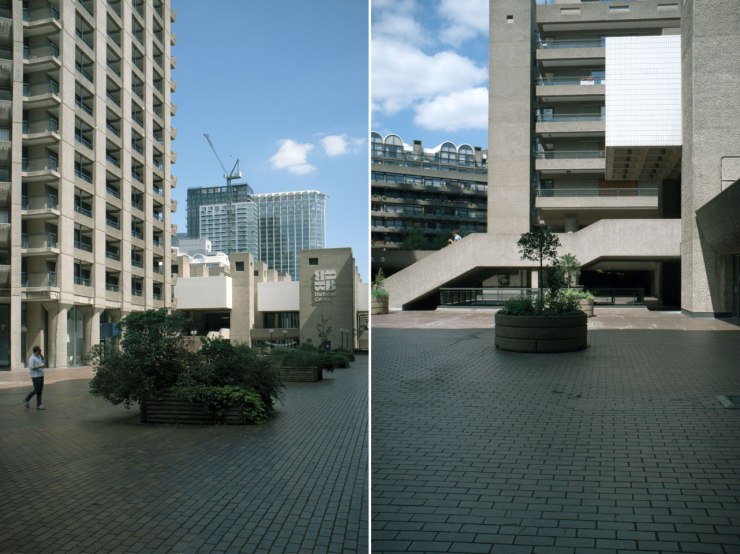 The Barbican is built over a site that was completely destroyed during the London Blitz in 1940 and the last phase – the Barbican Arts Centre – was completed in 1982. For me, the complex – with its tall concrete towers and large-scale social housing, inspired by Le Corbusierʼs Unite dʼHabitation in Marseilles – did not strike me as particularly strange or ugly. In fact, it seemed very normal to me, except that we were in London,where this is nothing quite like it. 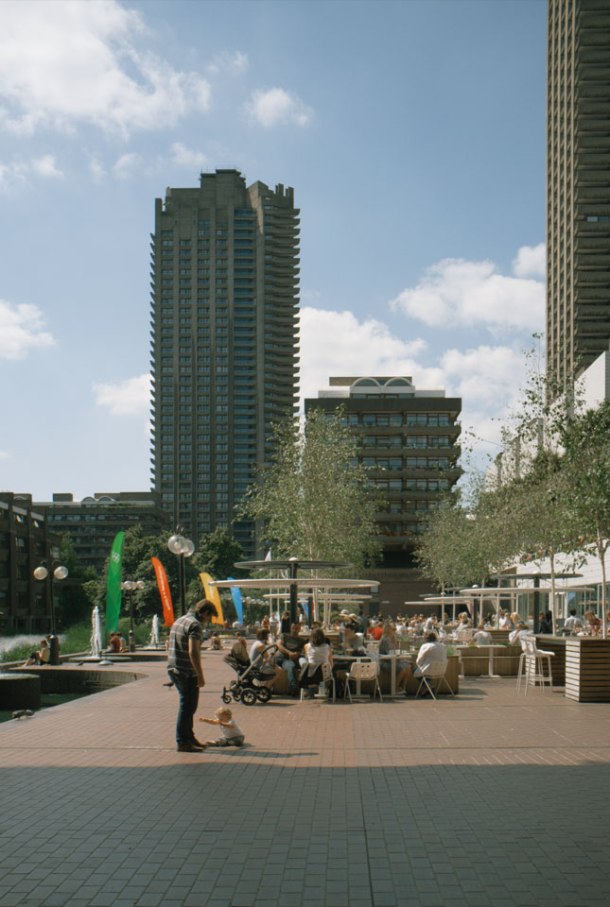 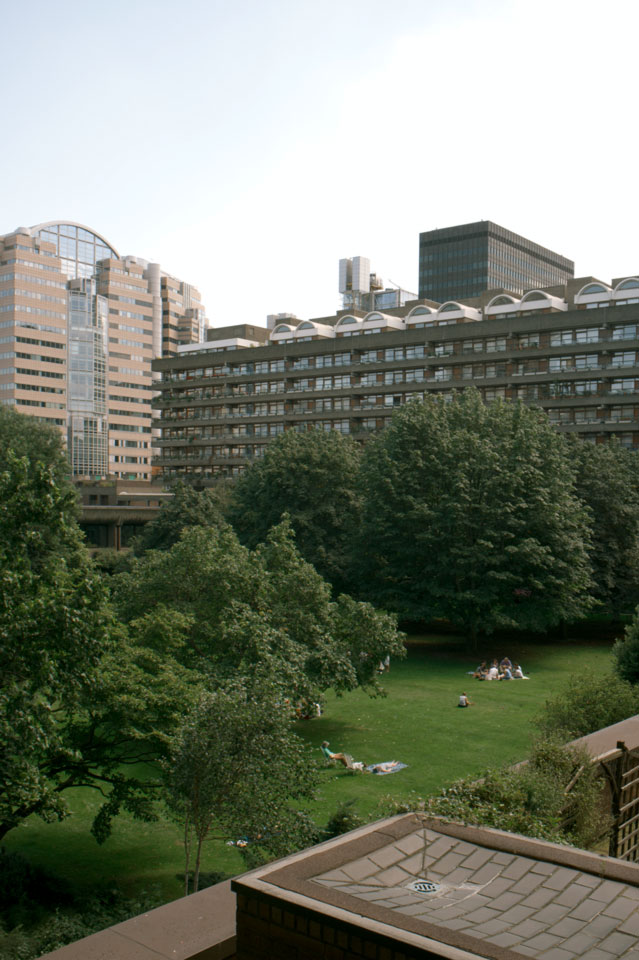 What struck me as particularly outstanding is how much greenery and outdoor open space there is within the Barbican complex. The first time I was there, it was on a warm summer day and people were sunbathing or having picnics in one of the green spots. 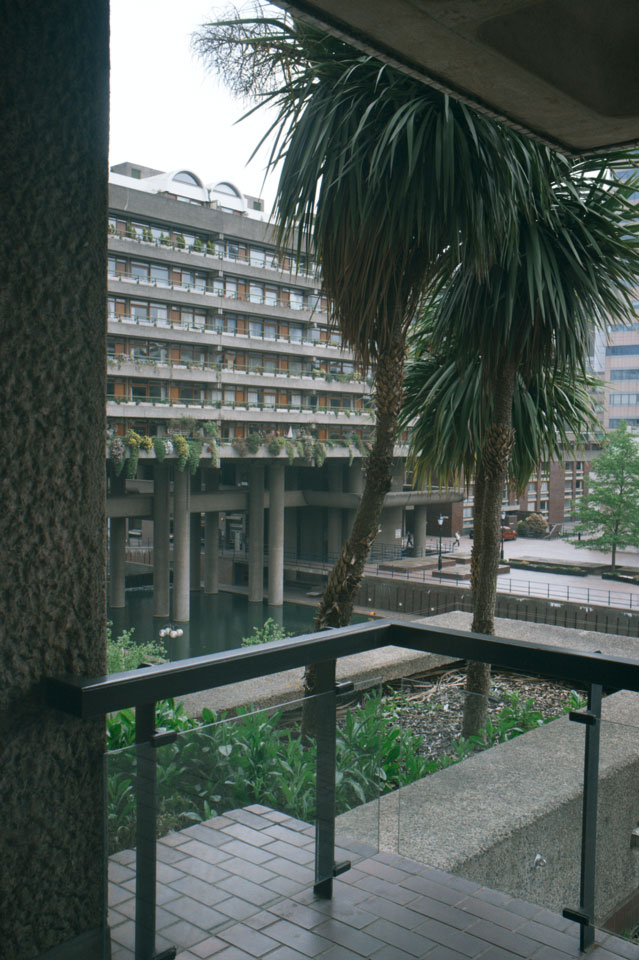 I came across this description of the Barbican on LondonConfidential.co.uk which I thought summarises the architecture of the complex quite well: The Barbicanʼs powerful forms and harsh exterior interestingly disguise a postwar movement, which sought to create a new style of architecture whilst also forming a new optimistic utopian society out of the ruins of war.

For more information about the architecture of the Barbican, this is a good read if you have the time : ) 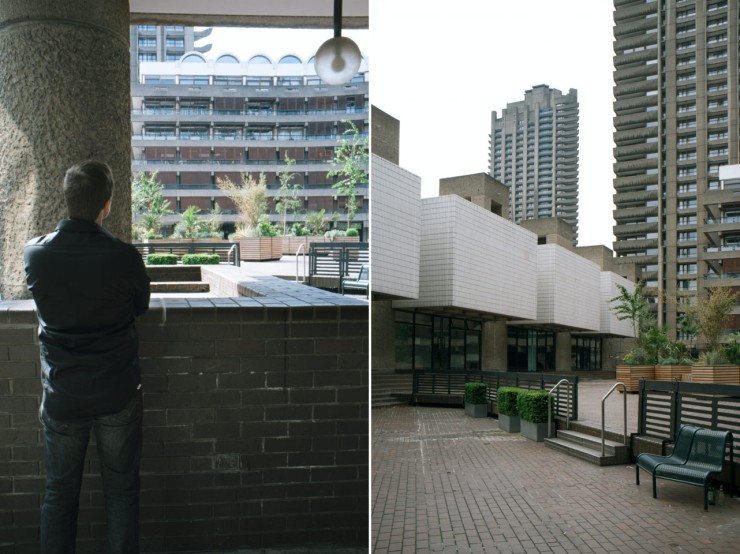 Diptych showing AB admiring the buildings (while listening in on a guided tour about the design of the Barbican) + a shot that he made while I was sleeping on the bench.

So, what about Singapore – what’s so Brutalist about the architecture on this little island? Here are a few photos that I found in my archives from the mid-2000s that present this style quite well.

People’s Park Complex in Chinatown: A large mixed-use development including residential apartments, offices and shops, this was based on Le Corbusier’s Unité d’Habitation and its original exterior was béton brut (exposed raw concrete), before it was painted over in gaudy green and yellow. 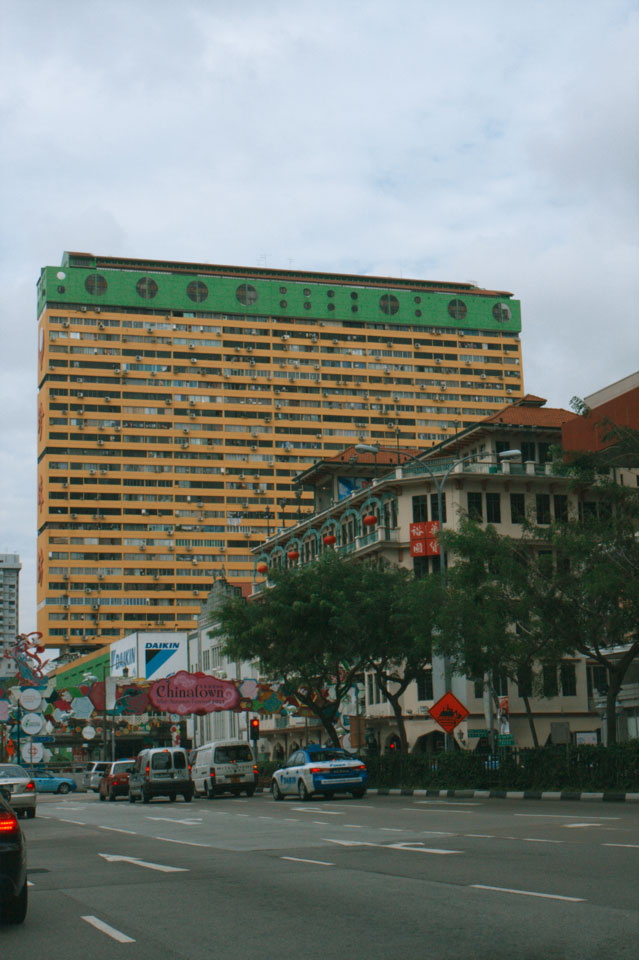 Until I learned about the Brutalist movement and the Barbican, I never thought that there was anything outstanding about the People’s Park Complex. All I had associated with it was that I could get tasty Cantonese-style desserts 糖水 and the Yong Xiang Xing Yong Tau Foo stall at the food centre always has a long queue but is worth the wait! 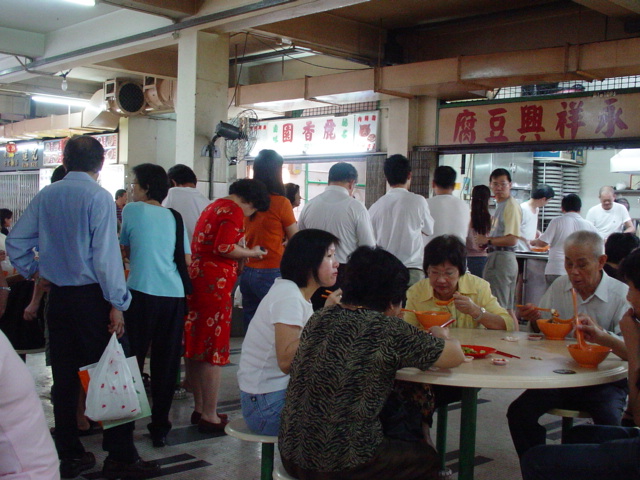 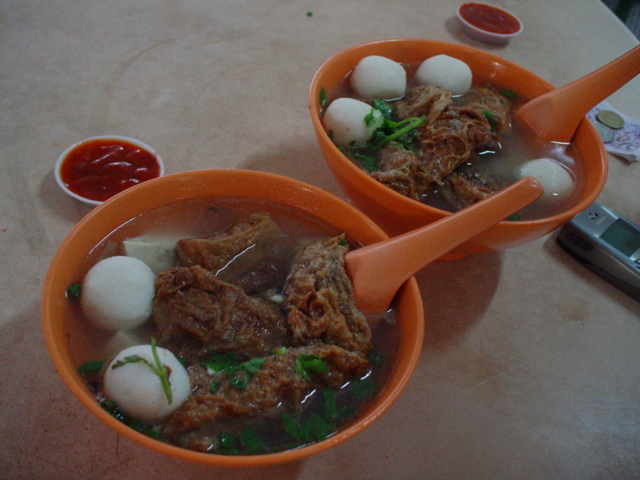 The Central Business District skyline in 2003 – just realised that this was taken 10 years ago! 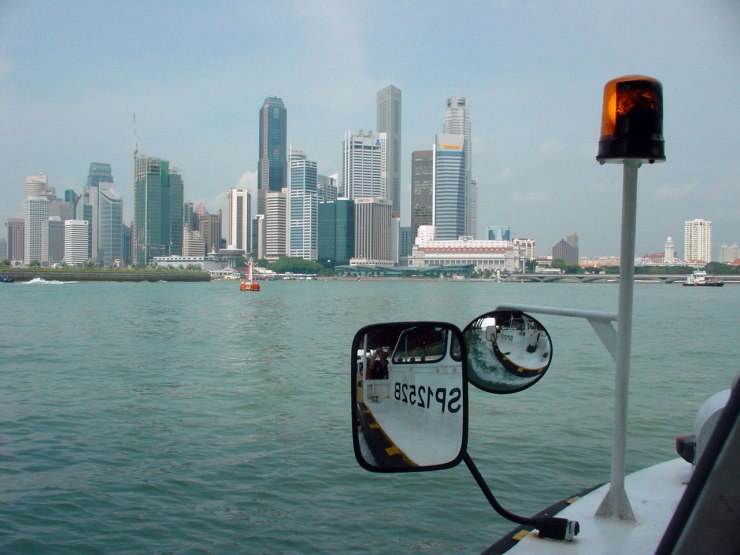 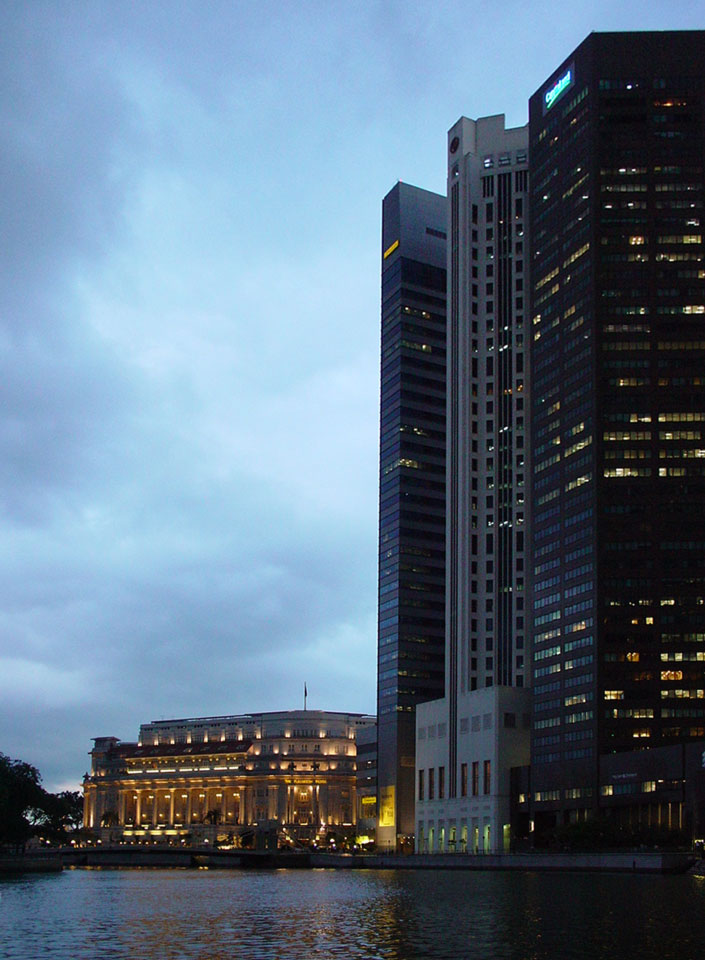 Views from the HDB (Housing Development Board) building at I grew up in at 336 Jurong East Avenue 1, in the western part of Singapore. The apartment that my family lived in spanned across the 11th and 12th storeys and my room overlooked the expressway. Some people may balk at the idea of staying in high-rise buildings, especially one that is next to an expressway, but I loved it! Especially for the green horizon beyond the roads and gorgeous views of the sky at sunrise and sunset, as well as spectacular lightning ‘shows’ whenever a thunderstorm came about. 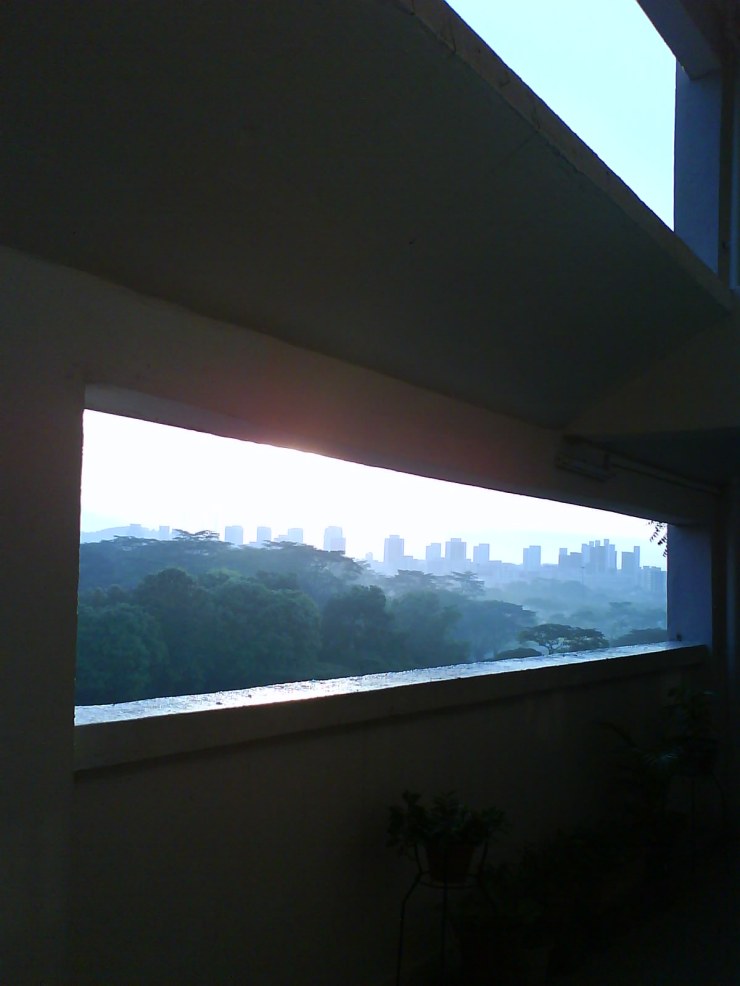 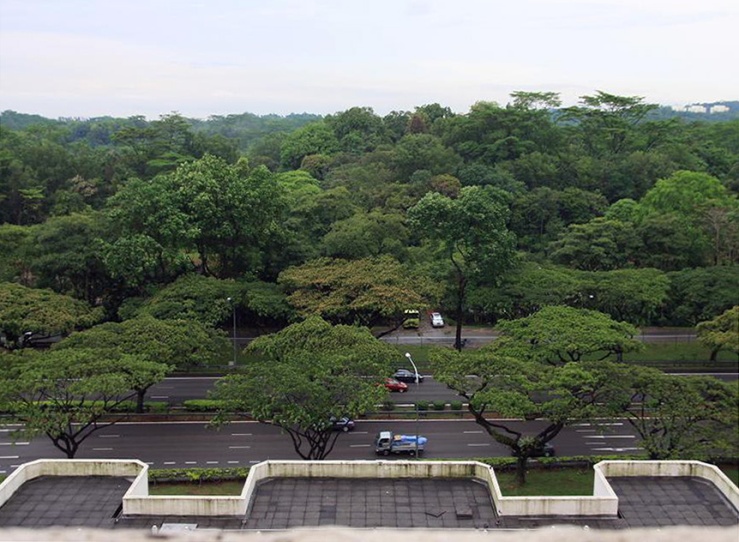 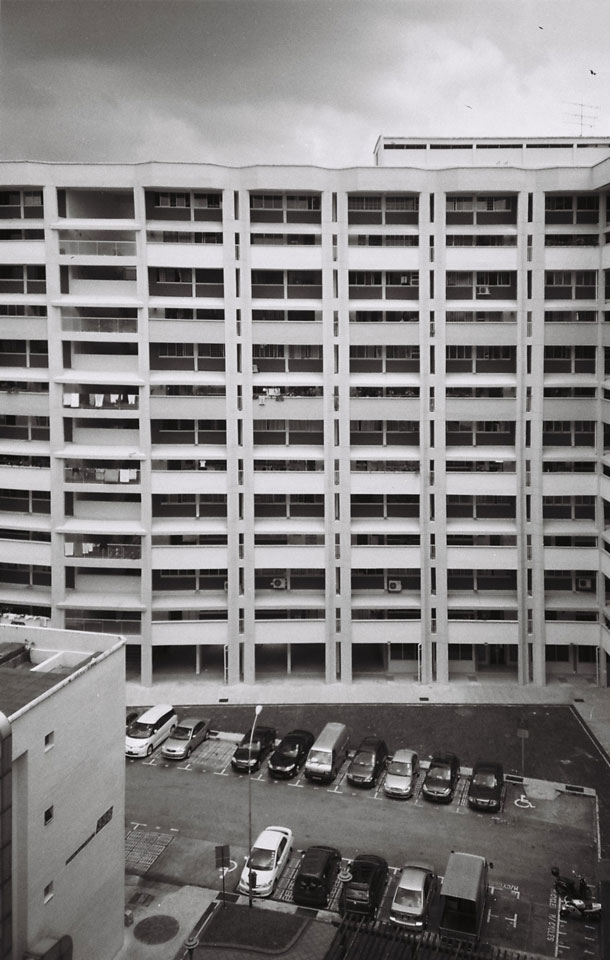