It was a sunny afternoon in 2011 when I spotted this set of Space Invaders hiding by a staircase on l’île aux Cygnes with la Tour Eiffel in the background. 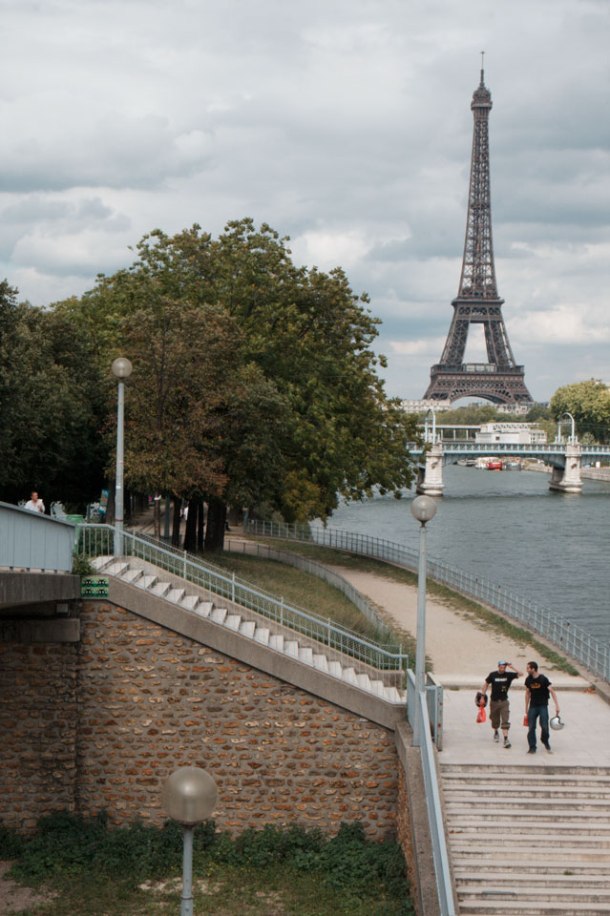 I had visited my friend Kaori & her newborn girl at her apartment and was on my way to a doctor’s clinic in the 16th arrondissement for a medical checkup (in preparation for my upcoming move to Brussels) when I came across them. Just moments earlier, I passed one of the three replicas of the Statue of Liberty in Paris: 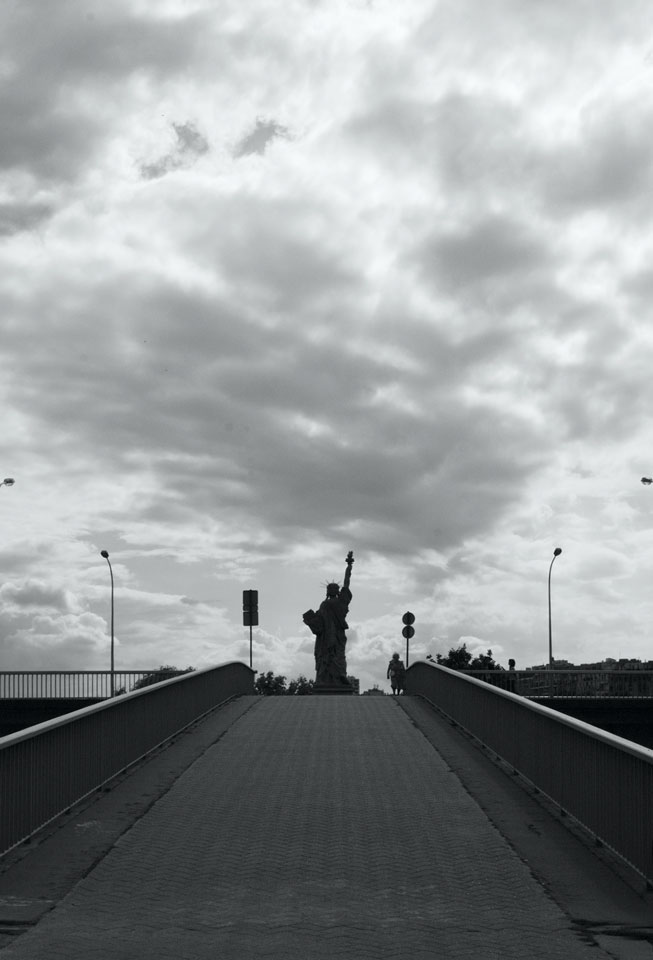 You can find the other two replicas at le Jardin du Luxembourg and at le Musée des arts et métiers.

Back to the Eiffel Tower… Even though I’ve spent quite some time in Paris, I’ve only taken a few photos of the tower as there are probably million images of it on the internet already. The images below were taken during my first visit to Paris in December 2008.

I had walked all the way to the Eiffel Tower from Jardin de Tuileries in the city centre. When I arrived and saw the long queue, I decided to not join it and instead walk around the immense structure, which is really quite impressive when you see it up close. It is even more so when you take into consideration that it was built in the late 19th century for the 1889 Exposition Universelle de Paris and the Eiffel Tower was the tallest man-made structure at the time, and remained so for about 40 years until the Chrysler Building was completed. 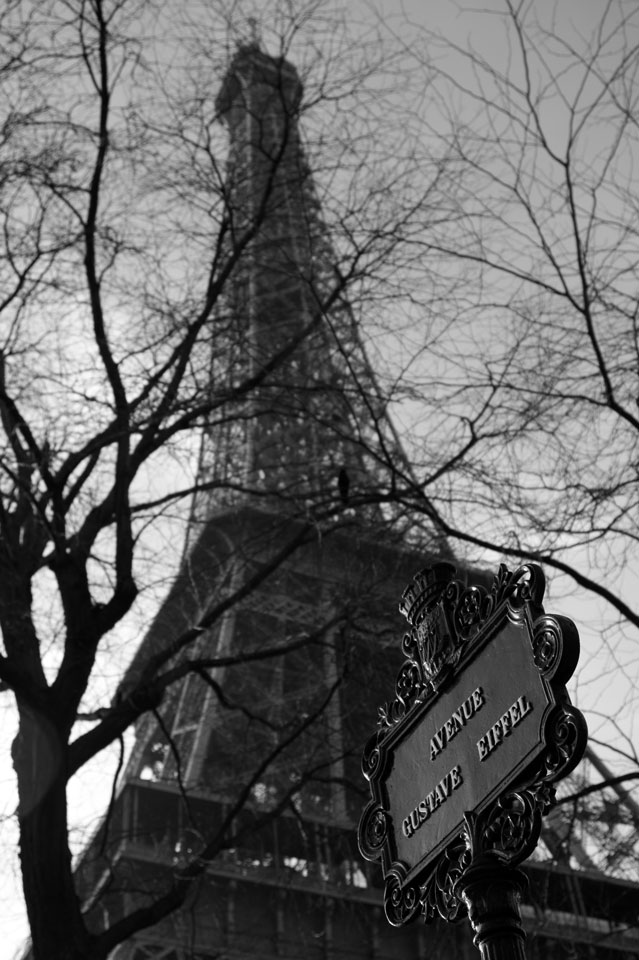 Some other interesting facts about the Eiffel Tower that I learnt today while preparing for this post: The structure was not designed by its namesake, but rather, by Maurice Koechlin, an engineer in Gustave Eiffel’s company, Compagnie des Establissments Eiffel.

Koechlin’s initial proposal was rejected by Eiffel who found the design to be too plain. More ornate features were added before the design was submitted for the competition to find the centrepiece of the World Fair. These include the decorative arches which served partly to reassure people that the tower was sturdy as arches were commonly used to support structural weight during those times. In fact, the arches do not support any weight and it is the triangles within the triangular structure that do so. 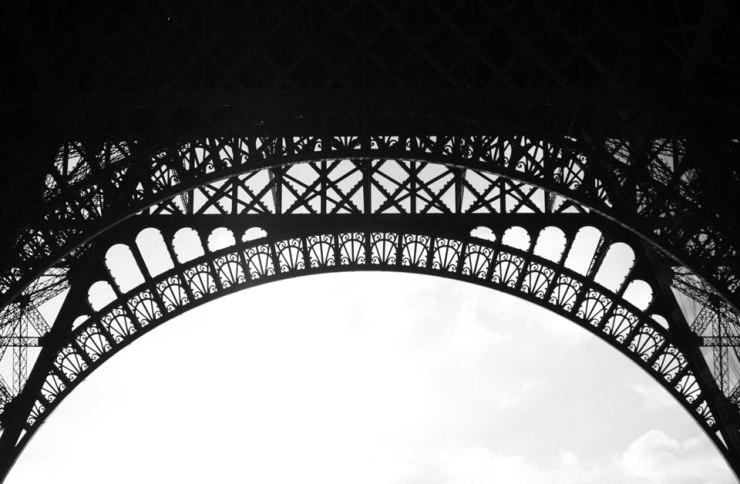 The Eiffel Tower was meant to be temporary and dismantled 20 years after the exposition. Fortunately this never came through and today we get to admire this immense steel structure which continues to be one of the tallest structures in Paris.

The tower also escaped demolition during the World War II when France was occupied by the German army. In August 1944, as the Allies neared Paris, Hitler had ordered the military governor of Paris to destroy the Eiffel Tower, as well as key transportation hubs and monuments like Les Invalides and Napoleon’s tomb. However his order was not followed by General Dietrich von Choltitz, who instead surrendered to the Allies. 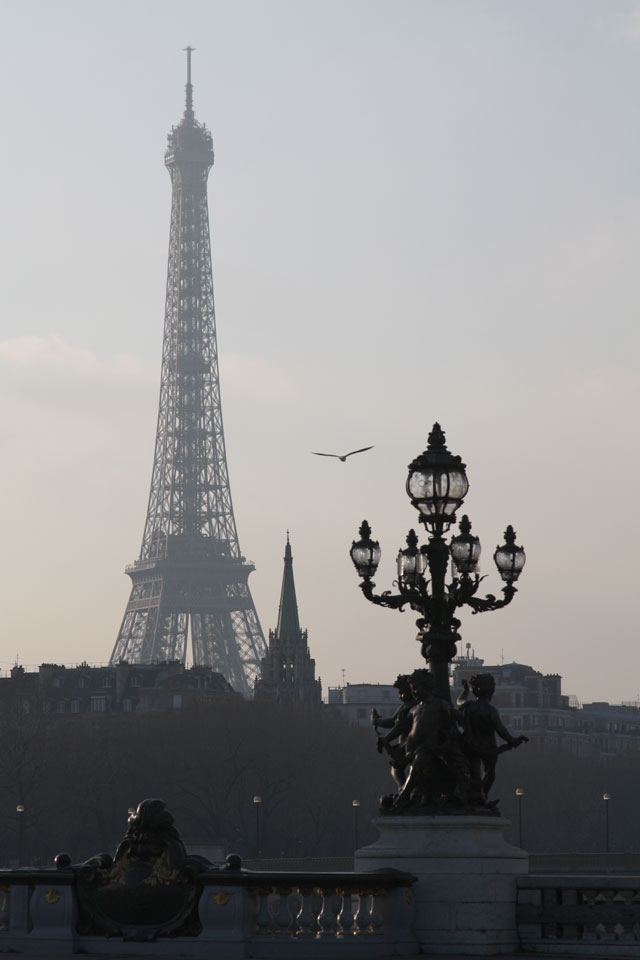 In 2008, the Eiffel Tower was lit blue and decorated with a ring of 12 stars to commemorate the start of France’s six-month presidency of the European Union.

According to an article on Reuters, this was supposed to last for two summer months. When I passed it in December while a friend and I were enroute to Créteil, it was (still) aglow in blue and beaming blue rays every few minutes. Fortunately, this was temporary as it was quite ghastly!