Yesterday was a beautifully sunny day. Today, everyone in the office was remarking about what a wonderful weekend it was in Brussels. It was noticeable that everyone was in good spirits with this positive change in the weather. Except for maybe me… because after a day of happily walking around Brussels yesterday, I stayed up to read Milan Kundera’s Ignorance and struggled to stay awake at the office!

Now that it’s almost midnight and my brain has resumed its normal activity, I am reminded of a lovely Sunday I spent earlier in January in Taipei when the temperature was about the same as what we had in Brussels yesterday and it was just as sunny yet cool. I had arrived bleary-eyed in Taipei after a red-eye flight from Brussels via Frankfurt. Instead of sleeping, I took a hot shower and walked around the city with a Google Map of various restaurants and bookstores that I had found within a reasonable distance from W Taipei (where I was staying). 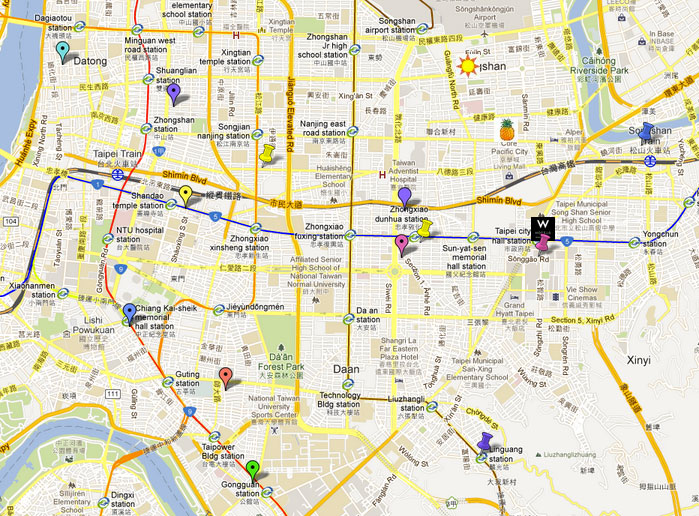 Two of the places that I had noted on the map were shops that specialise in baked pineapple tarts. As I was in Taipei a few weeks before Chinese New Year, I decided that I should buy some pineapple tarts to add to the festive mood in my apartment in Brussels. I had also recently heard about SunnyHills 微熱山丘 (1/F, No. 1, Alley 4, Lane 36, Section 5, Minsheng East Road, Songshan District; 民生東路五段36巷4弄1號1樓) and was told by a friend in Singapore that they make some seriously good pineapple tarts, comparable to the open-faced ones that I love so much.

SunnyHills is around 40 minutes on foot from W Taipei. I remember the shock and/or surprise on people’s faces when I mentioned that I was going to walk to the shop from the hotel and everyone immediately suggested that I take the metro or a taxi instead, explaining to me that it is too long a distance to walk. I think I probably would have had the same reflex if I were still living in Singapore but having spent just two years in Paris and Brussels where wandering the streets has become a favourite past-time and I’d walk for hours without noticing the time passing or the distance covered, I was amused by the reaction of these people as well as my own ‘determination’ to get around on my two feet (instead of sticking out my arm for a taxi).

Enroute to SunnyHills, I passed Chia Te Bakery 佳德糕餅 (No. 88, Sec. 5, Nanjing East Road, 南京東路5段88號) – which is also renowned for its baked goods, particularly the pineapple tarts, sun cake and wife’s cake. I bought a few pineapple tarts, including some that were mixed with other fruits or nuts such as cranberries, plums and walnuts. My purchase was insignificant compared to several of the other customers in the queue who had trays piled high with at least 50 pieces of these individually-wrapped pineapple tarts! After leaving Chia Te Bakery, I soon arrived at a nice little park where I immediately spotted a squirrel scurrying up a tree. There were old men sitting around in the shade chatting with their friends, as well as many bird cages hung up on the rails with the little feathered creatures singing in the sun.

As soon as I left Min Sheng Park 民生公园, I found myself standing in front of SunnyHills. Cool! As I left the singing birds behind me, I passed through the leafy green entrance and stepped into the shop where I was soon greeted by a pleasant shop assistant who asked if I’d like to have a cup of tea. Fortunately I had read a little about SunnyHills beforehand and had heard about the service of the place, otherwise I might have been a little confused by her hospitality.

Here, guests are invited to enjoy a cup of tea and a piece of their famous organic pineapple tarts, with compliments from the shop, when they arrive. Following which, you can choose to buy (or not) some of the tarts. No strings tied. But of course, most people who would go to SunnyHills would have already planned to buy some pineapple tarts anyway, which makes this warm welcome even sweeter. 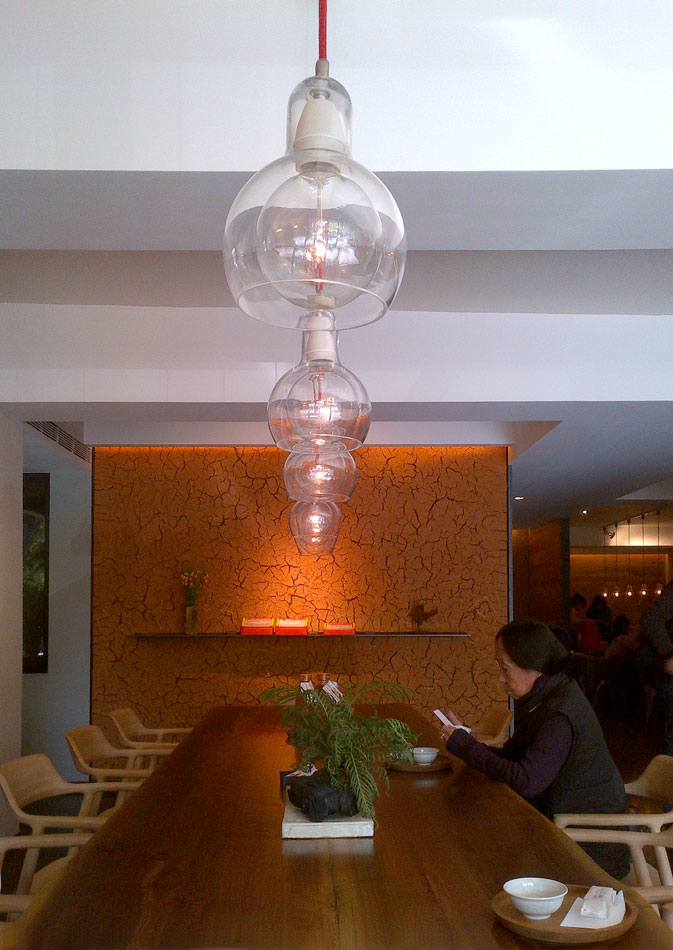 I like the tranquil ambience of the shop with its long wooden tables where guests can sit and enjoy some hot tea with the pineapple tart.

The pineapples used to make these tarts are grown organically in Taiwan. The pineapple filling had just the right balance of sweetness and tanginess, as well as a great texture. Too often, pineapple tarts are cloyingly sweet with the pineapple cooked to an indiscernible gooey mass. The crust was delicious too and complemented the filling perfectly.

As no preservatives are added in the production of SunnyHills pineapple tarts, they only keep for two weeks. Which meant that none of what I bought would last till Chinese New Year. So I ended up sharing most of them with my family when I met them the following week in Hong Kong and we ate quite a few when we were hiking in Tai O.

Back in Brussels, on a cold winter weekend, I made some Oolong tea and shared with AB a pineapple tart from Chia Te Bakery, which was tasty enough but not quite in the same league as SunnyHills. Nonetheless, it was a lovely way to reminisce about that one idyllic Sunday in Taipei not so long ago : )

6 replies on “Sunny Days and SunnyHills in Taipei 微熱山丘”