23 February 2013: I was in Paris for the weekend, in between two work trips. AB and I met our friends at La Fée Verte @ 108 rue de la Roquette for drinks – absinthe, of course, and some beer. I like how the sugar cube gradually disappears with every cold water droplet that lands on it. This style of preparing an absinthe drink, as shown in the photos, is known as the “French Method”. 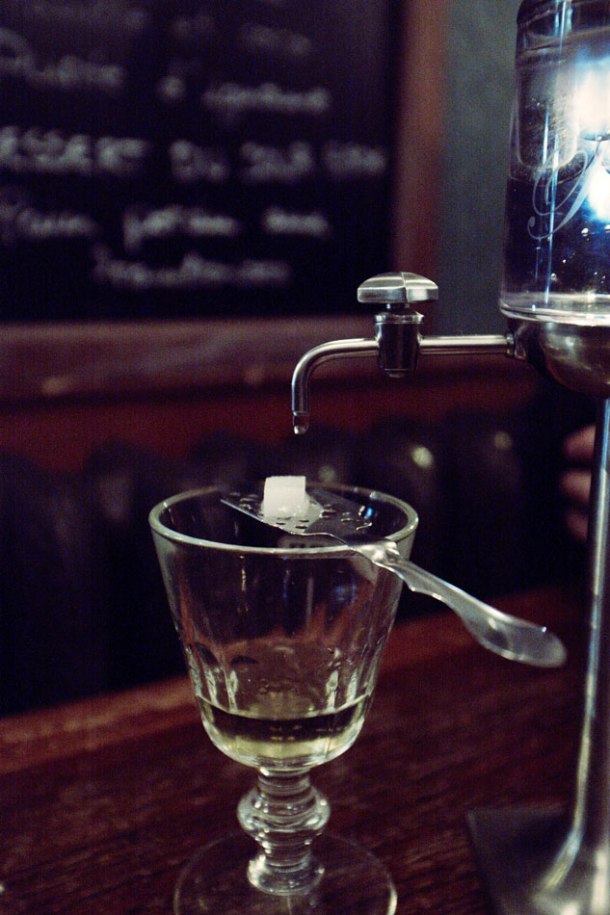 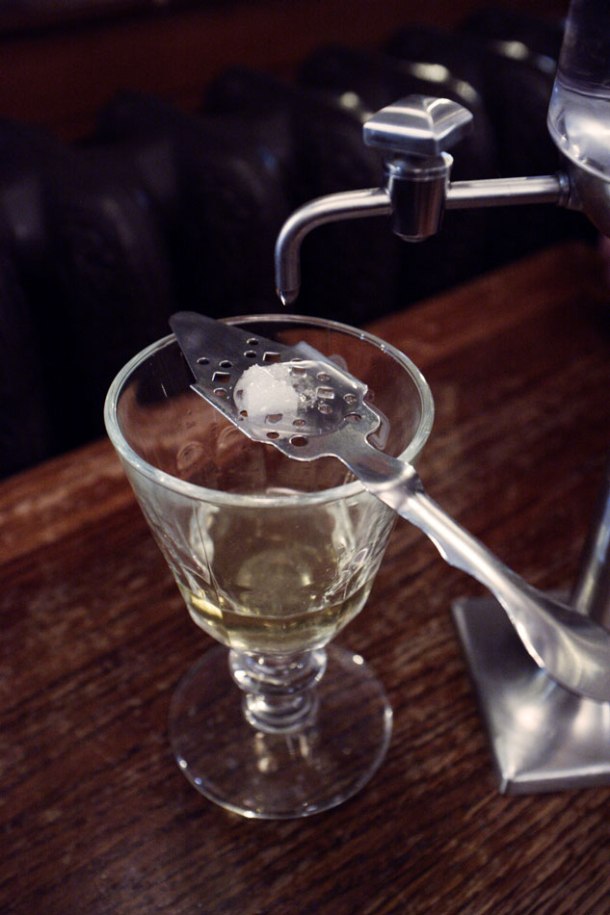 We decided to go somewhere else for dinner as the servers at La Fée Verte were rather insistent that we leave since we were only having drinks at dinner time. Shame, I really like the interiors of the place and would have liked to return to try the other absinthe flavours on the menu.

This being a Saturday evening, it meant that we were bound to wait for a long time for a table as we had not made any reservations. We moved from one restaurant to another, before ending up at Pause Café @ 41 rue de Charonne. 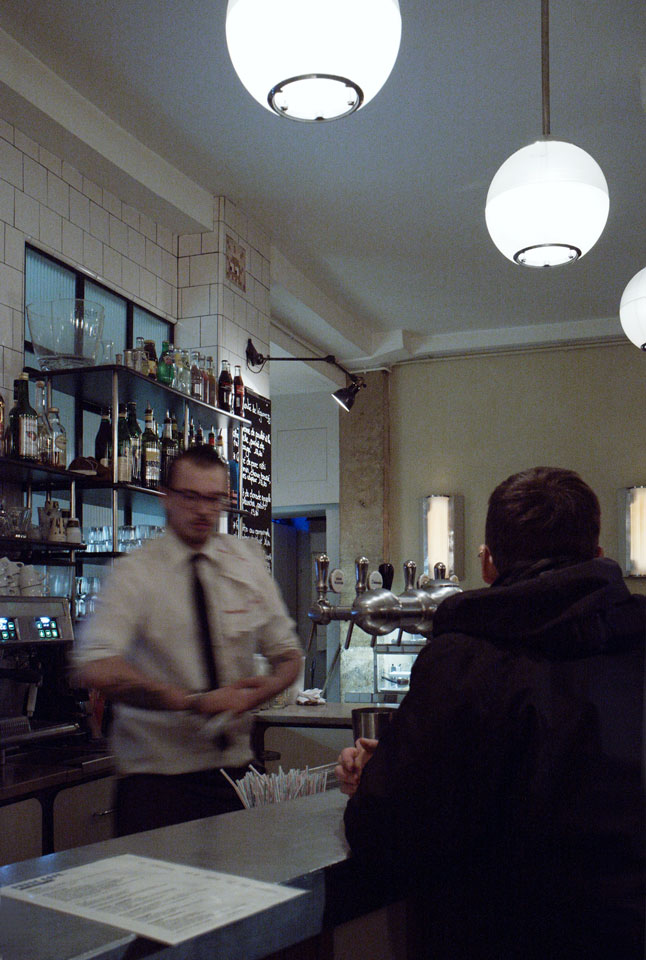 It was my first time here even though I’ve long heard of the place and had always wanted to go in. Mainly because I wanted to see for myself its resident Space Invader! But AB and I just never did so and instead, we had drinks or food at cafes and restaurants nearby (e.g. Septime, le Bistrot du Peintre). We almost ate at le Bistrot du Peintre that day… we left after learning that the chef was unable (read: unwilling) to make a cheese hamburger without cheese for one of us who is lactose-intolerant. Tant pis. 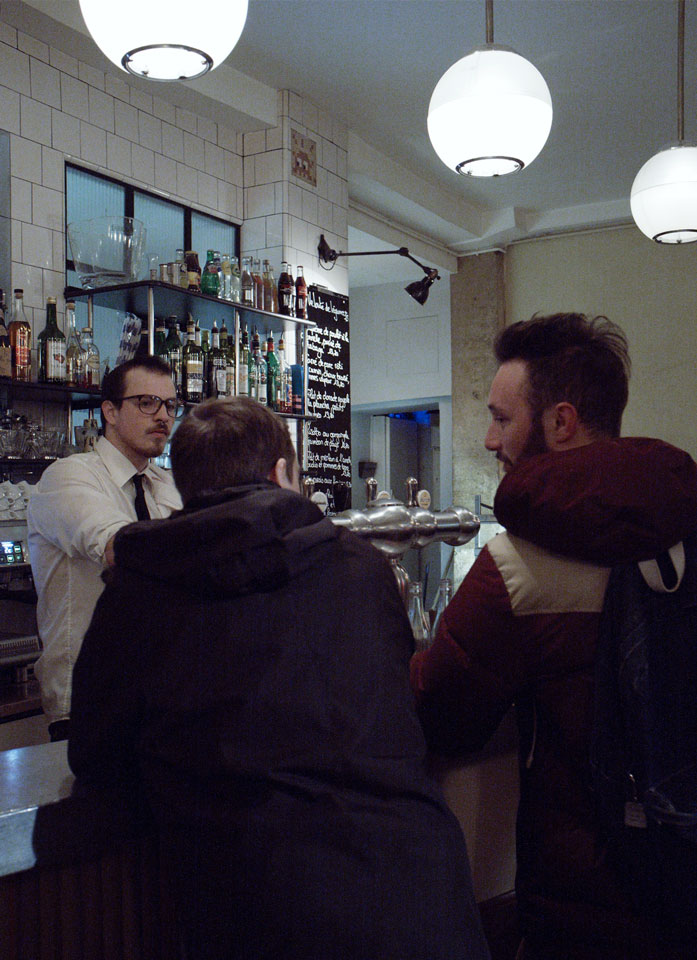 So we crossed the road to Pause Café which was looking rather busy with a cool crowd. After waiting for around 15 minutes with our drinks, we were ushered by a friendly staff to a table, all the while feeling quite ravenous but happy. Everything that we ordered was delicious and I was too hungry to bother taking photos of the food. The blueberry-apple crumble that we shared was a perfect sweet end to the evening. 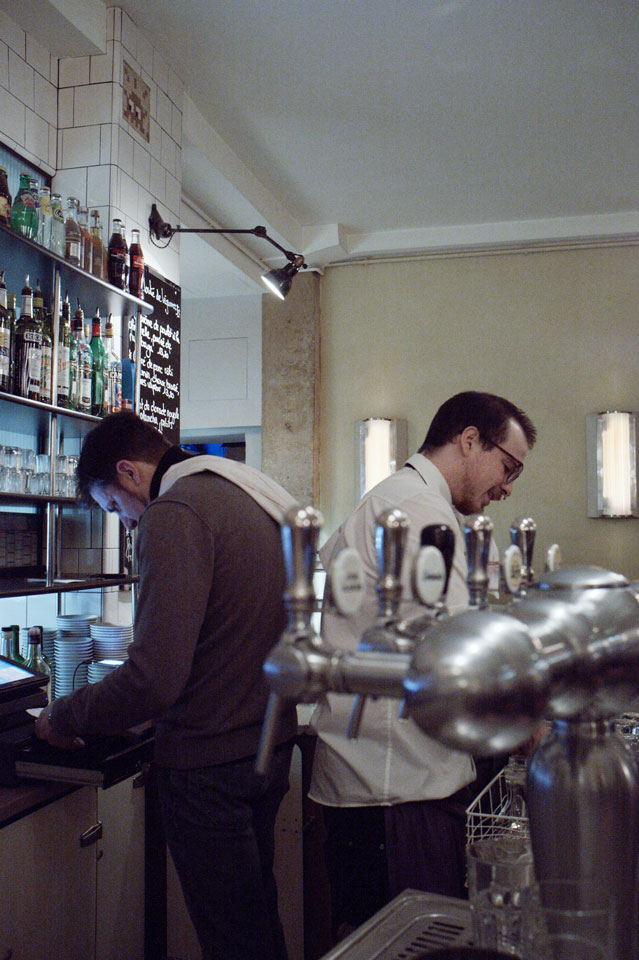 It was a good Saturday night out in Paris. Great company, convivial resto, satisfying dinner and one more Space Invader for the record!