Riding the slow train around Yangon

This non-stop train to Tokyo will leave Yangon Central in three minutes. Smoking is not allowed on the train. Our friendly staff will be selling kun ja (betel nut), but please do not spit in the train.

A stranger interrupted my thoughts when he came up to me and said, in halting English, “This not circle train.” He pointed out that the train was bound for some place that I didn’t recognise. 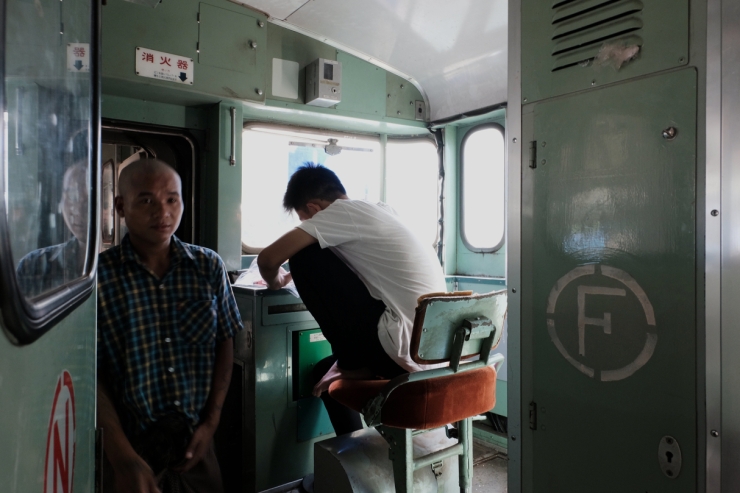 But didn’t the train station staff tell me that this was the circle line? I stepped off the train, passing a reminder in Japanese to speak softly on one’s mobile phone. As the train pulled out of the station, some faces dotted with yellow patterns gazed out of the windows above the bright green “JR” (Japan Railway) logo. 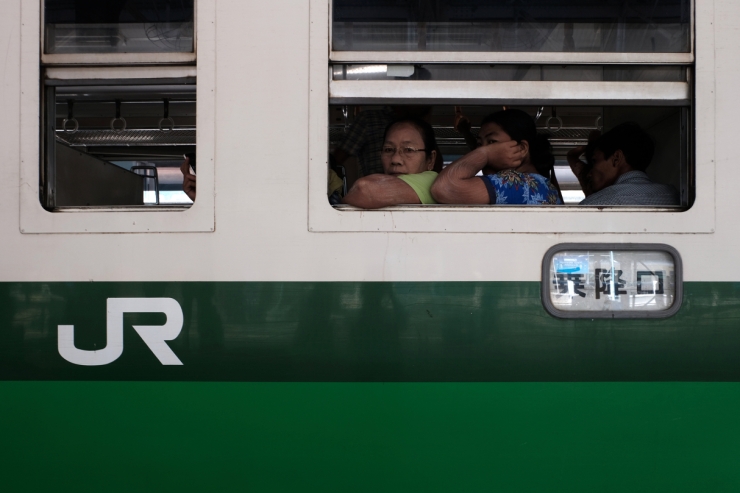 The Yangon Circle Line is the only route circulating through the city and operates a mix of Hungarian trains from the 1960s and decommissioned imports from Japan. The slow train takes around three hours to travel 46 kilometres and stopping at 38 stations. 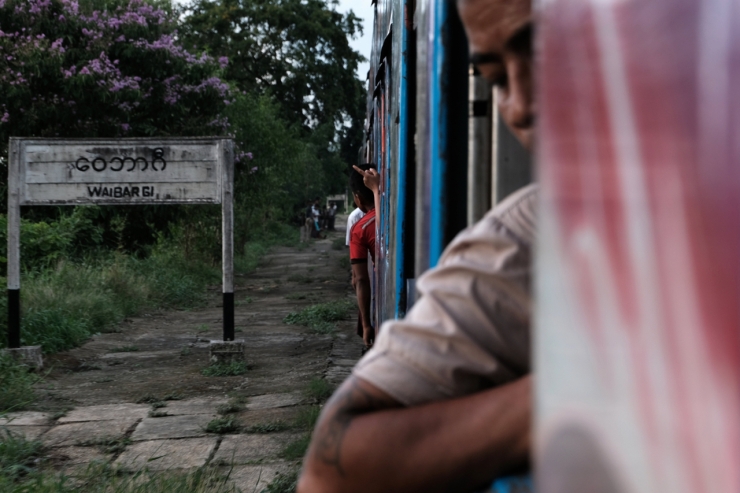 The Japan International Cooperation Agency is helping the Myanmar Railways to upgrade the circular circuit. When completed in 2020, the trains will take less than two hours to run the loop. 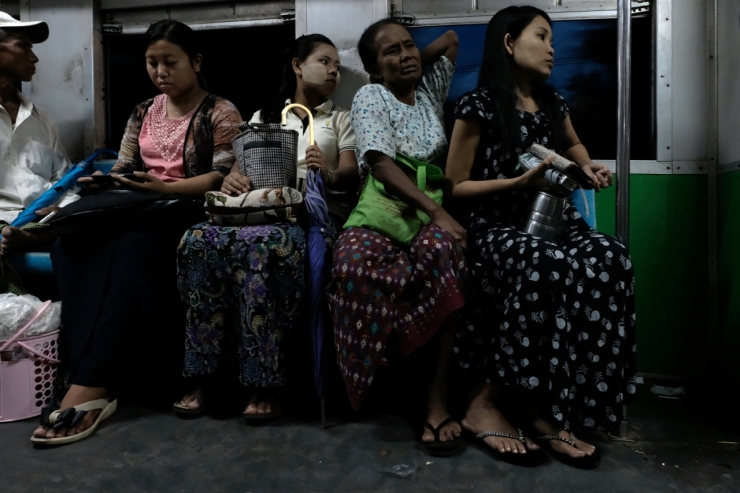 The Yangon Circle Line shuttles 95,000 people between the outskirts and downtown area every day. Aside from some tourists, most of the passengers are low-income Yangonites. The train is cheaper than the bus to get into and out of the city centre. Currently, more than half of the city’s 4.77 million residents take the bus instead, contributing to the congested roads. If more people were to travel within the city by rail, the road traffic situation will improve. 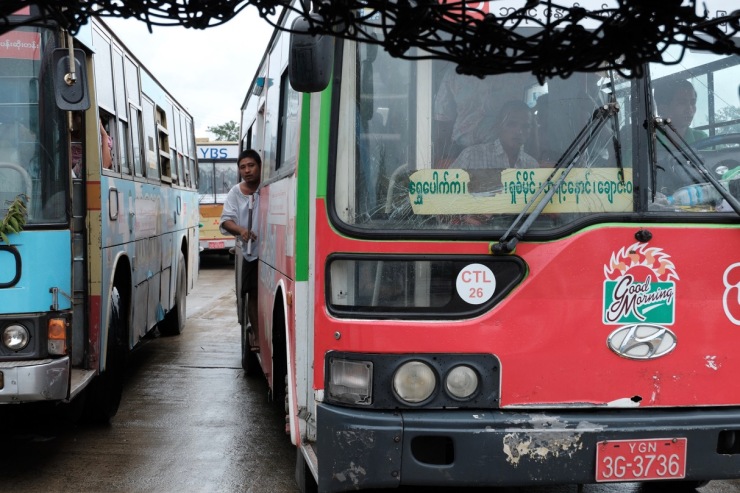 Built by the British in 1877, the Yangon Central Station is Myanmar’s largest train station. 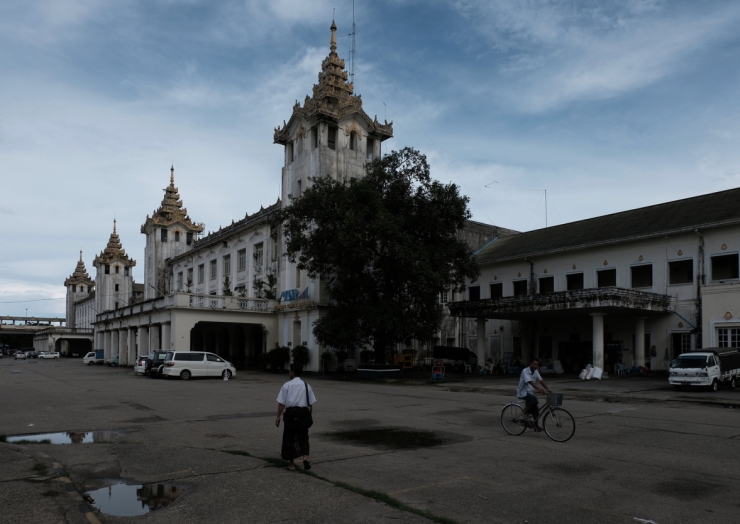 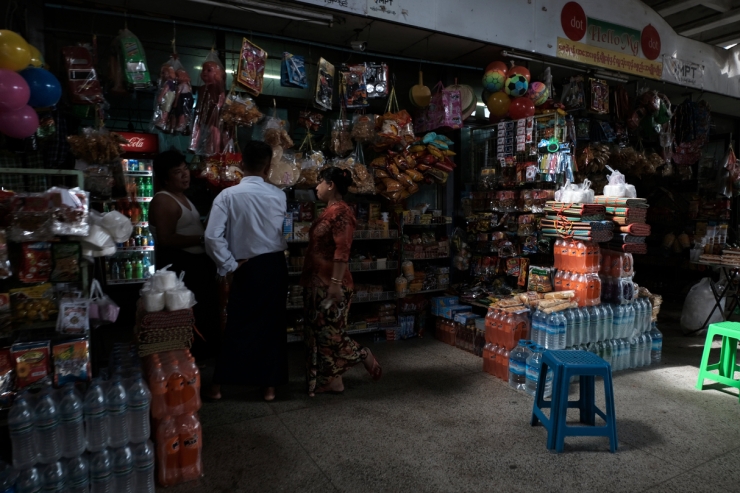 The station is also home to many homeless families who camp in and around the premises. Old ladies rest on the benches as children in tattered clothes play on the platforms and in empty carriages. 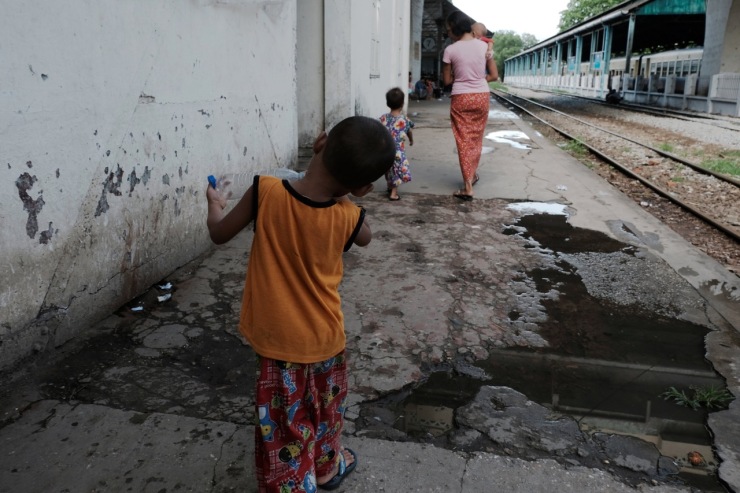 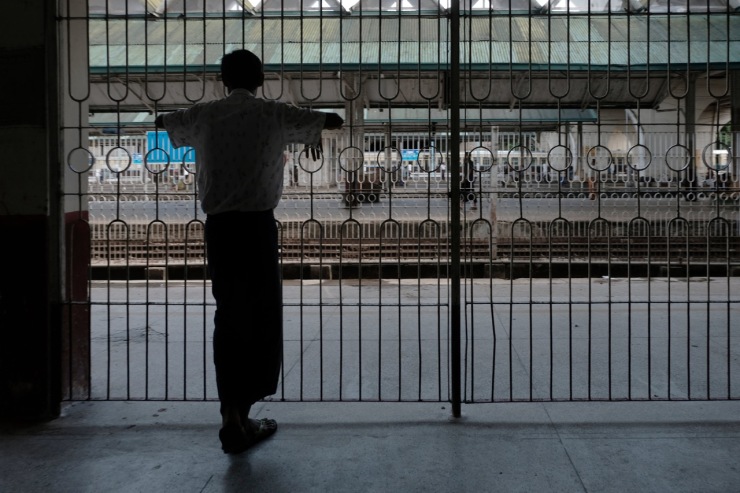 As the train chugged northwards, different scenes unfolded along the way. From farmland and open fields to palm huts next to tall piles of plastic trash. Children splashed about in muddy ponds in villages where some of the city’s poorest live. Men with their longyis pulled up like shorts played chin lone (sepak takraw) while elderly men sat and chatted on a nearby rail track. Women wearing thanaka on their faces sold fruits, vegetables, and cooked food at some stations. 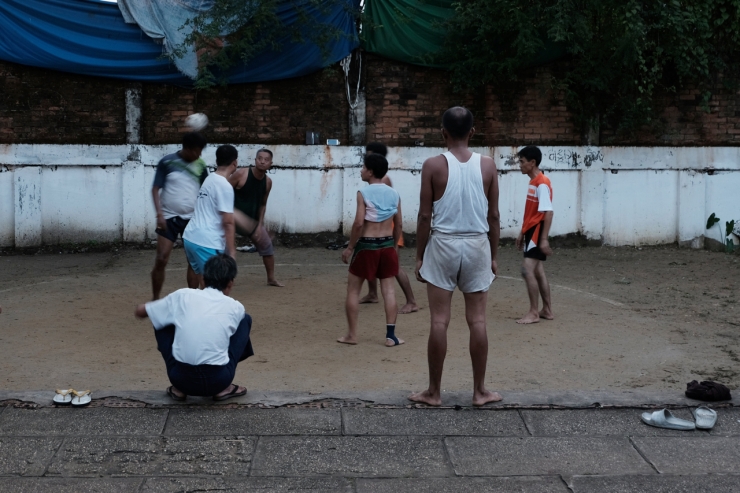 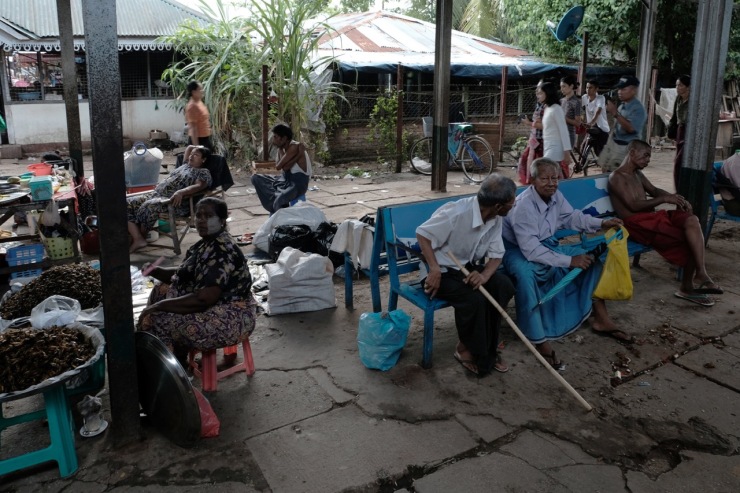 The hard wooden benches can get a little uncomfortable during a long ride. To make themselves comfortable, some passengers removed their sandals and folded their legs on the bench, arms perched on the window. Some people prefer to stay by the opened doors, taking in the breeze and scenery. 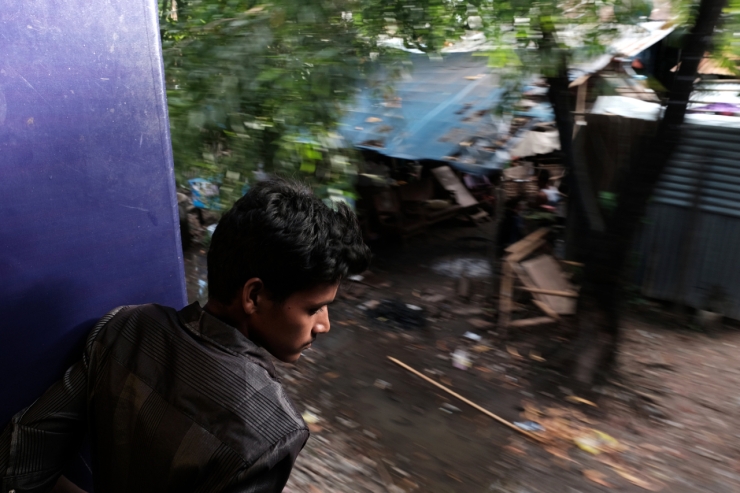 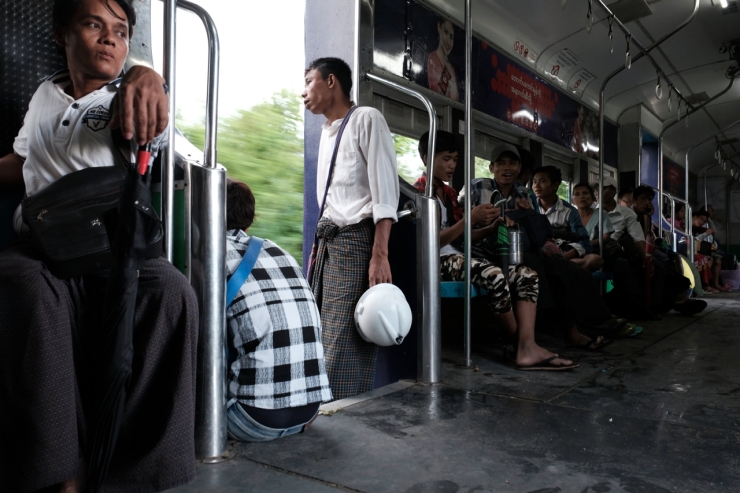 Feeling peckish? Fret not. Hawkers boarded the train at different stations, passing through the carriages with baskets and trays filled with boiled quail eggs, sliced pineapples, rambutans, and homemade cakes. You can also buy bags of limes and betel quids. 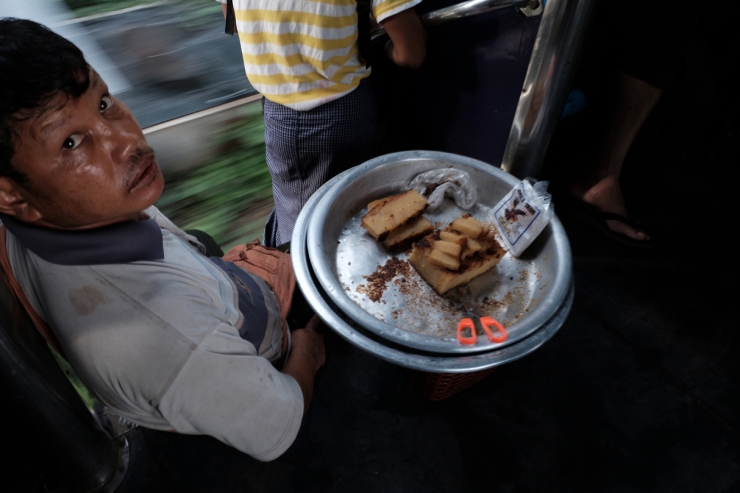 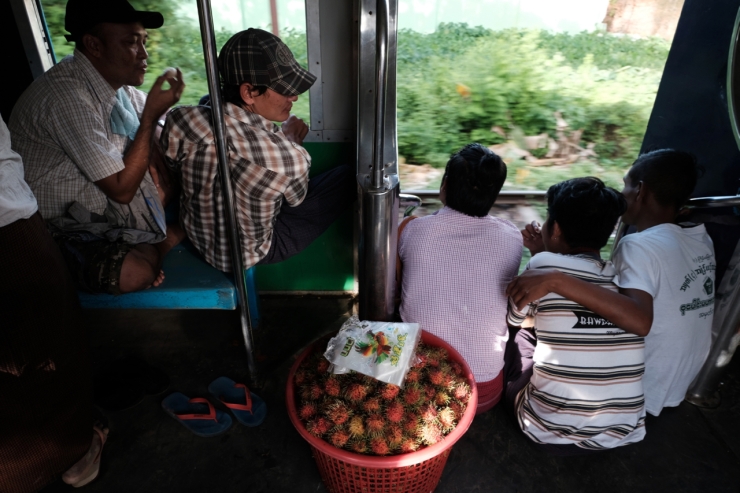 Myanmar is emerging from decades of isolation under military rule. It is a matter of time before the Yangon Circle Line is modernised and this idyllic mode of travel becomes a thing of the past. 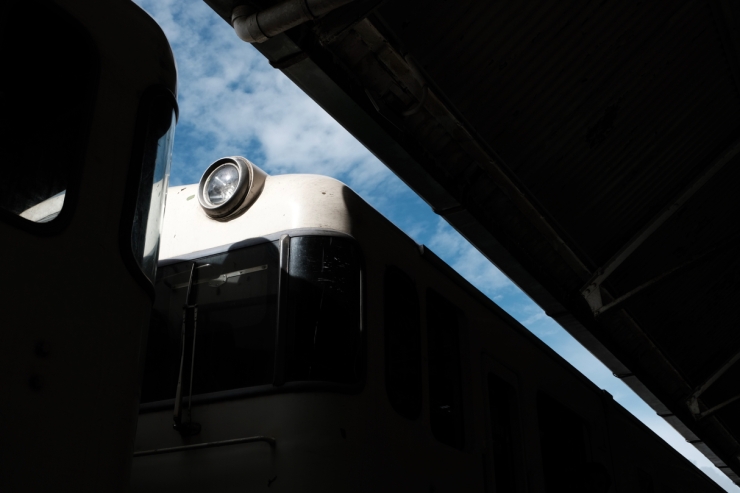 A one-way ride on the Circle Line costs only 200 Burmese Kyat, which is approximately 15 US cents. Riding the Circle Line is an interesting and inexpensive way to see another side of Yangon. All you need is time. 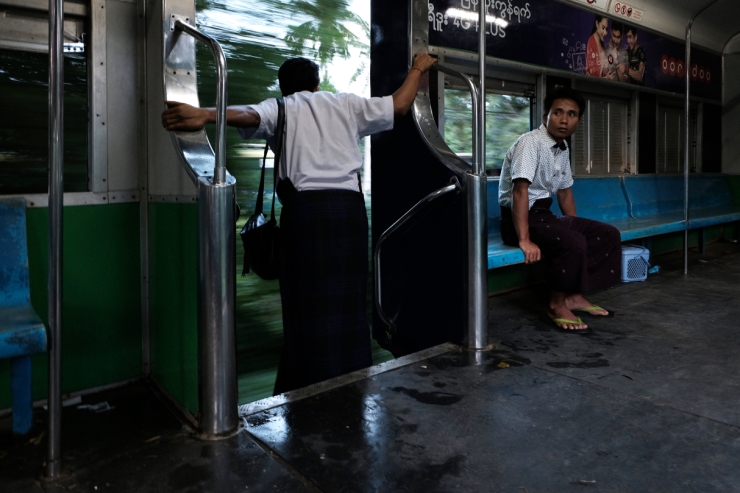 8 replies on “Riding the slow train around Yangon”