My first visit to Prague was more than five years ago. I thought it looked like it was made up of giant, colourful wedding cakes and imagined that Disneyland must have been inspired by Prague. It was interesting to have visited the city but I didn’t think I would return.

Recently, work brought me back to Prague, twice in one month. Over those few days – much of it spent walking around and talking to people who grew up there, I left with a new appreciation of the city. Enough to inspire me to write a series of travel notes coupled with some of my favourite moments and tips in Prague.

To start things off, let’s talk about city’s eclectic architecture.

Unlike most major eastern European cities that were extensively destroyed during WWII, Prague emerged from the war unscathed except for a controversial bombing in 1945. Hence the city’s medieval centre has remained largely intact, a showcase of architecture spanning several centuries including Romanesque, Gothic, Renaissance, Baroque, Art Nouveau, Czech Cubism, Functionalist and Communist.

One of my favourite buildings in Prague is the Obecní Dům (Municipal House) which is adjacent to the Powder Gate. Built from 1905 to 1911 and designed by Osvald Polívka and Antonín Balšánek, the Municipal House is an impressive Art Nouveau palace featuring works by some 30 Czech artists.

Monumental allegorical figures adorn the facade of the building. I particularly like the pair of torchbearers above the main entrance, each holding a geometric glass ball – a hint of the Czech Cubism movement that was to become prominent in Prague shortly after the Municipal House was completed. 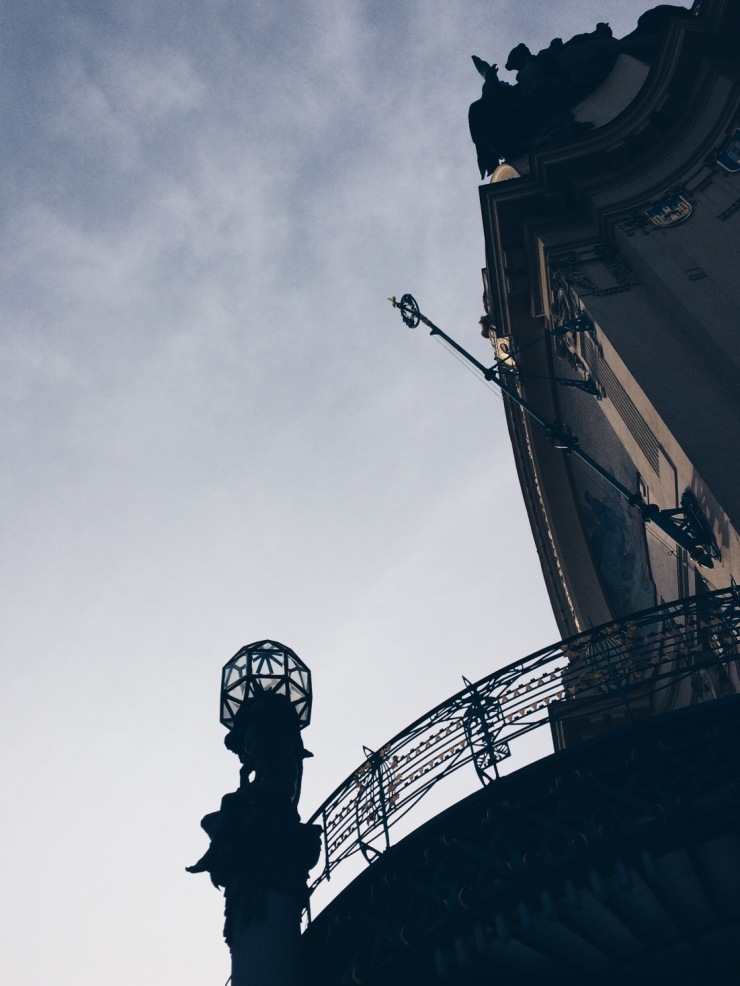 Whenever I enter the Municipal House, I feel like I have stepped into a bygone era cloaked in magnificent splendour and elegance.

My favourite spot in the building is the vaulted basement, which is less decorated than the floors above and sees fewer visitors. Even though I know what awaits me, I am filled with anticipation as I walk down the symmetrical, mirror-lined staircase.

I love the entrance to the Americký bar (American Bar), which is apparently the oldest bar in Prague – do they mean cocktail and wine bar since beer pubs must have existed even longer?

An invitation to travel back in time while sipping cocktails

Framed by a lofty entrance, an intimate bar counter illuminated by a beautiful chandelier beckons. An invitation to travel back in time while sipping cocktails.

After soaking in the magical ambiance of the Municipal House, I push open its heavy doors, step out onto the bustling Náměstí Republiky (Republic Square) and am returned to reality.

For more information on the Municipal House, visit the website: http://www.obecnidum.cz/en/.

You can enter the building for a look around or guided tour, listen to a concert under the grand glass dome in the Smetana Hall, or dine at one of the restaurants.

I was told that the French restaurant is good albeit expensive. I can vouch for the hearty cuisine served in Plzenska Restaurace, a traditional Czech beer hall restaurant next to the American Bar. When I ate there five years ago, the roasted Bohemia duck with potato and bread dumplings plus sauerkraut was good. I also realised for the first time that it can be cheaper to order beer than water in Prague! 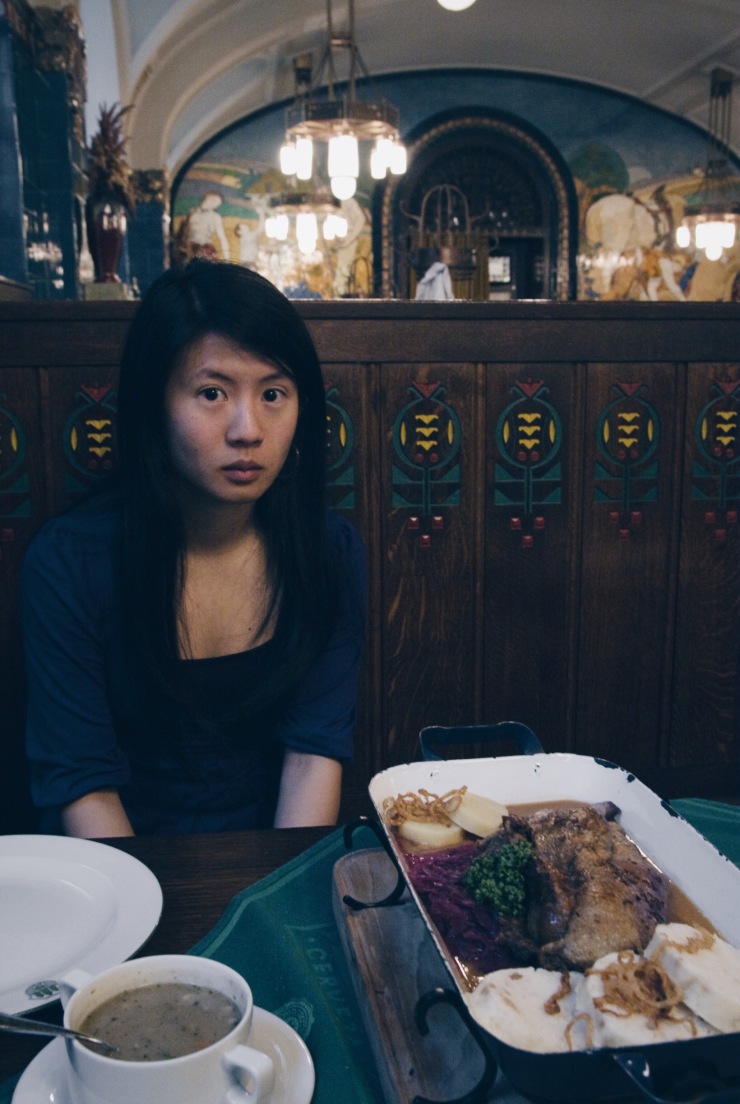