Travelling through time and space

When asked why do people like photographs and what are the effect of good picture, Gerry Badger, co-author of “The Photobook: A History Volume III”, said:

“They take you to places that you can’t go to, like the surface of the moon, and they also form memories, they take you to long ago. They allow you to travel through time and space…”

While I don’t fully agree with the rest of his response to this question in this interview, I think most, if not all, of us would concur with what I’ve quoted above.

I take photographs for a multitude of reasons including:

I know exactly what he meant about travelling through time and space through photographs.

Since I was around eight, I would flip through family photo albums, one after another. It was such fun and would keep me entertained at least an hour. Sometimes it felt like time stopped while I was looking at the people, observing the moments of delight/awkwardness/mischief, seeing places I’ve been to (or not). I would look through the albums again some months later and still find every single image just as intriguing.

Certain movies, music, novels and paintings also have the power to transcend time and space. Even smell. In fact, scent is the strongest memory trigger amongst the five senses.

I had written about how smell brings back memories. But because I so do love this quote in this article by Edward Readicker-Henderson on scent/smell, I’m repeating it here:

“Of the five senses, smell is the strongest memory trigger, the one that takes you back to love, to walking into a desert temple, to a fine dinner, or even to the burning ozone of a Japanese train on a winter night. Scent is the filing system of our lives. It allows us to place who and what and where we are in the world.”

Today’s post was inspired by an exhibition in Paris featuring colour photographs that were made more than a century ago, a time when colour photography was rare. I especially enjoyed seeing those images of people at work in their ethnic costumes or uniforms – a glimpse into a past that probably no longer exists.

Meanwhile, featured here is a photograph that I took during the exhibition, as well as the digital scan of the original negative of this image from the Library of Congress. 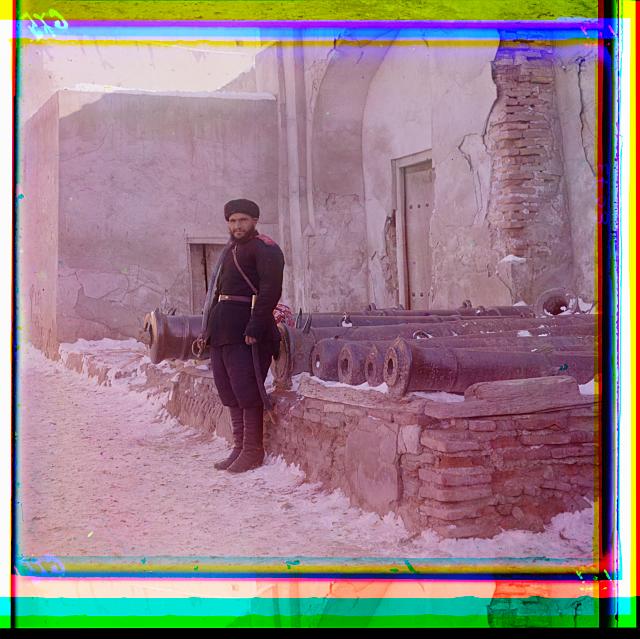 19 replies on “Travelling through time and space”