Work has been hectic lately and I’ve not had much time to blog. As I’ll be travelling in the next three weeks – first to London for work, then back to Singapore (my last visit home was 18 months ago!) with a short trip to Bali – I wanted to jot down my thoughts and learnings from the Magnum Photos workshop while they are still fresh in my mind.

It was less than a month ago that I was in Heidelberg, Germany, but it feels like several months have since passed!

While the four-day photography workshop was more intense than I expected, I enjoyed myself tremendously. That weekend was spent ‘working’ on photos, but it was one of the best weekends – excluding holidays – I’ve had in the recent years. I was constantly learning something new or being inspired by what some of the Magnum photographers shared with us, especially Chang Chien-Chi 張乾琦, who was leading my group.

One of the main reasons I signed up for this workshop was because I wanted to learn how to create meaningful content in my photos instead of just taking pretty pictures as most of my images are very formal (driven by lines, shapes and shadows). Through the workshop with Chien-Chi, as well as the forums with him, Abbas and Chris Steele-Perkins, I’m happy to say that this question was addressed.

I left Heidelberg with a deeper understanding and newfound respect for photojournalism.

It was a privilege to be able to learn from Chien-Chi and to have an open dialogue with him. It was incredibly inspiring to learn about his approach and commitment towards some of his past and ongoing projects, which include Chinatown (we got to see an extended version), Escape from North Korea, Bongo Fever, Double Happiness, and The Chain.

He was very open and shared with us some of his experiences, as well as what he learned from some of the individuals whom he photographed – from the (il)legal immigrant workers from Fuzhou eking out a meagre living in New York to the North Korean refugees who risked more than their own lives for a chance at a better life outside of the communist state.

Some people may think that Chien-Chi is not very communicative as he didn’t give very detailed feedback and sometimes appeared lost in thought or reticent. I beg to differ; while he didn’t necessarily say a lot, his comments were usually very thoughtful and insightful.

He was also straightforward and didn’t beat around the bush. This was sometimes taken the wrong way when he critiqued the photos of some of my fellow workshop participants as some people felt that he was too harsh. While he didn’t hold back on providing negative feedback, I think that he always tried to give some constructive advice on how things could be improved.

Chien-Chi also has a wicked sense of humour, which made the workshop with him even more fun!

What else did I learn from him during the workshop?

“Slow down, don’t rush” – this was one of the first comments that I received from him after presenting the photos that I took on Day 1 of the machines and at Ludwigshafen. I was surprised that he could tell that I had taken the photos in a hurry.

He added, “While I wasn’t there in person and can’t be sure, I think there are opportunities (in the storage area with the disused machines).”

I took his advice to heart and decided to focus on those dust-covered machines later that afternoon. When I returned to the hostel, which is housed in the same building as the storage area, I was dismayed to learn that no one was picking up the phone at the administration office (as it held the keys). The hostel staff – who had called the office on my behalf – shrugged and said that it was likely that they have closed for the day as it was past 2pm on a Friday.

But I remembered what Chien-Chi mentioned during our workshop: If at first you don’t succeed, try, try again.

So I dropped off my laptop in the room and hurried to the administration office to see if there was anyone around still. And there was!

This time, I took my time. I played the music aloud on my iPod Touch (the sound quality was awful) and left the device atop a machine. I walked around, squeezed between and climbed under the machines.

It was surprising to discover new perspectives which had slipped my attention the previous day. For instance, there were step-ladders that provided me with an elevated view of the room. I also tried to apply what Chien-Chi mentioned repeatedly: Make everything in every frame count.

I lost track of time. I don’t think I’ve ever had so much fun and was as engrossed in a dust-laden space!

Hours passed. Suddenly, I noticed that one part of the room was lit in a glorious light. The sun was setting and the clouds gave way – it had been overcast with intermittent showers every day when I was in Heidelberg. It was simply brilliant! What luck!

Below is my selection of my favourite images, and before them, a short introduction about what I was photographing:

Disused Machines
Founded in 1810 in Heidelberg, P.J Landfried was a main producer of German cigars in the region. Towards the end of the 19th century, the tobacco factory in central Heidelberg was deemed too small to support the volume of production and work was relocated to the outskirts of the city. Some of the machines were left behind in a storage area within the original premises. 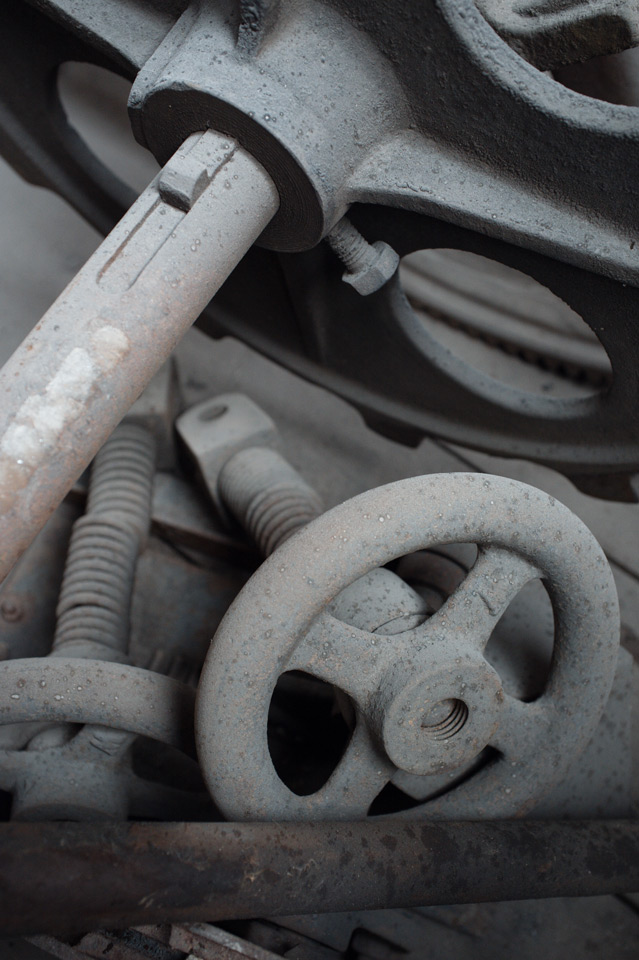 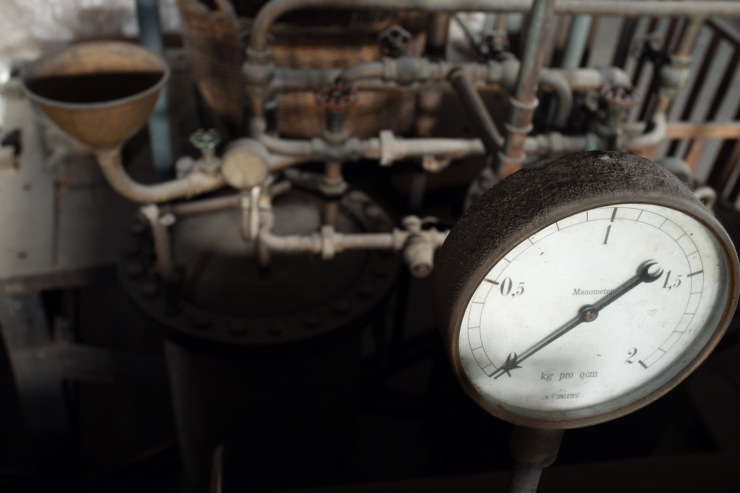